Diplomatically, there has been an effective dialogue and I think the Chinese would be soon picking up their tents and going home. Time to focus back on fight against Corona, rather than those who sent it, writes Major Manik M Jolly (Retd). 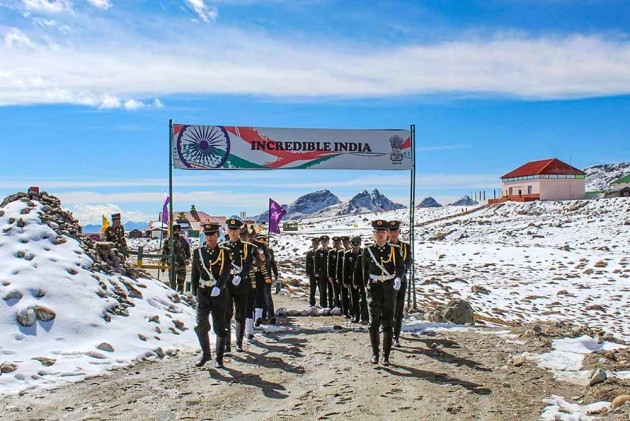 The military stand-off in Leh is an interesting development if you are watching it, a difficult situation if you are in it, and an exceptionally complicated matter if you are trying to decipher it. The better we are at understanding Chinese ‘Scare your neighbours’ game, the better response we will have next time. Because it will happen again, and again. It can be Chumar or Doklam or Leh, location does not matter. What matters is China loves to bully and keeps testing responses. Exceptionally insecure at core, scared of another Tiananmen square, fond of trapping nations in debt trap and struggling to keep control, the Chinese Dragon is fond of rabble-rousing.

While a lot has been said and written about the military stand-off in Ladakh, the media and experts seem to be ignoring the bigger picture here. Yes, the Line of Actual Control (LAC) has been compromised by Chinese infiltration and they have secured around close to 3-4 kms in Galwan River area, which is North Bank of Pangong Tso and, there is also some presence in Demchok. There are lot more details and apprehensions and speculations about the deployment of the troops. But in absence of any official release from either government or military, it’s mostly ‘source-based’ inputs. Picture is not noticeably unclear and while many experts can pat themselves on back on reproducing Indian orbit in media, I am yet to see anything convincing on Chinese troops deployment. Yes, we have experts drowning internet on information on our troops to public and have no idea what Chinese are doing. SunTzu just turned in his grave!

What if I told you that this entire Leh incident was just a footnote in Chinese list of to-do activities for this quarter? While people have been simulating skirmishes and moving animated tanks on TV, in our exuberance to predict, we are forgetting what China is. A quick perspective here might help. With 2.1 million standing army and half a million in reserve, China has three times the defence budget of India (approx. 160 billion USD). It has far more tanks, fighter and attack aircraft, naval vessels, nuclear warheads, and missiles with range up to 15,000 km as compared to India’s 5000 km of Agni-V. China has an exceptionally solid missile cover and deadly cyber warfare capabilities. So what we might like to call a ‘limited war’ would be a quick war with India suffering majorly. After all, nationalism does not make your missiles go further. No doubt we are not the India of 1962 and definitely have the capability of giving a much better fight, but that is all about it. China is not Pakistan that we can roll over in a week and that some Balochistan and PoK will rise to help our fight.

Yet, for all its strength, China has an exceptional natural drawback, which has become the governing principle of its foreign policy. For such a massive size, China has reasonably small coastline. And that gives it access only to East side of the land mass, where it runs into trouble with almost everyone. 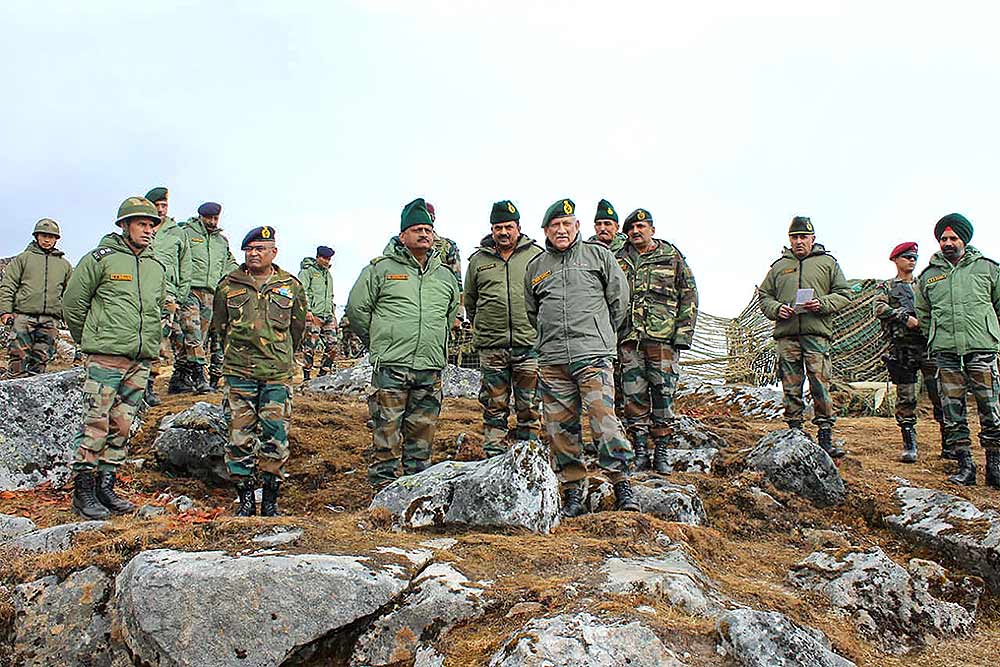 Army Chief General Bipin Rawat during the collective training conducted by troops of Eastern Command at Sela, approximately 90 kms from the Line of Actual Control (LAC), in Tawang district. (PTI)

In July 2016, Philippines won an arbitration against China in South China Sea that denied China’s historical claim to Nine Dash line. Now who stood with Philippines? India. Next, Vietnam has control on maximum features (29) in SC Sea and has often engaged in naval skirmishes with China, giving the giant dragon bloody nose every time. Who has submarine training contingent in Vietnam? India. Where is our biggest naval engagement outside India? Vietnam. What is another big fear for China? Japan. Who is India’s new strategic partner from tech transfer to bullet train to large investments? Japan. Also, Japan’s return to ‘normal state’ will ensure weapon and armament building capability and India could be one of its strategic partners.

Not the happiest news for China.  What is self-explanatory here is commanding Naval routes is a big issue for China. Its entire economy and security depend on it. And it is not getting easier for China in the South China sea and Pacific ahead. The next option was Bay of Bengal and I have read some propagating the idea of giving access of Kolkata port to China, but that I doubt will ever happen. The only option left is Indian ocean and the route to which goes through India and Pakistan. What would you do if you were China? Hold on to Aksai Chin with all your might and build a road to port in Pakistan by making Pakistan your close strategic ally. China has been providing financial assistance to Pakistan regularly. And Pakistan has assured safety of the CPEC and Chinese men and material because the CPEC passes through Balochistan, culminating at Gwadar port in Arabian Sea.

Apart from this, China has major issues with India that are flustering it. Most importantly, the increasing Indo-US collaborations. China is used to seeing India as third world nation struggling under corrupt regimes and losing 1962 battle because nobody knew what to do. The new India is quite different, aggressive and has solid friends. Putin and Trump, both have shown immense faith in India and that does not go well with China. Growing Chinese population in Siberia is becoming a concerning point for Russia, and Communism aside, Russia and China are not the friends they are made out to be. 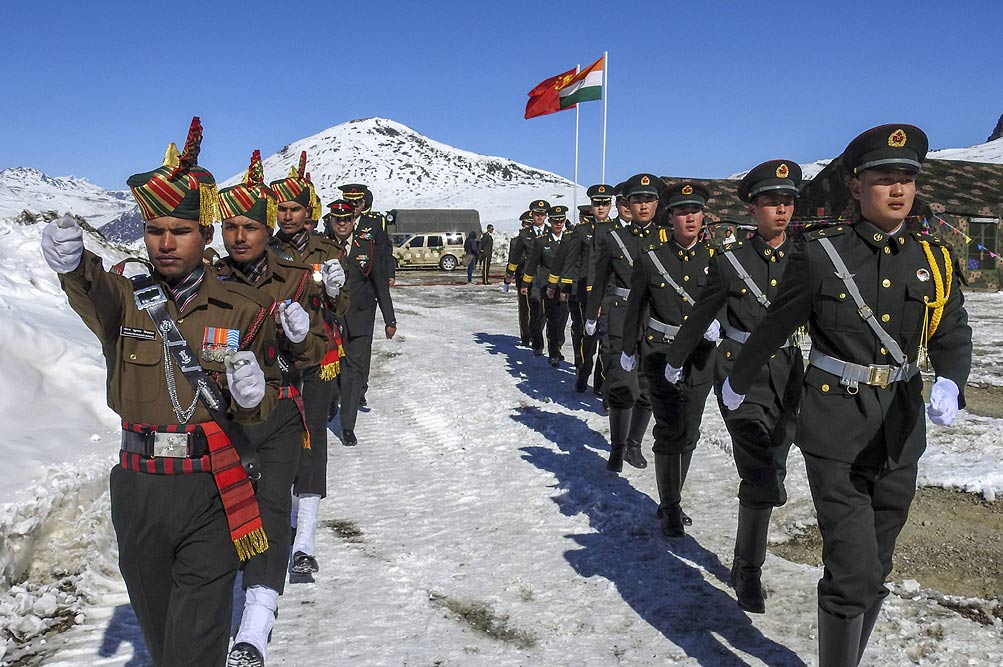 Next comes ‘The Quadrilateral’. India, US, Japan and Australia conceptualised The Quad in 2004, with an initial agenda to create a reactionary force for future Tsunamis in the region. However, it is an excellent opportunity for India to improve its Indo-Pacific strategy and move ahead in the region as responsible leader. China criticised this strongly in 2005 but later came to terms. One of the biggest fears China would have right now is if Quad would turn into a naval/military alliance. And the personal-political relationship between all these countries is a lot better than it was in 2004.

On other issues, like India’s ONGC Videsh’s exploration in Hydrocarbon Block 128 in South China Sea, partnering with Vietnam has always been a bone of contention between India and China. Recently, BJP MPs Rahul Kaswan and Meenakshi Lekhi attended the Taiwan President’s Swearing in ceremony virtually, and that has been highly condemned by China. China made its stand clear on India’s fight against terrorism by voting against the ruling of declaring Masood Azhar as global terrorist. China has been extensively, openly and magnanimously supporting Pakistan in its stand against India, by providing funds, arms and technology. It does not want the PoK to go to India either or it ruins the CPEC plans. China has been vehemently denying India’s entry into NSG (Nuclear Supply Group), a 48-member organisation responsible for global nuclear trade, based on the issue of India not being an NPT signatory.

And finally, Corona. I, personally, do not believe that one needs to engage in petty border skirmishes to evade Corona investigation. If a global team conducts an investigation into China’s role into spreading Covid-19, they will not stop it because few hundred troops are shouting at each other at a remote border post. But what Corona has done is forced many companies to pull out of China and look for new manufacturing and production hubs. This border issue ensures that India comes across as a nation with constant border troubles with its neighbours. Like a jilted lover, China is ensuring that if the companies are not coming there, they don’t come to India either. And then Pakistan. India’s abrogation of article 370 sent shock waves across the region and China was quick to realise India’a ambitious plans. Now as India aims to reclaim PoK, China will help Pakistan fight tooth and nail to stop that from happening. With the pressure building on Pakistan from India, China’s border adventures help Pakistan take a breath.

China does not mind troubles; one should never forget it. While common people and nations run to solve issue and resolve crisis, China does not believe in putting effort and resource and struggle to resolve. It is happy with a problematic status quo and wait till the time the problem turns into an advantageous opportunity. We are dealing with an enemy who we need to understand at the psychological level. How many examples can you quote where a country would do more than 1100 border excursions in two years (2016-2018), make a noise, come back, smile and shake hand. Only to repeat it multiple times. It is slowly building our response matrix, speed to engage and gather resources, closely monitoring those who rant and cry against government in such times and of course laugh when our experts label this as on onset of ‘limited war’. It makes absolutely no sense for anyone to engage in institutionalised violence at this time. World is trying to contain a deadly pandemic.

I will come to the opening sentence of this article. Chinese have a habit of making examples of some to scare the others. It is a cultural thing. The border transgressions are nothing but a message, “Here we are, and see we can come till here and you can do nothing. So, don’t mess with us.” Too bad for them, the present government and Army Chief are not the ones who stare down. The situation has stabilised for now, but the troops have not de-inducted. Diplomatically, there has been an effective dialogue and I think the Chinese would be soon picking up their tents and going home. Time to focus back on fight against Corona, rather than those who sent it.