The Chinese use force not to capture territory but to reinforce political messages, and the consequences in terms of both casualties and returning captured land, is all but inconsequential in their strategic calculus, writes Manish Tewari 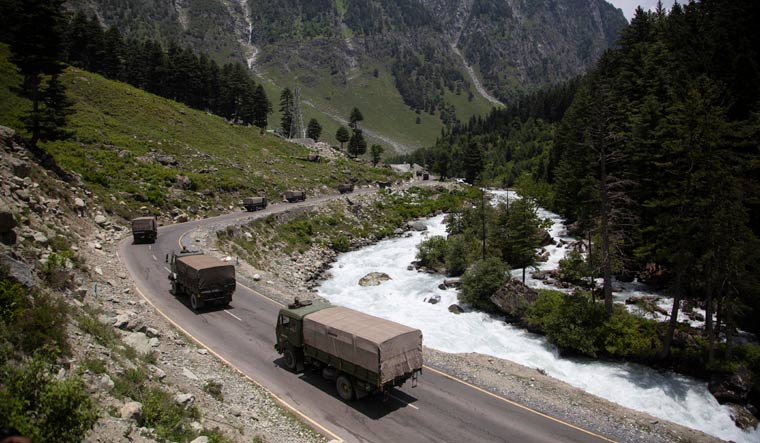 Notwithstanding its current metamorphosis into an authoritarian capitalist entity, China at its core remains a deeply ideological state whose founding principles were enunciated by Mao Zedong in a speech to the Sixth Plenary Session of the Central Committee of the Party on November 6, 1938.

Mao asserted, “Political power grows out of the barrel of a gun. Our principle is that the Party commands the gun, and the gun must never be allowed to command the Party…According to the Marxist theory of the state, the army is the chief component of state power. Whoever wants to seize and retain state power must have a strong army. Some people ridicule us as advocates of the "omnipotence of war". Yes, we are advocates of the omnipotence of revolutionary war; that is good, not bad, it is Marxist…in this sense we may say that only with guns can the whole world be transformed…In China, war is the main form of struggle and the army is the main form of organisation.”

This axiom underscores the doctrinal centrality of both the People’s Liberation Army (PLA) and the use of armed force for the Chinese governing ethos. They become more germane as President Xi Jinping chose to return China to conformist Marxism and Maoist totalitarianism ever since his triple-hatted accession. As the Prussian military theorist, Carl von Clausewitz had observed a century earlier—"War is the continuation of politics by other means”. For the leadership of the Chinese Communist Party, the use of force, therefore, is not for seizing and retaining territory alone but for sharp political messaging.

Also Read | Pangong Tso Lake: Why It's A Sore Finger In Relationship Between India And China

Since the establishment of the Communist rule in China in 1949, it has supported two wars against America and its allies in Korea and Vietnam. It annexed Tibet in 1950. It created three flashpoints with Taiwan in 1955, 1958 and 1996, respectively. It has fought three border wars with India in 1962, the erstwhile USSR in 1969, and Vietnam in 1979. It has been belligerent in the South China Sea since 1974 when it seized de-facto control of Paracel Islands from South Vietnam.

However, China has never fought a major mechanised war ever since the Maoists seized power seven decades back. It hasn’t undertaken a major naval battle in nearly a century and has never worked aircraft carriers or operated anti-submarine warfare forces in war. It does not have a blue-water navy yet. Despite the double-digit growth in Chinese defence, expenditure in percentage terms since the turn of the millennium and the reorganisation of the erstwhile military districts into theatre commands, the PLA has not been truly blooded. On the other hand, China’s most likely rivals, including and not limited to the US, have a broad range of war-fighting experience both at the combatant and institutional levels in multiple theatres across the world.

It, therefore, becomes important to examine the border skirmishes that China has undertaken and see if there are any takeaways insofar the current stand-off between India and China is concerned.

On the heels of a decade long Sino-Soviet Split (1956-1966) on the different interpretations and practical application of Marxism-Leninism, the Chinese attacked a Soviet Military outpost on Zenbao island on the Ussuri River on the March 2, 1969 (The attack bears striking similarity to what happened in the Galwan Valley on June 15 this year). It was a pre-meditated, unprovoked, and brutal attack that left many Soviet border guards dead. Though China had become a nuclear power by then, and could have been pulverized by the overwhelming Soviet might, it did not deter Mao from making a political point through the use of armed force—that no longer was China prepared to play second fiddle to the erstwhile USSR in the Communist orbit.

Once again, on February 17, 1979, the Chinese attacked Communist Vietnam for joining the Soviet-led Council for Mutual Economic Cooperation (Comecon) and signing the Treaty of Friendship and Cooperation with the Soviet Union. China called the treaty a military alliance and labeled Vietnam the “Cuba of the East”. On March 16, 1979, China unilaterally withdrew its forces from Vietnam declaring that it’s “lesson” to its former ally was now over. The attack left hundreds dead on both sides.

This demonstrates that the Chinese use force not to capture territory but to reinforce political messages, and the consequences in terms of both casualties and returning captured land, is all but inconsequential in their strategic calculus.

This brings us to their current standoff with India. Once again, there was no territorial provocation for the Chinese to violate the status quo ante as of May. There may have been irritants in terms of India’s border infrastructure along the LAC in Ladakh and the Home Minister’s bellicose utterances on PoK and Aksai Chin in the Parliament, but not something that was insurmountable through negotiations. The Chinese wanted to deliver a sharp political message to Prime Minister Narendra Modi: do not join the Western chorus against China on Covid-19, do not use your chairpersonship to push for reinstatement of Taiwan’s observer status to the WHO, and finally, do not become an American strategic ally to contain China. More so because most of the other countries that China has issues with in North/East Asia and South China Sea are all currently security treaty allies of the US.

Unlike India, who is passionate about territory given its ethos of Zar, Zan, Zameen, for the Chinese, territory is only a collateral consequence of its political objectives.

Let me close this with a post-script. After the Parliament attack and at the height of Operation Parakram in 2002, former Pakistan President Pervez Musharraf asked a distinguished analyst of South Asian Affairs for a read on India’s intentions. The analyst asked the General not to worry, for India fights over territory and not its people. Given that China has delivered a double whammy—killed our soldiers and occupied our territory—I do hope the NDA/BJP government would prove this analysis as incorrect.

(The author is an MP, lawyer, and former Information and Broadcasting Minister. Views expressed are personal.)