The Citizenship law, which pretended to be a humanitarian exercise, became a parochial, communal act exposing the cosmopolitan pretensions of the BJP. 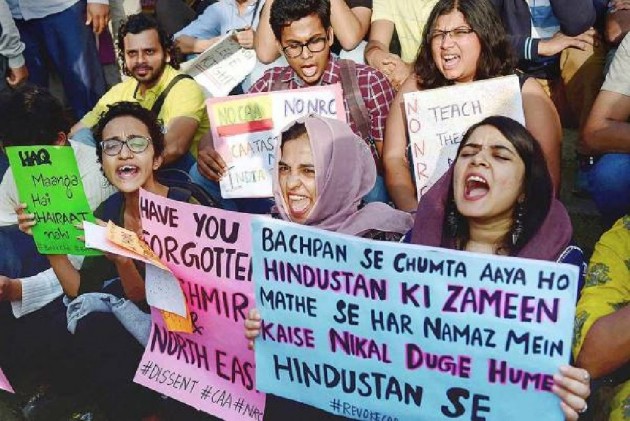 Concepts, especially ruling concepts, mark different stages of a regime. The first stage of the BJP regime was marred by a preoccupation with nation-state, patriotism and security. These three concepts worked efficiently to literally create a country in uniform. These concepts virtually regimented the reactions of people.

In the second stage, the BJP thought it could rework the concept of citizenship. It reduced citizenship to an act of identification, allowing neither memory, residence or belonging as complementary factors. Citizenship became a clerical exercise rather than a celebration of politics. To this clerical piety, Modi attempted to add a humanitarian colouring which backfired.

He tried to imitate the Israeli Model of offering refuge to all persecuted Jews by providing automatic citizenship for Hindus persecuted in neighbouring countries. Sadly, he added, a proviso of excluding Muslims from the classification. What pretended to be a humanitarian exercise became a parochial communal act, exposing the cosmopolitan pretensions of the BJP.

The reactions that followed, expressed especially as a protest on University campuses, was a lesson in pedagogy and politics, the BJP is not likely to forget. First, the protests that followed showed that democracy in India still saw citizenship as a life-giving term. Secondly, democracy and citizenship carried a sense of plurality and polysemy, a celebration which always eluded the ruling regime.

When the Citizenship Amendment Bill was introduced, it was students from the Universities who led the protests. The protest was literally a festival, a theatrical display of what citizenship actually meant.

The protests which spread to a dozen universities listed out the thesaurus of words that accompany the notion of citizenship which is never a passive term but an active interpretation of role definitions. The citizen, as marker, was not a label or an official stamp, a stencil of identity to be cut on a people, but something the citizen lived out.

It was the lived, cosmopolitan world of citizenship the students reminded the regime about. Citizenship, they told the BJP, was not a passive act but a proactive ritual, where citizens created and participated in the various meanings of the word. Citizenship, they reminded the BJP, could not be reduced to a mere act of passive certification. It was heartening to see that citizenship did not equate itself with some illiterate act of puppetry.

One suddenly witnessed a complete transformation in the ecology of politics. Majoritarianism was no longer the flavour of the week, but one witnessed the deep roots of secularism, plurality, cosmopolitanism, none of which could be reduced to crude demography of numbers. What was moving in that students as future leaders and academics showed that they valued the power and creativity of concepts? In the last few weeks, citizenship acquired the authenticity of being.

One witnessed this, particularly, in the way civil society reacted. Parents, academics and fellow citizens suddenly realised that they could not be mere passive spectators but had to intervene actively as fellow dissenters, emphasising the vitality and authenticity of protests against the imposition of Section 144 in Bangalore.

As Rajiv Gowda, the Congress MP emphasized, non-violent protests can be beautiful and liberating. It adds life, a catalytic power to the nature of citizenship. But it is clear by now that this is only half the story. It is like an interval in politics where majoritarian India looks in the mirror and sees a pluralistic India. The question observers immediately ask is ‘what then?’. Where does India go from here?

At a time when parties are weak and the opposition in Parliament suffers from inertia, it is civil society especially the University that must return normalcy and a healthy climate of debate and dissent to our political framework. This hope is echoed in the waves of support the protest received from intellectuals and students elsewhere.

It is clear now that Indian democracy under Modi is no longer taken for granted. Democracy has to be reinvented again and again and it is only civil society, the social movements and the academe that can sustain it. This demands creativity that combines philosophical concepts and ethical acts, experimenting deeply and creatively with the Gandhian idea of Satyagraha where every man becomes a potential political leader.

But this is the final beauty of citizenship which expects every man to lead and follow. It is a moment of history that captures the poetics of democracy. At this moment, one cannot ask for more.

(Shiv Visvanathan is an academic associated with Compost Heap, a group in pursuit of ­alternative ideas and imagination. Views expressed are personal.)