Among all our laws, Section 43D(2) of UAPA is arguably the most violative of principles of justice—it totally eclipses procedural fairness, and permits pre-trial incarceration up to 180 days 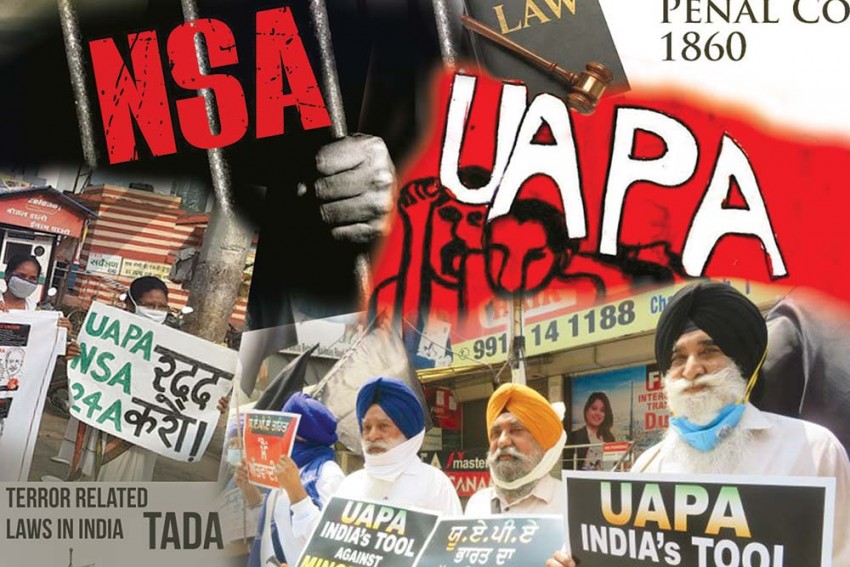 Article 21 of the Constitution, which guarantees the right to life and liberty, also mandates that any limitation of these fundamental rights must adhere to just, fair and reasonable procedures. The due process set out in the law to guarantee this states that every time a person is arrested, she must be brought before a judicial magistrate within 24 hours. Any further detention must only be based on a judicial order with the magistrate independently deciding whether the person should be detained or not. The judicial scrutiny has been mandated to ensure a layer of checks and balances on police powers by an independent authority.

The importance of adherence to procedural fairness and the checks and balances asserted on custodial powers by independent judicial authority assumes greater significance when personal liberty is infringed upon for an extraordinarily long period by the use of exceptional powers granted to the police under special laws. For instance, under the Unlawful Activities (Prevention) Act, 1967, obtaining ‘regular bail’ has been made more difficult than it is under ordinary law, as it ‘prima facie’ assumes guilt instead of innocence of the accused. However, recognising the higher threshold of maintaining procedural fairness in cases involving UAPA, the Supreme Court in February this year released a citizen after six years and underlined that such a long incarceration can only be permitted when a swift trial is ensured.

Another exception to bail provisions, where adherence to procedural fairness requires attention, is under Section 43 D(2) of UAPA. Under this provision, the time period for which a person can be kept in jail for want of completion of investigation is 180 days. Under ordinary law, even in the most heinous of offences, a person cannot be detained beyond 90 days if the police fails to complete investigation. This is the right to be released on ‘default/statutory bail’. According to Section 167 of the Code of Criminal Procedure, this itself is an exception, as detention beyond 24 hours is not permitted even if the police investigation is incomplete. Thus, Section 43D(2) of UAPA is an exception to the exception under ordinary criminal law. Therefore, the burden of adherence to procedural fairness before such an extended jail term is permitted has to be very high. However, this has not been the case in practice and adherence to procedure has been lacking despite the purported “gravity” of the cases.

A review of recent cases involving application of this law demonstrates that though in theory the purpose of Section 43D(2) is to grant additional time for the police to uncover facts, in practice it ends up rewarding their incompetence and their intention to ensure prolonged detention of citizens without trial. The story of this law, therefore, reveals a sordid account of the evisceration of Article 21, non-adherence to procedural fairness and utter disregard for a citizen’s liberty.

To ensure procedural fairness, a multi-layered scrutiny of the police’s claim that it needs more time for investigation beyond 90 days has been introduced in this law. The police must present its progress to the public prosecutor, who must independently assess whether there is a need to extend time for investigation and the detention of the accused. The prosecutor prepares a separate report for the court, either recommending extension of time, or refusing the claim of the police (Hitendra Vishnu Thakur, 1994). This report then becomes the basis for the court’s decision in the next round of scrutiny. In this manner, both the public prosecutor and the magistrate act to balance the extraordinary deprivation of liberty under UAPA.

However, case after case brings out collusion between the public prosecutor and the police. In a recent case, the National Investigation Agency (NIA) claimed to have seen the report of the public prosecutor, yet the trial court did not take note of the collusion. In fact, the court also erroneously based its own scrutiny on the police report instead of that given by the prosecutor.

In February 2019, in the Elgar Parishad case involving Surender Gadling and four others, the Bombay High Court had ordered the release of the petitioners noting that there was no report by the prosecutor and that the investigating officer himself argued the matter before the trial court. However, even though a full layer of scrutiny was absent, the Supreme Court did not permit their release, relegating the procedural safeguards as mere technicalities, holding that it is irrelevant who prepared the report as long as the reasons for extension are sound.

It is seen, therefore, that the prosecutors as well as courts are overlooking the in-built procedural safeguards in UAPA which mandate stricter scrutiny in matters of liberty. The Supreme Court’s decision in the case of Gadling not only dilutes these safeguards, but also demonstrates the inevitable conclusion that, in special laws, the presumption of “gravity of offence” and the loosely applied idea of “national security” takes precedence while procedural fairness takes the backseat.

A Carte Blanche To Police

Another crucial dimension of procedural fairness in matters of arrest is that the person must be informed of the reasons for her detention. This is guaranteed under Article 22 of the Constitution which asserts, as a fundamental right, that “no person who is arrested shall be detained in custody without being informed, as soon as may be, of the grounds for such arrest”. She must also be given a proper hearing in accordance with the tenets of Article 21. However, we have seen that not only are the proceedings under Section 43D(2) kept secret from the accused, but her right to be heard is also undermined.

This can be best explained from the case of Sharjeel Imam (2020) who was not even present before the trial court on the day when his extended detention was sought by the police. The Delhi High Court accepted the state counsel’s plea that it was enough for Sharjeel to “know” that such a proceeding was under way. The constitutional right of knowing the reasons for one’s detention and for being heard was discounted on the strength of a Constitution bench judgment in the case of Sanjay Dutt (1994) which ironically makes the presence of the accused necessary in these proceedings at the very minimum.

It must be remembered that concealing progress of investigation during bail hearings cannot be done except in rare circumstances. Even though the bogey of the “sensitive” nature of the case continues to be used to scuttle rights, the police and the prosecutor in UAPA cases must be asked to explain specifically which portion of the report requires to be concealed and why. The anxiety about letting the accused know the reasons for detention, a guarantee under Article 22, on the ground that investigative processes may be impeded is also unfounded. Under Section 43D(2), it is not the evidence which is to be scrutinised at this stage, but the assiduousness with which the investigations have been conducted.

By keeping a person in the dark about reasons for her own extended incarceration and preventing her from being heard amounts to a serious eclipse of the promise of procedural fairness. This results in permitting a carte blanche to the police under these special laws, while the citizens are left to negotiate in a blindfolded manner.

Pretence Of Due Process

During proceedings under Section 43D(2), it is invariably seen that routine requests are made for extensions for even simple investigative procedures like translations. The investigating agency should be the first to be concerned about expediting investigation in matters purportedly concerning “national security”. On the contrary, in most cases they are seen justifying their own delays and claiming privileges under exceptions in the law.

Viewed in this light, the facade of concealment and the general lackadaisical approach only exposes the intent of the police to inflict extended pre-trial imprisonment on citizens. It reveals gross abuse of powers by the police granted in the name of aiding “difficult” investigations. This is demonstrated in the case of Gautam Navlakha and Anand Teltumbde, where the “pandemic” was cited as a reason by the NIA for its inability to examine witnesses, in a bid to justify 90 more days of incarceration, whereas the same pandemic did not prevent the NIA from making arrests in ten other cases across the country.

Article 21 mandates that a citizen must not be made to suffer a single day extra in custody without following due process. But Section 43D(2) fails to live up to this promise. The pretence of adherence to due process in the name of its in-built safeguards is exposed when we see that the full additional 90-day period is allowed mechanically to the police. Despite collusion between the prosecutor and the police being apparent, the “multi-layered scrutiny” does not come to the rescue. To add insult to injury, the accused is blindfolded on the reasons for her own detention. And the pretext of “gravity of offence” continues to influence the decision on the question of liberty.

It is clear that in UAPA cases, it takes years of incarceration before our institutions take note of the serious violations of constitutional rights suffered. Even in the judgment passed by the Supreme Court in February 2021 cited above, the court recognised the need for adherence to procedural fairness only after six years had already been spent in custody, by which time the intention of the police to inflict pre-conviction detention as punishment has already been met. In a situation where the costs on human liberty are so high and the misuse of the provision so normalised despite procedural safeguards, the conclusion is inescapable that Section 43D(2) of the UAPA must be repealed with immediate effect.

(Radhika Chitkara and Vikas Kumar are both secretaries with the People’s Union for Democratic Rights. Views expressed are personal.)