The most exposed of these groups is transgenders, who depend on begging, sex work and ritual functions for their daily sustenance — all of which are met through social contact, writes Priyadarshini Sen. 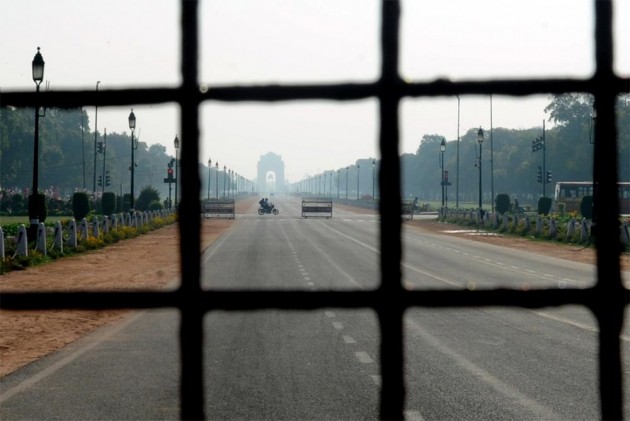 Recently, the self-styled Hindu godman Swami Nithyananda, who claims to have discovered over 400 esoteric powers such as third-eye awakening, announced on his official Facebook page a “28-day spiritual regimen” to “heal the world from the effects of Coronavirus.”

“If you’ve got 11 or more lemons pierced into your body, you are absolutely protected from the Coronavirus,” he says, drawing on traditional healing practices of Hindu sages.

“Whatever our rishis prescribed was highly scientific—including vegetarianism, taking bath twice a day and maintaining distance.”

Amid the Corona outbreak in Pune, a pastor in the Western Indian city endorsed a sacred oil therapy accompanied by chanting “blood of Jesus” 100 times to keep the virus away.

Even the Hindu Mahasabha president Swami Chakrapani Maharaj claimed cow urine and dung can “kill the novel coronavirus and end its effects on the world.” Cow urine as an elixir for the pandemic drew dozens of Hindu activists to a party in Delhi recently where they staged fire rituals and drank from earthen cups.

Described as an “unprecedented threat” by the World Health Organisation (WHO) director general Tedros Adhanom, Corona has affected over 2,00,000 people and caused 8,000 deaths worldwide. The numbers are only rising.

With godmen and religious leaders preaching ways to scale back the galloping Coronavirus crisis in India, they could well do with some empathy for the underclass. The number of reported cases in India is still under 200, but it won’t be long until the most vulnerable working classes— for whom social distancing is a pipe dream — is waylaid in the absence of “affirmative action.”

The most exposed of these groups is transgenders, who depend on begging, sex work and ritual functions for their daily sustenance — all of which are met through social contact. Even though the central government, political and religious leaders made efforts to accommodate trans women in Prayagraj’s Kumbh Mela last year before the general elections, they have now chosen to relegate them to the margins.

None of the quarantine centres across India are ready to accommodate transgendersin separate isolation wards, should the virus permeate the community. If anyone contracts the virus, they will be compelled to stay in the male or female wards, where discriminatory treatment is a high possibility.

In this haze of confusion, a trans leader from Calcutta petitioned the WHO, central and state governments recently to initiate separate isolation wards for suspected Coronavirus patients from the LGBTQ community. But she’s still waiting to get a response that could alleviate some of their panic and distress.

The trans community in India sprang into action when more than 100 LGBTQ and LGBTQ-supportive organisations in the United States released a joint open letter on March 11 to healthcare providers and media outlets urging them to be aware that the LGBTQ community may be at greater risk of contracting the virus than the general public.

The increased vulnerability of sexual minorities is due to the higher use of tobacco than the general population and the higher rates of HIV and cancer due to their compromised immune systems. Besides, they continue to experience discrimination and hostile attitudes from providers and staff in many healthcare settings, making them reluctant to seek medical treatment.

A 2016 Lancet paper on health of transgenders in India and Pakistan pointed out that while the sexual minority may have received legal recognition, their access to healthcare is abysmally low. Besides, there are hardly any anti-discrimination laws in place to safeguard equality in healthcare access.

The Transgender Persons (Protection of Rights) Bill, signed into law by the President in December 2019, has met with severe criticism from the community. They feel some of its provisions are unconstitutional, including the third sex’s inability to self-identify their gender without undergoing sex reassignment surgery.

The Act clearly prohibits denial or discontinuation of or unfair treatment of transgenders in healthcare services, yet they’ve been completely forgotten in this extraordinary time of crisis when equal access to healthcare would not only empower them but also charge their community spirit.

The transgenders are one segment of India’s large informal sector whose livelihood is entirely dependent on daily wages and gig jobs. For daily wage labourers, street vendors and domestic help, staying off work means no food on their tables for days and social distancingan impossible dream.

The same, and particularly dangerous threat, looms over hundreds of millions packed into India’s massive slums, where maintaining hygiene is difficult and people have to leave their homes daily for work to survive.

The partial lockdown in India reeks of a class and caste bias as socially, economically and sexually disadvantaged groups have been left vulnerable and exposed. As they go about working for other people, not only are they left more susceptible to the virus but also face the possibility of being denied basic healthcare that the urban elite and middle classes will scramble to scoop up.

Religious leaders across communities should be mindful of this.

While dishing out indigenous and homegrown remedies to save the world from Corona, they could well churn out an empathy potion for the written-off. They may need that even if concrete and targeted government policies along with community backing are imperative.

(Priyadarshini Sen is an Independent Journalist based in New Delhi. She writes for India and US-based media)