The mosaic of progressive utopias needs to seek social, political, economic and ecological transformations to face the challenges of today and outline a sustainable future based on peace and prosperity. 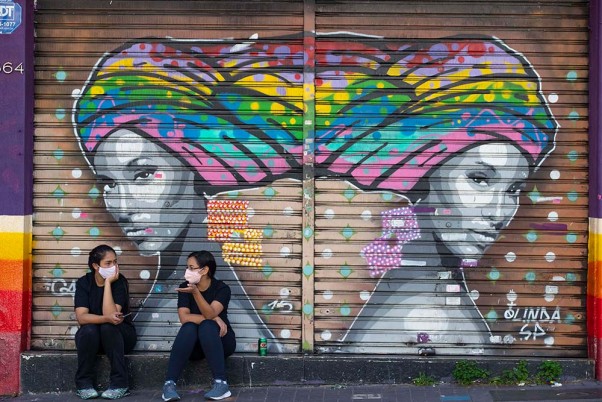 The Coronavirus pandemic has forced the world into an uncharted territory where businesses suffer with unpredictability and people look at the future with hopeless abyss. The global, national, and local systems are becoming more fragile, causing esoteric turmoil in human lives. The crisis is proliferating in every step of human lives, institutions, and networks. The politics has lost its direction to serve people. The power structure does not show any sign to reform itself. It is a prelude to turbulent future. It is making every effort to subvert democratic rights and freedom of people. The reactionary and right wingers are competing to overtake each other in promoting the politics of bigotry. There is growing sense of alienation among people. It is chaos and crisis that defines everyday lives in the world today.

Every crisis breeds hopelessness and utopian visions, both in its progressive and regressive forms. Every ideology carries certain element of utopia. The regressive utopias are based on constructed propaganda to achieve certain goals of ruling regimes and capitalist classes. The regressive forms of utopias lack imaginations. The ‘American Dream’, ‘Sun never sets in British empire’ and ‘Fair and Lovely’ are classic examples of unscrupulous and regressive utopias, that promote capitalism, colonialism, sexism and racism. The regressive utopias obscure social, economic and political realities. It demolishes individual needs, dreams, desires and priorities. It promotes capitalism within economic systems and totalitarianism and colonialism in politics. The global capitalist utopian vision has promised prosperity for last five centuries but failed to eradicate poverty and inequalities. It accelerated the processes of marginalisation and deprivation in a world scale. There is a massive growth of wealth and miseries at the same time. It indicates that capitalism is based on false propaganda. There is no vision for the people within its utopian outlook. A trail of destruction defines capitalism and all its establishments.

The establishment always frames alternative social transformations as dangerous. In the annals of history, every time the masses have challenged the power structures, they were branded as radicals and criminals. The ruling and non-ruling elites have always considered socialism, communism, democracy or any progressive ideals as dangerous utopia. History reveals that the progressive utopian ideals help human beings to recover from the crisis. So, human search for progressive utopias and turning them into reality takes societies forward. All social, political, cultural, religious and economic transformations have followed their path in search of utopias. The emancipatory ideals drive progressive utopian visions. Hence, the regressive and conservative forces are always opposed to utopian ideals because it destabilises their worldviews based on power and privileges. Utopias can breakdown the unitary worldview of capitalism and all its affiliated philosophies.

Coronavirus Crisis And The Future Of Mass Movements

The Austrian-born British philosopher, Karl Popper, who considered himself as a critical rationalist was, in reality, a conservative-liberal philosopher. His opposition and unstructured critique of utopianism in his books {‘The Open Society and Its Enemies (1945)’, ‘The Poverty of Historicism (1957)’ and ‘Utopia and Violence (1963)’} helped the growth of reductionist technocratic politics. His so-called ideas of scientific rationalism provided philosophical foundation to the neoliberal social democracy and rational choice in economics. The spirit of reason, reform, criticisms, and other ideals of open society die its natural death in a capitalist system, where utopias are considered as unproductive debauchery and destructive. This is the way capitalism socialises masses and organises itself as the only viable system that destroys the very arguments of Karl Popper for open society. It is utopia that promotes open society and democratic culture. The idea of human progress owes its origin within utopia. In defence of utopia, Thomas More has written a book called ‘Utopia’, where he argued that ‘the only authentic image of the future is, in the end, the failure of the present’. His prophetic words established utopian traditions and continue to resonate with our times even 505 years after the publication of the book.

In reality, the capitalist utopias were hidden behind limitless rules and regulations within the darkness of bureaucracy because capitalism failed to deal with everyday challenges it produces. David Graeber in his book The Utopia of Rules argued that the capitalist establishment’s “refusal to deal with people as they actually are”. Therefore, it tends to promote consumer culture to convert people into customers; transforms social relationship into market led exchange relationships and individual needs into desires. These changes are the foundations of fake American dreams of prosperity, which demands individuals to surrender themselves within their unbound desires. The unbound desires create conditions for unfree labour, which is the core of capitalism and its illicit economy.

In the face of unfettered capitalism in alliance with right wing and reactionary politics, and climate change across the globe, it is difficult to imagine alternative utopias to end market domination over human lives. The plight, precarity and crisis due to the outbreak of Coronavirus offers fertile grounds for radical transformation of the world organised around capitalism.  It depends on the quality of our utopia and commitment to transform it into reality. The struggles for democracy, universal adult suffrage, citizenship rights, women’s right and right to life, liberty and equality were utopias at one point of time. The struggle of human beings transformed these utopias into realities. The utopias are not just about idealisms for the future to deal with different crisis. It is also thinking about the present issues based on past experiences. Utopias are unseen platforms of mind, where people imagine a better world than the present one. The rejection of utopias limits human imagination for better. It pushes masses into a corridor, where they lost the ability to imagine the meaning of their existence based on their own experiences. Such a process helps in naturalizing and normalizing ‘there is no alternatives’ to exploitative and unsustainable capitalist system. Utopias are not manifestos for change but it creates open space to imagine alternatives that facilitates change in the society. In the history of ideas, utopianism played a significant role in shaping our everyday lives. It is impossible to live with the challenges of the present and imagine the future without the utopias.

The Coronavirus pandemic has revealed the capitalist delusions. It pushed human lives into disposable body bags. It is proved that deaths and destitutions are integral to capitalism. Therefore, the mosaic of progressive utopias needs to seek social, political, economic and ecological transformations to face the challenges of today and outline a sustainable future based on peace and prosperity.

(The author is a Senior Lecturer of Business Strategy at Coventry University, UK. Views expressed are personal.)