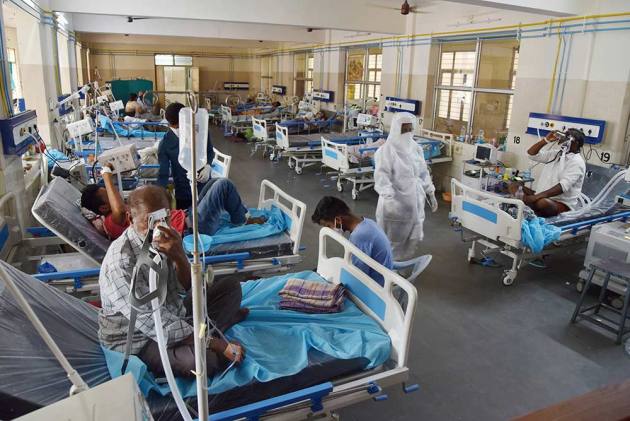 Last year the world witnessed one of its biggest catastrophes in the form of Covid-19. The daily routine of human life got completely disrupted across the globe and it was termed as one of biggest pandemic of recent times. If we recall almost all the administrators across the world were struggling to handle the situation with a solitary exception in our Prime Minister Modi. With an exemplary performance, India stood tall and retaliated the crisis. India was hailed as the global leader by leaders across the world in handling the pandemic with utmost efficiency, planning and execution.

Since it began, total Covid infected population in India is 2,65,30,142 , out of which already 2,34,25,467 people have recovered which is an astounding 88.30% recovery. At the time of writing, active cases are 28,05,399 which is approximately 10% of total infected and the most significant data is the total fatality count of 2,99,266 which is 1.12%. Now let’s take a look at the total population as well as the density of population countrywise :

This is statistical data that the population of India is much more than the cumulative population of USA and all major European countries put together. The density of population in India is 382 persons per sq km while the same in USA is 36 persons per sq km. The same data for France is 122.34 persons per sq km while for Italy is 205.45 per sq km. This is an eye opener for all that despite such huge density of population India has only 1% fatality rate while the same for USA is 2% (approx. 6 lakh death out of 3.34 crore cases ). For France it is also 2% approx. (1.09 deaths out of 59.2 lakh cases). This data is officially available and proves the extreme efficiency in which the Indian Government under the able leadership of PM Modi has been extremely successful in combatting this global threat to mankind. Even at the outset of the 2nd wave, India has been successful in creating additional medical infrastructure like increasing number of beds, oxygen cylinders and vaccination.

Now coming to the vaccine part – till date India has successfully vaccinated more than 17 crore people while for USA only 37% of their population has been fully vaccinated which comes around 10 crores. This despite the so called highly developed medical infrastructure in the US. So, this proves that India has been consistently doing an excellent job in fighting this pandemic and will continue to do so in days and months ahead. We, as sensible and law abiding citizen of this country, need to support the consistent effort of our government led by Prime Minister Modi. Let’s take a pledge that India will be the best again in this battle against Covid.

(The author is a former Member of Parliament and currently National Secretary of Bharatiya Janata Party. Views expressed are personal and do not necessarily reflect those of Outlook Magazine.)