Damaging The Political Struggle In Kashmir

Today, Kashmir has a complicated story. Those involved in the ‘armed struggle’ are not likely to give up doing so for the fear of becoming irrelevant, losing their power and running afoul of Pakistan’s Inter Services Intelligence (ISI) and on the other hand, despite the unending damage that the ‘armed struggle’ is doing to the political struggle in Kashmir. 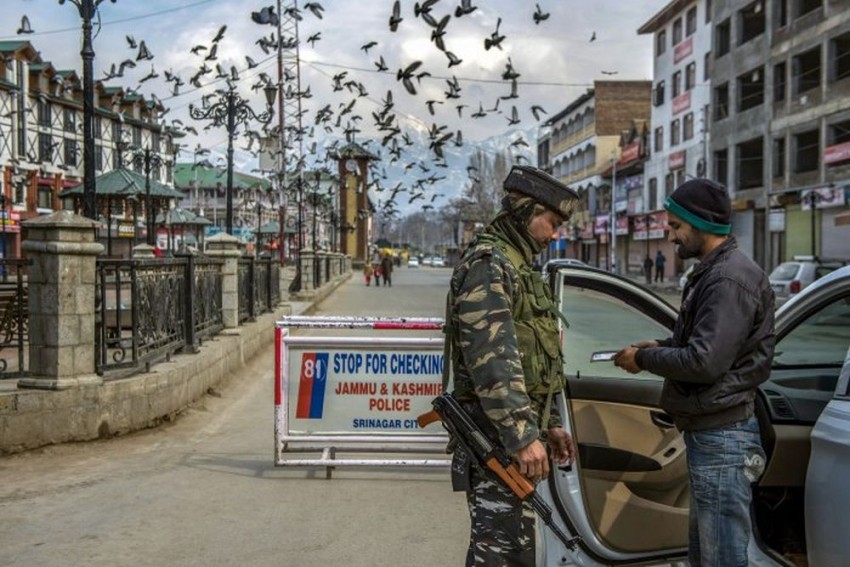 On 24 Thursday, 24 September, Kashmir witnessed the blood of innocents being spilled in violent incidents, as militants opened fire at a lawyer, Babar Qadri, in Srinagar and killed in the most gruesome manner. On the same day, a CRPF ASI was also killed by militants and his rifle was snatched at Chadura area of Budgam district.

This is not the first occasion wherein innocent civilians have been killed or injured by militants and neither is it likely to be the last for occurrence of a tragedy of this nature. Whenever such an incident takes place, militants quickly blame the same on retaliatory actions by security forces or the police. However, since there is no mention of any retaliatory firing by the CRPF or police in the two attacks, it is obvious that militants are responsible for the civilian deaths and injuries. And this makes one wonder as to why those who call themselves ‘freedom fighters’ and claim to be fighting to give Kashmiris a better life are killing the Kashmiri people so frequently?

There was a time when the world approved of ‘freedom struggles’ by subjugated people for ending tyranny, but things today are completely different. This is because in a world that is plagued by rampant violence arising out of conflicts that are political, social, ethnic or communal in nature, to differentiate between ‘freedom struggle’ and ‘terrorism’ becomes extremely difficult. In addition, due to the current belief that violence cannot permanently resolve any issue and differences can only be sorted out through dialogue, the concept of ‘armed struggles’ as a tool for remedying wrongs has been universally rejected.

In 2016, while addressing Pakistan Muslim League (Nawaz) central working party, Nawaz Sharif who was then Prime Minister (PM) of Pakistan had said that "India is mistaken if it considers that a freedom fight can be equated with terrorism." A year later, the US State Department designated United Jihad Council chief and Hizbul Mujahideen supremo, Syed Salahuddin, a "global terrorist" and Pakistan’s Foreign Office (FO) called this decision “unjustified” without naming him. However, by saying that Islamabad remained committed to fighting terrorism “in all its forms and manifestations” and at the same time adding that the Kashmir struggle “remains legitimate,” the FO is itself guilty of indirectly linking the ‘armed struggle’ in Kashmir with terrorism!

Expectedly, Sharif’s attempt to portray militancy in Kashmir as something “legitimate” found no takers and luckily, his successor, Prime Minister Imran Khan soon realised that no nation approved of the so-called ‘armed struggle’ in Kashmir. This could be the reason for his cautioning his people that “If someone from Pakistan goes to India to fight… he will be the first to do an injustice to Kashmiris; he will be the enemy of Kashmiris.” By further admitting that, "until we came into power, the governments did not have the political will, because when you talk about militant groups, we still have about 30,000-40,000 armed people who have been trained and have fought in some part of Afghanistan or Kashmir," he made his disapproval of Pakistanis fighting in Kashmir clear.

Sadly, despite his astute advice, both militants and supporters of ‘armed struggle’ in Kashmir refuse to accept this reality and due to this, the international community has distanced itself from the Kashmir issue as is evident from the lukewarm response to the abrogation of Article 370, and six months long internet ban.

Everyone knows that the ‘self-determination’ movement in Kashmir is getting a bad name due to militancy and non-Kashmiri armed groups like Lashkar-e-Taiba (LeT) and Jaish-e-Mohammad (JeM) fighting in Kashmir are only making the situation much worse. Unfortunately, no one dares to publicly denounce the presence of foreign militants in Kashmir due to the fear of annoying them, as they are well aware of the grave consequences that would follow. The last time someone did so was in 2002, when senior Hurriyat leader Abdul Ghani Lone had said that "Non-Kashmiri militants are creating problems for us. Their presence is a distortion of Kashmir's freedom struggle. Jaish-e-Mohammad and Lashkar-e-Taiba are non-Kashmiri groups... They are not for Azadi (freedom). They are for international Jihad and they have their own agenda.” Shortly after he made his disapproval of foreign militants in Kashmir public, Lone was assassinated when he was commemorating the twelfth death anniversary of Mirwaiz Maulvi Farook.

Though the Hurriyat leadership blamed the intelligence agencies for this murder as it had done in the case of JKLF ideologue Prof. Abdul Ahad Wani, but nine years later, former Hurriyat chairman Prof. Abdul Ghani Bhat cleared the air by admitting that "Lone sahib, Mirwaiz Farooq and Prof. Wani were not killed by the army or the police. They were targeted by our own people.” However, what Prof. Bhat revealed was nothing new as the people of Kashmir knew this all along. It was the fear of meeting a similar fate that had prevented (and still prevents) them from openly talking about the involvement of Pakistan based armed groups in these killings.

Today we have a complicated situation in Kashmir. Those involved in the ‘armed struggle’ are not likely to give up doing so for the fear of becoming irrelevant, losing their power and running afoul of Pakistan’s Inter Services Intelligence (ISI). On the other hand, despite the unending damage that the ‘armed struggle’ is doing to the political struggle in Kashmir. Hurriyat, the intelligentsia and civil society find it more convenient to avoid any discussion on the subject. Lack of any criticism on acts of violence that kill or injure innocent Kashmiris has emboldened militants and since they are not answerable to anyone for their actions, such unfortunate acts are thus likely to continue unabated.

And so, while we may accuse security forces of committing excesses, let’s not forget that the whole world is also seeing what the militants are themselves doing in Kashmir!