Bharatanatyam mixed with Chinese poetry. Heartfelt Bhakti and the making of a flute. 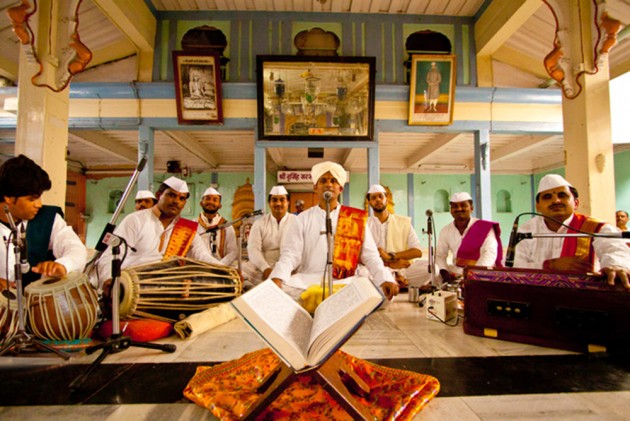 Dances for all nations

Rukmini Chatterjee has always embraced a world view. Through nearly two decades when she was based in Paris, Chatterjee continued her Bharatha Natham performances, performing for events organised by the likes of Hermes and Galleries Layfayette, creating choreographies that told global stories. Bharatha Natham and hip hop, Flamenco and Kathak, Tango, Classical ballet and Bharatha Natham...the East and West have moved in sync on her stage creating whirling, rhythmic patterns that spoke of an underlying truth: that all art beats to the same rhythms.

Now based in Delhi, Chaterjee is planning her next show. This one will be an exception. With only Indian performers.

The Confluence Of Dance And Music To Beat The Lockdown Blues

Locked In And Dreaming Of Sky

Music To De-stress And Finding Art In Found Things

Blame it on COVID, or attribute it to a new sensitivity that recognises the variety of dance forms available within India. ‘These Corona times have made me think differently,’ the dancer says.  ‘They have inspired me to work with local artistes yet create a universally relevant choreography.’

Her theme will hinge on the concept of Desire. She explains the choice,  ‘The reason why I have chosen to work with the theme of Desire is because India all through the ages has deeply reflected on this theme. I wish to continue on the same path and bring forth a choreography which will speak to a contemporary global audience.’

‘Desire was the firstborn of all things and from desire, the world was born’, she adds, quoting The Rig Veda.

The choreography will include three dancers, performing in classical Indian dance styles, and expound a storyline which will head towards a climax through rhythm, lyricism and emotion, ‘so that the Rasa of desire is born in the hearts of the audiences.  The exploration of the universal emotions of passion, jealousy, anger, love, peace will be the building blocks of this leitmotif. The profane and the sacred, the old and the new will seamlessly merge in this piece,’ she explains.

Desire was also central to Chatterjee’s last performance, held in December last year. Shiv Yin, as the ballet was called, mingled Tai Chi and contemporary Chinese dance with Bharatha Natham, Odissi and Kathak. Created under the auspices of the China Federation of Literary and Art Circles (CFLAC), which works to bring India and China together through the arts, Shiv Yin narrated a love story that portrayed the emotions of desire, jealousy, anger and ultimate union.  Sanskrit mantras and poetry sourced from Indian and Chinese texts blended with the music of both nations to create the aural score for the dancers. The choreography was in collaboration with Teng Aimin, who heads the Beijing City Contemporary Dance Company.

Though she would like to keep the much acclaimed performance alive; knowing the uncertain relationship at political levels between the two countries Chatterjee is deep into etching out her new project. If the virus abates and a live performance is possible, the show will go on stage by December this year. If not, Chatterjee will have to choose to delay, or go digital. Either way, her desire to perform will not go unfulfilled.

A snippet from Shiv Yin can be seen here:

Warkaris, who are mainly farmer-pilgrims from Maharashtra, have been singing their way to a darshan of Vittal, another name for Krishna, since the 13 th century. The songs they sing are steeped in Bhakti, composed by many saint poets, including Tukaram and Dhaneshwari, who lived at different times through five centuries.

The music comes straight from the heart. Warkari singers do not perform for other humans, their musical offerings are mostly for the ears of their lord, Vittal of Pandharpur.

Which is why it is a rare treat to be able to listen to a performance of warkari music. On Sept 12, 7 pm, Avadhoot Gandhi and his group will sing Songs of Devotion & Ecstasy: The Varkari Tradition.

Though the pilgrimage is usually undertaken in late June or July depending on when the Ashadi Ekadasi happens to be, the performance should still evoke the same emotions that anyone would experience on listening to the groups of farmer-pilgrims wending their way on foot across Maharashtra, to gather at the temple.

If you are interested in catching the earthy flavour of devotion without trappings, tune in at www.insider.in. Tickets cost Rs. 200.

Applause for a flute maker

How often do we spend a moment while listening to a performance, to think about the creator of the instruments we are listening to?  Artistes are visible and heard, and win applause. The instrument maker, hidden in anonymity is known only to the practitioners of the art.

Deep in the heart of Bhubaneshwar, in flautist Hariprasad Chaurasia’s gurukul, Vrindaban, a star pupil, Digvijay Singh Chauhan is making the most of the situation that prevents performances, by creating an online series on his chosen instrument. Titled Bansuri Review, the series celebrates varied aspects of the flute. The latest episode, second in the series,  talks about Satyabrata Sahoo of Bangalore, a young flute maker, whose flute Chavhan has just received by courier. Flautists have a range of flutes in different scales, and this one is in e scale. He points out that the bamboo the flute is made of is seasoned, thus brown; is heavy and thick, and the holes are perfectly created. He admires the decorative threads that is a signature of each flute maker’. In other words, he says, the science and craft that go into the making of a simple flute fit for a classical flautist, is not really simple. 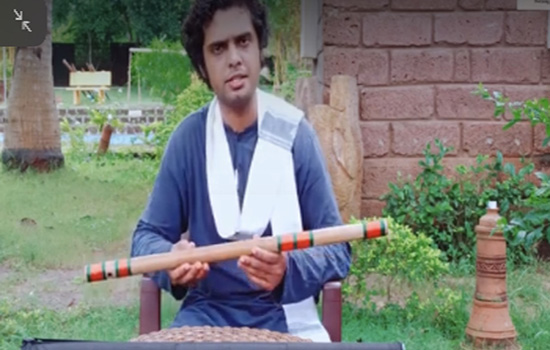 On playing it, to test the tonal quality, Chauhan produces a rich, deep and mesmerising sound, which speaks as much of his training with the maestro, Chaurasia, as the quality of the flute he is playing. Chauhan adds that the flute is affordable enough even for beginners learning the instrument. And can be sourced from Swara Flutes, Bangalore.

It is a short segment, just over six minutes. And I urge you to listen, and applaud the maker of the instrument as well as the idea behind the series. You can tune in to the series here