Actions taken for decriminalisation of minor offences are expected to go a long way in improving ease of doing business and helping unclog the court system and prisons. 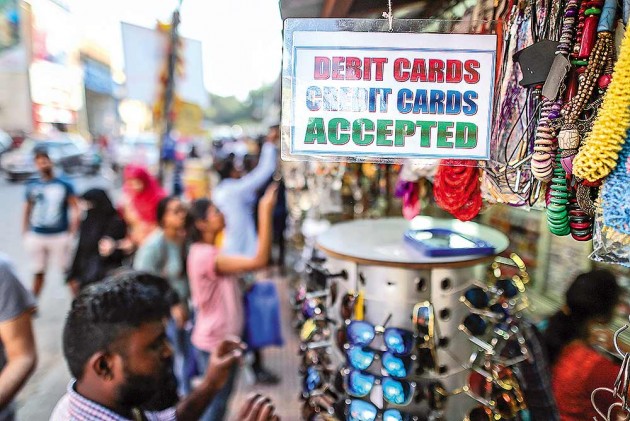 The economies around the world have been hit hard by the Covid pandemic. The crisis has had a rippling effect on various sectors of the Indian economy too. To mitigate the effect, the Centre announced important relief measures in the areas of income tax, GST, customs and central excise, and insolvency & bankruptcy code. One such measure proposed by the Ministry of Finance on June 8 is the decriminalisation of 39 minor economic offences, including dishonour of cheques under Section 138 of the Negotiable Instruments Act, 1881.

Section 138 of the Negotiable Instruments Act casts criminal liability punishable with imprisonment which may extend up to two years or with a fine which may extend to twice the amount of the cheque or both. The cheque must be issued to discharge a debt or liability as a whole or in part which is legally enforceable, and it is dishonoured by the bank on presentation.

Why there is a need of decriminalisation? 1) To find a balance so that malafide intent is punished while other less serious offences are compounded, 2) Actions taken for decriminalisation of minor offences are expected to go a long way in improving ease of doing business and helping unclog the court system and prisons, and 3) Criminalising procedural lapses and minor non-compliances increases burden on businessesand it is essential that one should relook at provisions which are merely procedural in natureand do not impact national security or public interest at large.

The number of cases that are pending in several courts in India under Section 138 has seriously cast a shadow on the credibility of our trade, commerce and business. Due to the huge backlog of cheque bouncing cases, the trial of other important and rather more serious cases is sidelined, resulting in the litigants and the public losing faith in the judicial system.

Further, its criminality has also been substantially decreased by inserting Section 147 in the Negotiable Instruments Act in 2002, making the offence punishable under Section 138 of the Act compoundable, which means that the parties on reaching a settlement can mutually agree and drop the charges against the accused.

Thus, cloaking a civil claim as a criminal claim has the impact of diluting provisions that guarantee a fair trial. This is often is the case under Section 138 of the Negotiable Instruments Act.

In Dayawati vs. Yogesh Kumar Gosain, the HC while referring to a catena of judgments came to the conclusion that there is no legal prohibition upon a court, seized of a complaint under NI Act, to encourage dispute resolution by recourse to the alternate dispute resolution methods including mediation. The HC further stated that Mediation and Conciliation Rules, 2004 would guide the process to be followed even in references to mediation arising under Section 138 of the N.I. Act

Calcutta High Court has held that part payment may be taken into consideration at that time of imposing a sentence, if any.

In Meters and Instruments Private Limited and Ors.v. Kanchan Mehta, the Supreme Court has held that the offence under Section 138 of the Act is primarily a civil wrong. Section 139 of the Act casts burden of proof on the accused but the standard of such proof is 'preponderance of probability'. It was also held that the object of the provision is primarily compensatory and the court may compound it at an initial stage, although the court is not debarred to compound it at later stage subject to appropriate compensation as may be found acceptable to the parties or the court.

Another division bench of the Supreme Court in Kaushalya Devi Massand v. Roop kishore Khore emphatically held that the offence committed under Section 138 of the Act is almost of the nature of a civil wrong which has been given criminal overtones. The gravity of offence under Section 138 of the Act cannot be equated with an offence under the provisions of the Indian Penal Code or other criminal offences.

The Supreme Court, recently, vide order dated 05.03.2020, in Makwana Mangaldas Tulsidas v. State of Gujarat &Ors opined on decriminalisation of dishonour of cheques of smaller amounts. The court suggested various ways to deal with the over flooded situation of cheque bounce cases pending for adjudication across the country.

The focus of the Supreme Court was to decriminalise dishonour of cheques of smaller amounts and not those of bigger amounts. One such important suggestion made by the Court was developing a mechanism for pre-litigation settlement in these cases. Such a measure of pre-litigation process can be very helpful in settling the cases before they come to Court.

Following the said position, a civil court may be given jurisdiction to deal with cases relating to dishonour of cheques of small amounts.One such benefit can be that it will reduce the number of frivolous suits filed in the civil courts since the party will be having an additional burden of paying court fees for filing a plaint and unless the person is a bonafide claimant, he will have to think before approaching the Court.

But there are drawbacks of decriminalisation too. The Centre, while decriminalising the sections of various laws, has to look into the issue related to the interest of lawyers, welfare of the public at large and the business community. Today mostly post-dated cheques (PDCs) are taken from the borrowers as a security by the banks and financial institutions. Also in business transaction whether it is qua the sale of goods, property, paying of fees or daily business activity etc. payment are made through cheques/ PDCs. Since the Negotiable Instruments Act, 1881 provides for an early mode for redressal where a cheque, for discharge of debt or liability, is dishonoured due to paucity of funds or where it exceeds arrangement it act as a deterrent for the borrower/ drawer of the instrument form not making timely payments of the cheques issued by them. By proposal to decriminalise Section 138 of the Negotiable Instrument Act, 1881 along with other similar offences will dilute the said Acts.

The Bar Council of Delhi, an autonomous statutory body constituted under Advocates Act, 1961, representing lawyers has opposed the Centre’s proposal to decriminalise 39 provisions contained in 19 different Acts relating to payments and security specifically offenses relating to cheque bouncing i.e Section 138 of the Negotiable Instrument Act along with other similar offenses. The co-chairman of the Council, Sanjay Rathi, in his representation addressed to the Finance Minister has highlighted the effect of the same on the lawyers community as the lives of the lawyers have been destabilized by this horrific pandemic, every advocate is also facing an economic and financial crisis.

The Bar Councils of Maharashtra and Goa have also opposed the proposal to decriminalise Section 138 of NI Act and have written to the Finance Ministry. In their letters the Councils have objected to the offence of cheque bounce being termed as a “minor offence” or “procedural lapse” by the government in its bid to decriminalise the same, saying that the same goes against the judicial pronouncements and legislative intent to set a deterring effect. Further the move would have a “cascading effect” on the ease of doing business and an entire well-established system of negotiable instruments will be rendered futile, it is said in the letters.

Decriminalisation of section 138 will create a sense of unease amongst creditors as it will lead to delay in payment of debt. Creditors may feel hesitant to give credit due to lack of stringent punishment on matters of cheque bounce.

Though decriminalising the minor offences may attract the foreign investors to invest in India to boost the economy, but the government will have to also see the interest of the creditors who will suffer as they will have to wait longer to recover their dues. The apprehension of criminal legal action and punishment with imprisonment and fine as provided under Section 138 of the Negotiable Instrument Act, 1881 are the factor for making timely payments of the cheques. While decriminalising the minor offences the government will have to make sure through enactment of provisions that the interest of the creditors are secured and timely payment in terms of honouring the cheques is done to maintain the sanctity of contracts.

Instead of decriminalisation of section138 of the Act, there can be other methods which can be resorted by the government. One method can be to lay down guidelines for the banks in India to levy heavy penalty in case of a cheque bounce which is very minimal in India presently.

(The author is an Advocate-on-Record practicing at the Supreme Court of India, Delhi High Court and district courts and tribunals in Delhi. She is also a visiting faculty at the Campus Law Centre, Law Faculty, Delhi University. Views expressed are personal.)