Delhi Riots: Zia-ul-Huq Might Have Changed Psyche Of Pakistan, Nothing Can Change India

Zia ul Huq might have changed the psyche of Pakistan forever. No one can change the psyche of India. India was and will always remain a tolerant, secular state and I have ample proof of that in Delhi, writes actor Parikshat Sahni. 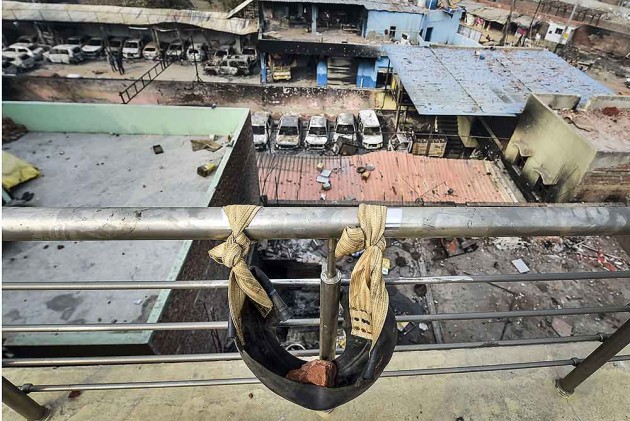 I arrived in Delhi four days ago. The very next day Delhi exploded. Some roads were closed following the news of firing and riots. On February 24, things turned serious and over 40 people were killed. They say that some fellow (a politician) started it all by giving an inflammatory speech.

I am addicted to YouTube and turned to it to find what was really happening and what the various channels had to say about the ongoing riots. The news was disheartening. It saddened me. Mobs had turned violent in a big way. People carrying arms had fired on one another. Earlier, an unarmed policeman had been shot point-blank in cold blood. I was sure the conflagration would spread and there would be large-scale riots all over India.

Najam Sethi is one of Pakistan’s leading intellectuals who I often watch on YouTube. His surname intrigues me. He is a SETHI. Ostensibly he belongs to our “biradari” of Punjabis, the “khuhrains”, these are a set of families that are clubbed together to form a social group of sorts. I like to watch him on YouTube, especially when he has something to say about India. This time he devoted almost an entire programme to Delhi riots. He came to the conclusion that these riots were instigated by the governing party and would change the psyche of India irrevocably. He gave the example of Zia-ul-Huq, who changed the very concept of Pakistan by turning it from a “Muslim” to an “Islamic” state, by making ‘jihad’ the acknowledged slogan of the state and by bringing in some other draconian laws that changed the very fabric of Pakistani society. Mr Sethi said that these riots in Delhi would do the same thing -- change India forever. Mr Sethi was mistaken.

Zia-ul-Huq might have changed the psyche of Pakistan forever. No one can change the psyche of India. India was and will always remain a tolerant, secular state and I have ample proof of that in Delhi.

News from various corners of the city reminded me of the riots in our own city, Rawalpindi, during the partition in 1947. I was very small then, but I remember some events vividly. We lived in a predominantly Muslim mohalla. When the riots started, it was our Muslim neighbours who looked after us. Even after Grandpa sent the family away from Pindi, the neighbours did not let Grandpa leave town, assuring him that things were bound to come back to normal and that all the violence was being perpetrated by people from ‘outside’ and that the local people were not involved. Grandpa was one of the last Hindus to leave Pindi, or so I have heard and that too, because the people ‘from outside’ got the upper hand.

I think the riots in Delhi were engineered and instigated by vested interests, as some say, from across the border (in connection with the Trump visit). I do not know. Whatever the case, as usual, their efforts have not succeeded. If people in the city have to be believed, it was the people from ‘outside’ who did most of the damage. Within the city, the families of both sides stood shoulder to shoulder and did not take part in the fracas.

There was a lot of violence in the MAUJPUR area, the papers reported. The Muslim families wanted to leave their homes and head for villages but their Hindu neighbours stopped them from doing so. “We stopped them because we have lived together for so many years. We have celebrated Eid and Diwali together. They are our very own. How could we let them go? Yes, their lives were at risk but we guarded them with our own lives. They are safe now and we are not letting the miscreants come near them,” as one of the members of the Hindu families said.

In the Noor-e-Ilahi, Rajput Mohalla, in Jaffrabad, many from both communities were injured and were admitted to the GBT hospital. In the corridors, as it was reported in the papers, both Hindus and Muslims were in tears and consoled the families of the bereaved. One of them is reported to have said: “We lived together in peace for so many years… outsiders ruined everything!”

In some areas, people complained that at night some miscreants came and hurled stones, but both Hindus and Muslims kept vigil side by side and stopped them from coming.

Sethi said that these riots in Delhi would change India forever. He was mistaken. From time immemorial, India has been a land of peace. Swami Vivekananda has called India “the most wonderful land of toleration”. So it was and so it shall be forever. And what I saw and what I heard during the past five days in this city has convinced me about the veracity of this statement.

(The writer is a veteran Indian film and television actor.)