To tackle air pollution, the centre and states will have to work jointly and quickly. Human lungs don’t understand nuances of federalism and partisan politics. 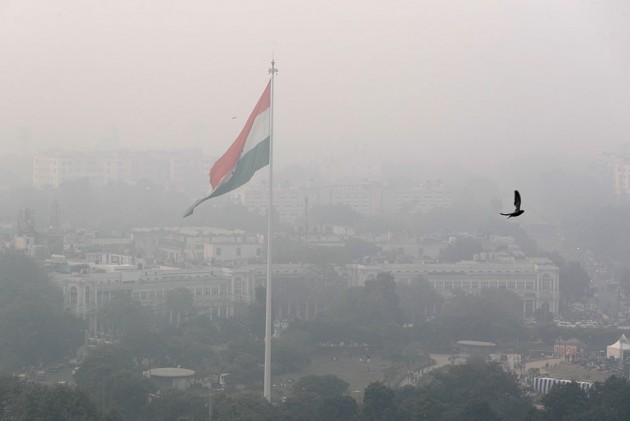 The Delhi smog has now become an annual feature, but with a difference. It is getting deadlier every season. Like the smog, the response to the smog too has become predictable. Public health emergency is declared, schools are shut, doctors begin to see more patients with coughs and burning eyes, there is a spike in serious hospital admissions, sports events are either cancelled or postponed.

But what do politicians and policy makers do? They bicker. Delhi blames Punjab and Haryana for not curbing stubble burning. The two states, in turn, point fingers at Delhi for not being able to control emissions from vehicles. Some try to make it poor farmers versus rich Delhiite issue. Policy makers flaunt numbers of subsidy doled out to buy Happy Seeders in Punjab, while those in Delhi talk of reducing vehicular emissions through road rationing scheme like odd-even. All this happens for two to three weeks. For rest of the year, it is business as usual.

If anyone is serious in addressing this problem, the first step is to recognise that there is a problem and that it is man-made and not made by so-called weather god.

Putting An Abrupt Stop To Crop Burning Is An Impossible Aspiration

Air pollution and the resulting smog is an outcome of three inputs – local emission of pollutants, emission transport from other states and regions, and meteorological factors like wind speed and temperature. These three variables decide air quality of any city, state or region. The first two parameters – local and transported emissions – are anthropogenic, meaning man-made. The third parameter -- meteorological factor -- is not in human hand but is scientifically predictable.

Local emissions can come from industrial sector (power plants, manufacturing units), automobiles, residential areas (burning of coal, wood, etc), construction sites, roadside eateries, generators, brick kilns and so on. At last count, Delhi had some 28 sources of local emissions, as per the emission inventory prepared by scientists from the Pune-based Indian Institute of Tropical Meteorology. The city has almost 10 million vehicles which constitutes the largest share of local emissions throughout the year.

But the major culprit for the spike in pollution and the smoky plume over Delhi and the region this time of the year remains stubble burning. Forget odd-even days, even if all the vehicles in Delhi stop plying and emissions from all the industries cease, the air will still be foul. Just consider the number of fires that are lit during a fortnight in Punjab and Haryana – 25,000 plus. The two states produce nearly half of the straw produced in the entire country and half of this is burnt on field.

We should also understand the problem is not of Delhi alone but of the whole of northwest India or broadly what is known as the Indo-Gangetic Plain (IGP), which is, in fact, one of the global pollution hotspots. Some studies have found that emissions from stubble burning in the North are even reaching up to West Bengal, Odisha and Telangana.

Many cities and town across IGP may have worst air quality than Delhi. We don’t come to know of it because air quality in such places is not monitored at all. Even cities and towns in Punjab and Haryana have bad air due to smoke from stubble burning. Recognising it as a pan-IGP problem will make everyone a stakeholder and move towards finding a solution.

The second step should be to bring chief ministers of all the states concerned on one table. If the centre is interested in clean air, it should call for such a meeting instead of letting the environment minister play politics for petty gains.

The environment ministry wants India to take a lead in climate change mitigation on world stage and hopes to lead developing countries in global climate change fora. Well, the charity should begin at home. Sink all political differences, call for high-level meeting and thrash out a timebound blueprint for action. In parallel, engage with farmers, give them incentives, offer crop diversification options and new technologies to use biomass.

The third step should be to authorise a single agency to implement the blueprint ruthlessly. Either we create a new body or legally empower and expand the mandate of existing ones, like the Central Pollution Control Board, to take action on the ground. Fragmented policies and toothless environment bodies won’t help. The centre and states will have to work jointly and quickly. Human lungs don’t understand nuances of federalism and partisan politics.

(The author is the Managing Editor of India Science Wire. Views expressed are personal)