For all its ills and decongesting it being the top most priority for the state government, Dharavi’s "Apna Time Aayega" spirit contributes to the area’s one billion dollar economy, writes Shiv Sena MP Piryanka Chaturvedi. 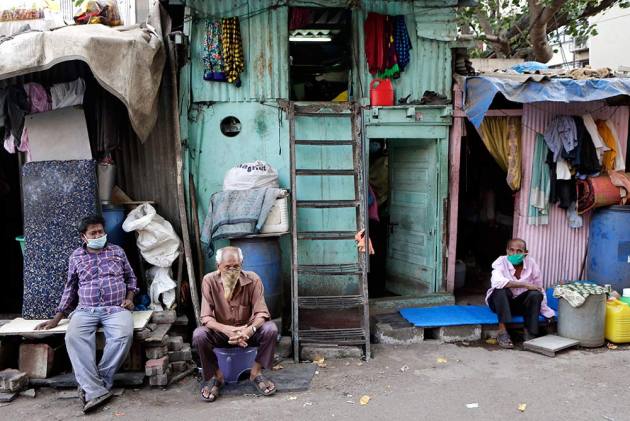 Mumbai, the city of dreams, the metropolis that never sleeps, and the mega city famed for its never-say-die spirit. In that city, lives another mini city -- Dharavi -- which has a history and fame of its own. In an area of 2.85 sq. kms with an estimated population of 8.5 lakh people, Dharavi is home to Asia’s largest slum. Its story continues to be that of hope right from from slums to successful small businesses. If some remember Dharavi for its squalor, some romanticise its struggle. The name evokes as many and as varied emotions as that of the city it is an integral part of.

As COVID-19 spread in the city, the area was back in news again. The first positive case in the area was detected on April 1 and in the slums on the 4tth. Since then, the number of people with infection has reached 1028. At least 40 have died. Those tracking the cases have called the Dharavi belt a ticking time bomb, some have politicised the numbers, some blaming officials, the state government, the law and order and also the inability to implement social distancing getting people to stay at home. The density of population aside most of those staying in match box-size homes have to use common toilet blocks posing a challenge to avoid crowd movement.

So before we discuss the containment measures taken, it is important to understand the challenge of Dharavi. The population density of Dharavi is 581,468 people per sq mile while Mumbai is at 73,000 people per sq mile, which makes the city one of the most densely populated ones in the world. Mumbai with a per capita income of approx $2800 has seen 16,378 COVID cases and 621 deaths.

Just to compare it to an equally buzzing New York City, which has a per capita income of approx $37156 and population density of 26,403 people per square mile, has seen 343,000 cases with over 22 thousand deaths. This comparison is to understand the stark difference in living standards of the two cities and yet how the containment strategy for the city has, with all its weaknesses, worked. Those who wish to politicise or play the blamegame refuse to acknowledge or even understand the geographical challenges that prevail or the measures taken to contain the spread of the virus.

Since the COVID started spreading its tentacles across the city, the task force began their 360 degreestrategy for Dharavi, that of 3Ts – Testing, Tracing and Treating. In its Testing strategy: the door-to-door testing was initiated and has covered over 47,500 people in high risk zones and those identified have been quarantined and isolated in facilities. Besides this there are fever camps that have been set up for the residents, besides the government facilities there areover 350 private clinics working in the area to identify positive cases, these camps test anywhere between 4000-5000 people a day. As soon as someone is identified as positive the person is quarantined and area sealed so as to contain the spread.

The next step is tracing, which is a challenge in this extremely populated zone; contact-tracing is tough when social distancing is difficult to follow. However, the pandemic team working round the clock has isolated areas that were identified as high risk zones and till date have contained over 125,000 people, while ensuring that they get all the essentials delivered to their homes. A recent story in a leading news daily reported how the NGOs and people of the city have opened their hearts out to the people of Dharavi and helping with PPE kits, rations, sanitisers, beds for isolation facilities among other essentials. The third stage is treating, Dharavi has CCC1, CCC2, DCHC facilities which are in place and being utilised to isolate and quarantine. The slum pockets and toilet blocks are sanitised and disinfected every day to keep it safe and not allow the virus to spread

For all its ills and decongesting it being the top most priority for the state government, Dharavi’s "Apna Time Aayega" spirit contributes to the area’s one billion dollar economy. Dharavi is resilient and with all sections of the society on board, all resources being pooled in to overcome this battle against COVID, it may just be a matter of time and patience until we hear this in every street of Mumbai's mini city.

(The writer, a senior Shiv Sena leader, is a Rajya Sabha MP.)