Home  »  Website  »  International  » Opinion  »  Was Censorship Behind The Outbreak Of Novel Coronavirus In China?
Opinion

The government in Wuhan locked the whole city on January 23, which was an unprecedented event in the history. But was it too little, too late? 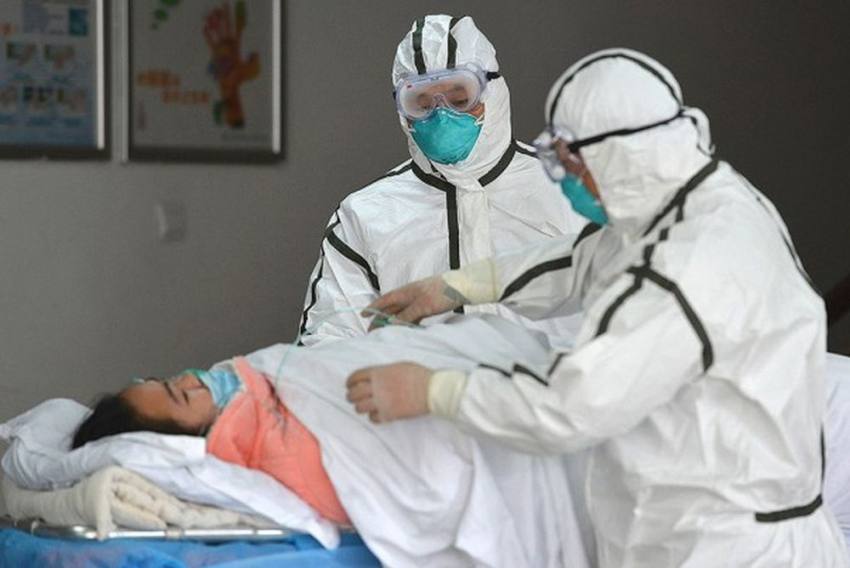 Medical workers in protective suits move a coronavirus patient into an isolation ward at a hospital in central China
AP Photo
Dr.Yukteshwar Kumar 2020-02-04T12:24:22+05:30 Was Censorship Behind The Outbreak Of Novel Coronavirus In China? 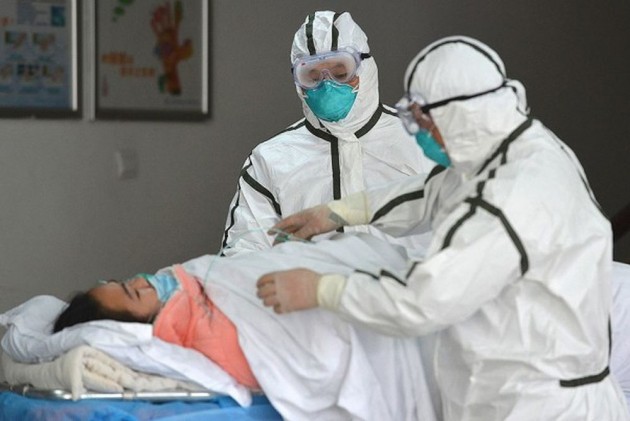 The Chinese government must take pride and be congratulated for building a makeshift hospital 'Huoshenshan' (Fire God Mountain) in just 10 days to combat the novel strain of Coronavirus at the outskirts of Wuhan city. In most of the western countries. including the UK, 10 days are not even enough to get a planning permission if you wish to expand your own registered house.

The Chinese government replicated its effort of 2003 when it had built a similar hospital (Xiaotangshan) in Beijing when SARS epidemic had started engulfing placid lives of common Chinese citizens. In a couple of days, another makeshift hospital called Leishenshan (Thunder God Mountain) will be also ready in Wuhan.

The municipal government of Wuhan also locked the whole city on January 23, which was an unprecedented event in the history of mankind. Never in the history, a city bustling with 11 million residents (much larger than London), had been completely locked. Trains and buses were not plying, and airplanes stopped flying in and out of the city. These steps are praiseworthy and must be commended.

However, was it too little, too late? Is it that politics must be the number one priority and public health and safety must take a backseat? People in Wuhan had started falling ill because of this deadly epidemic from early December and eight doctors did not only learn about this SARS type disease in late December but they also talked among themselves on their WeChat friend circle group. The doctors discussed about it internally in their own group, but one of them leaked this to the outer world and soon the administration and the police came bustling into action.

They apprehended and reprimanded all the eight doctors including an ophthalmologist Dr. Li Wenliang, who is now hospitalised after being contaminated with this virus in Wuhan and were asked to sign a letter saying that they will not engage in “Illegal behaviour” and will not continue with any sort of impertinence to the “legal system of China” on January 3, 2020. How could discussing about the dissemination of SARS like pandemic on WeChat be ascribed as “Illegal behaviour” or an interference with the “legal system of China”?

The Chinese government is known for censorship and they were scared that in the season of important national congresses both provincially and nationally, spreading the news of epidemic would risk potential political embarrassment. But today, all the eight doctors are being hailed as “Heroes” and thousands of Chinese citizens are admiring the initial efforts of those doctors and openly remarking that perhaps the local provincial and municipal government should have given a full ear to those doctors and curbed the situation in control much earlier.

Also Read: All You Need To Know About The Coronavirus From China

All the city and provincial political leaders are now openly admitting their mistakes and have openly talked on the media that perhaps they took the initiative of locking the city a bit late. However, they admitted that they had to get the approval from the central State Council before declaring this as an epidemic, but if these leaders had shown a bit of courage, lives of hundreds of common people would have been saved and globally millions of people would not have been at the risk of catching this virus. SARS in 2002-04 sulked China with more than 30 Billion pounds of loss and this novel Coronavirus will undoubtedly make a huge dent in the Chinese economy. It will be not prudent to make a guess of economic loss at this juncture, anyway.

There is absolutely no doubt that in the coming few months, the provincial leaders, including the Governor of Hubei province and Mayor of Wuhan city, will be purged. Mayor of Beijing and the Health minister were sacked in April 2003 after SARS outbreak amid criticism over their handling of the situation. The provincial and city administration was not only responsible for blocking the news of spreading of virus; they were also responsible for not taking any action to stop arranging a massive feast of community potluck in the city where more than 40,000 families assembled in a bid to break the Guinness book of world record. Not a single city or provincial leader themselves participated in the feast but thousands of children and senior citizens went there on 18January without putting any facial masks on their face, risking their lives unwittingly, and today hundreds of them are hospitalised.

According to the data of press freedom ranking of 2019, published by the Reporters with Borders, China ranked 177 just above Turkmenistan, North Korea and Eritrea in the whole world. Yes, censorship and closure of the Internet is practiced by plethora of populist government in extreme cases but punishing and reproving those doctors was indeed uncalled for by the local authorities in Wuhan. They should have been admired, lauded, praised and given all the necessary support so that virus could be contained and constrained quickly, and hundreds would not have lost their lives.

The painstaking effort of the Chinese government both at local and national level must be applauded for bringing significant economic prosperity to its citizens in the last four decades since the reform and opening up of 1978, but the government should allow discussing these public health concerns on social media and public platform. They should be extremely transparent in tackling this.

One does not see any report live from the hospitals of Wuhan from CCTV, Wuhan TV or Hubei provincial TV channel. There is also no live reporting by any government newspaper or electronic media and when a citizen journalist, Fang Bin, tried to show live reports from the Wuhan Red Cross Hospital, Hankou Hospital, Tong Ji Hospital and Wuhan Union Hospital, he was apprehended by the local police and nobody knows his whereabouts.

Wuhan has one of the best medical facilities in the country and it ranks among top six cities in the country as far as medical treatment is concerned. When the government has nothing to hide, why not show to the world real pictures emanating from the gates and corridors of the hospital? Wuhan even has more doctors per capita than the UK and the USA.

The UK has 2.8 doctors per 1,000 head while Wuhan has 3.08 doctors. While one cannot see any live uncensored reporting from the hospitals, one can see hundreds of video clips on social media where patients are queuing up for hours and several dead bodies scattered on the floor of the hospitals. Of course, inside China, one cannot see these video clips as well.

Governments of other countries including that of India, the UK and the USA should extend their hand of friendship and co-operation at this hour of need. They should forget the political and trade conflict for the time being as saving the human lives is the paramount. The recent Indian ban of the export of masks and protective medical equipment is an insalubrious step. Yes, India needs to fasten its belt, if the situation like China replicates. They need masks now and if India could export these things, China has the full capacity to produce these items within a few days and if in case, epidemic spreads to India, China would be able to export these items back to India within a few weeks.

If China wants to emerge as the most powerful nation on the earth, as a very good friend of this ancient civilisation and a state which is not a nation-state, I will advise them to be more open and more transparent on these matters which concern the life and death of the common people.

(Dr. Y. Kumar is a senior academic of the University of Bath, UK who has taught for many years in Indian and Chinese Universities and returned to the UK from China recently. He is also an elected Councillor of the City of Bath. Views expressed are personal.)