Breaking away from Digital Colonisation would lead to India regaining its pre-eminence among global economies and bring prosperity to its people. 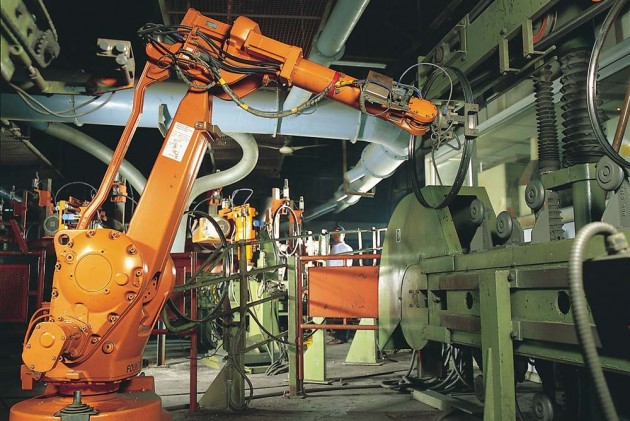 There has been significant usage of the term “Digital Colonisation” in recent years, in contexts that are often bordering jingoism. It is important to understand the term that I had coined more than a decade ago, so that we as a nation are better prepared to respond to the challenge.

To begin with, it is important to understand what 'Colonisation' from an economic perspective is. In fact, the drivers of colonisation have always been economic, and hence any other definition of colonisation is superfluous. The dictionary definition of colonisation is the action or process of settling among and establishing control over the indigenous people of an area. But that is not really what happened to nations across Asia, Africa and Americas. What happened in these areas from the 18th century till late 20th century was a massive extraction of wealth by a few, at an inhuman cost to many.

In a 2010 research paper, I had formally proposed the definition of 'Colonisation' as the extraction of disproportionate economic benefit from an area of influence through either manipulation of the rules of engagement or through force or deceit. Hence, I had identified three kinds of Colonisation: Social Colonisation, politico-military Colonisation, and now digital or technological Colonisation.

Social Colonisation is what happened in most societies where a small section of the upper class wielded enormous power over the rest of the society and subjugated them, leading to disproportionate economic benefits to the few who controlled the society. This led to serfdom in Europe and Russia with the aristocrats getting the benefit of such an economic structure at the cost of the vast majority. This was colonisation of the masses within the country. There were similar structures in Asia and other places also.

Something then happened towards the latter half of the 18th century – the French revolution of 1789. The revolution led to dismantling of the “social colonisation” structure in France and the message spread fast in Europe that the days of rampant social colonisation were over. However, how would the class that was benefiting from Social Colonisation continue to maintain their opulent lifestyle if they did not get to extract disproportionate economic benefits from their population, who used to toil hard to keep these few aristocrats rich? This class very quickly gravitated to shift from the exploitation of their population to the exploitation of populations of other lands where they were beginning to taste military wins. This was the beginning of politico-military colonisation in an institutionalised manner.

Since the colonial powers established full control over foreign lands and their population, establishing the rules of engagement through force and deceit, that lend to massive economic exploitation. None of these rules were in consultation with the locals. The rules were not even part of any treaties. For example, in India the British laid out a rule called the Doctrine of Lapse that prevented an adopted child from claiming the throne, that led to the famous war with the Rani of Jhansi. But why would anyone be forced to follow a doctrine that was unilaterally adopted by the British? Similar principles of laying out a “rule of law” but the law being twisted to favour of the colonial powers, was followed in the economic sphere, and continues to be a hallmark of the modern era. The earliest imposition of such laws in the economic sphere was for the textile industry where in the late 18th century, the British imposed heavy taxes on exports from India after they failed to stop the consumer demand for the textiles in Britain. It broke the back of the textile industry in India, which at that time accounted for over 25% of global textile production. In tandem, poor quality textiles were forced onto the Indian market, thus depriving the Indian textile manufacturers from accessing their own market. This economic measure sent millions of weavers to starvation and death.

That was the era of politico-military colonisation from which countries like India were liberated from the 1945 onwards. During this period of colonisation, Nobel Laureate Rabindranath Tagore wrote a poem which goes something like “Where the mind is without fear and the head is held high, and where Knowledge is free...' It was clear during the writing of this poem that only political liberation is not enough -- it is important to have free, unhindered access to knowledge, which, in today's times, translates to technology, in order to be truly liberated.

However, by the 1960s, we saw the phenomenon of tremendous push by the western nations on the issue of Intellectual Property Rights (IPR). Professors were exported from the US and other western nations to “teach” the merits of IPR. Patents were fiercely started to be imposed through trans-border regulations, undermining sovereignty of nations with impunity. Why did this change happen in the 1960s? The last of the major colonies got independence in that era. This would have had a major impact on the rich who were at the top of the pyramid of world order. The rich in the west (and the west had become very rich by then due to the wealth accumulated from the colonies or from slave labour) had to figure out another mechanism to continue to maintain a way to extract disproportionate economic benefits from the erstwhile colonies and the rest of the world. This is where IPR fitted in very neatly. Since the plunder of the colonies was not limited to economic plunder but also intellectual plunder, knowledge and technology had moved to the west. Technologies, such as extraction of Zinc, moved out from India to China and Europe in around the 17th century, and got patented in Europe. So, what the west had to do was to construct a monopoly over this knowledge base, in order to further their economic interest. This monopoly was constructed over the back of trans-border regulations on IPR that included patents, TRIPS, Information Technology Agreement (ITA-I and ITA-II) and other myriad structures which were introduced as the new “rules of engagement”.

Also Read: With App Ban, India Has Fired First Salvo In Trade War With China. How Can Dragon Retaliate?

What was worse was that the world was held hostage to a vicious cycle of western companies creating new technologies, introducing standards around those technologies through global bodies such as IEEE, IEC etc, earning monopoly rent, which would then be plowed back into creating the next generation technology, which would promptly declare the previous technology to be outdated (remember how your fully functional laptops are junked and you are forced to buy new ones, which does exactly what your old laptops were doing), thus preventing any new players from coming in. The technology is controlled through an ecosystem that would not allow new entrants from the non-western world, with the exception of Israel. Any technology, created anywhere in the world, has a tendency of being sucked back into the ecosystem of the west. This is similar to the barriers of trade that were erected for the Indian textile industry in the late 18th century. This is the basis of “Digital Colonisation”, where the standards, the technologies and the trade structures supporting the monopoly to technology, are controlled by the west, perpetrating disproportionate extraction of economic benefits from the rest of the world.

And what has such rules and structure of technology barriers to trade translated into? It translated into a situation where disproportionate economic benefits continued to flow to the west, until China stepped in like a bull in a proverbial China shop, ripping apart any respect for IPR, copyright, patents etc., and challenging the technology hegemony of the west. The challenge is visible from core technology, electronics, biotechnology, genetics (including genetic manipulation of viruses), to apps in the phone. We see the trade structures that promoted western hegemony on technology, are now beginning to being leveraged by China.

As a corollary, we also see the west now coming down heavily on China, to safeguard their hegemony on technology. Taiwan has become not just a geo-political issue but an important outpost for maintaining the structures of Digital Colonisation as bulk of the global semiconductors are manufactured in Taiwan, using US technology. If freedom of people was the key driver of US intervention into defending Taiwan, then they would have intervened into Tibet also, 70 years ago.