India needs a Tech Acquisition Board, and support private initiatives for creation of new technologies. 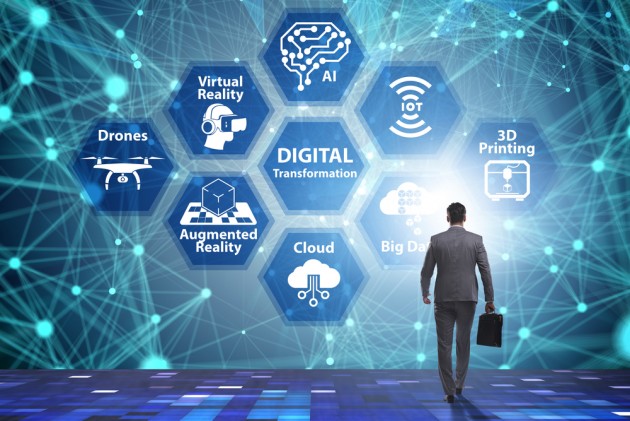 When market access is denied, technology companies, and technologies, wither away. This is similar to the case I had discussed in my previous articles in this column, wherein, in the 17th century, the British parliament put an additional tax on goods being imported into Britain using Indian ships. The technologically superior Indian ships were being preferred by the British shipping lines over the locally built British ships, which was leading to the decimation of the local British shipbuilding industry. This blockage of market access to Indian ships led to the Indian shipbuilding industry vanishing over a period of time, with India losing the shipbuilding technology altogether by the 18th century.

Datacenters: The New Oil Rigs, And Why India Needs Them Fast

Also, as mentioned in my previous articles, China itself created its Internet giants by blocking market access to mature foreign players, and encouraging local players to fill out that market space with their own technologies. Given the vast Chinese internet market, it led to the creation of multi-billion dollar valuation internet companies in China, which would otherwise have led to largely US companies dominating the market. Hence the US companies would have got those valuations, and would have added to the economic heft of US. And then there is the added strategic benefits of having such global internet companies, wherein the data from the companies can also be weaponized.

In fact, the breaking up of the giant, monopolistic AT&T in 1984, by the US government, actually provided market access to other telecom technology companies in US, and provided the breathing space for the next generation of technology companies such as Google, Facebook, Amazon etc. It is not far-fetched to believe that with a tight control over the communication market and with Nobel-laureates generating research labs under its belt, AT&T would have ended up controlling many aspects of the Internet too, thus not letting new innovations come up and change the way we live.

In the absence of any such guarantees, these economies would not have produced the world class Lithium-ion battery manufacturers, and thus they would not have had the new jobs, economic growth, competitive advantage in export markets and significant additional taxes for the government. Hence, by extending the same principles, if Indian government had provided the support and reduced the market risks for Indian local companies, it is quite possible that India would have been manufacturing and exporting Li-ion batteries based on Indian technologies, rather than getting foreign technology players to provide the capability for battery manufacturing. We can see a similar development happening in the 5G space, where given clear visibility to a large 5G telecom market, Jio and Airtel have both announced the creation of their own 5G telecom technologies.

Dwelling a little more on the Li-ion battery issue, India did make some attempts to develop local technologies. But almost all of those attempts were by PSU entities, the prominent among them was ISRO. Unfortunately, due to lack of commercial linkages, we have not yet seen the ISRO battery technology making any perceptible impact in the world of batteries. A key learning is that support for new technologies need to be extended to commercial entities and not merely to government labs. Korean government supported LG Chemicals, Japanese government supported Panasonic and the Chinese government supported BYD and others battery companies. They did not push for government labs to generate technologies. Such initiatives need to be led by commercial entities in order for them to see the light of the day.

Thus, India needs to shed its diffidence of supporting private initiatives for creation of new technologies. Otherwise, India will always be stuck in vicious cycle of “missing the bus” and playing the fabled “catchup game”.

We have the giant Brazilian aviation company, Embraer, available for a few billion dollars. For India to build a similar company would take a century. As I had mentioned in my previous articles, India will spend over USD 300 billion in the next twenty years, buying only single-aisle aircrafts for its domestic use. In addition, India will be buying billions of dollars of military transport aircrafts. It is an absolute no-brainer that India needs to immediately acquire Embraer through a private entity. Similarly, Lumileds, a cutting-edge LED company based in US, is scouting for buyers. Acquiring Lumileds would put India in the forefront of lighting and avionics. There are many such companies available which can be acquired by leveraging our market.

India does have a Technology Advisory board. But what we need in addition is a dedicated Technology Acquisition board in order to have a rapid reaction to opportunities available globally for technology acquisition. And we need to orchestrate these acquisitions through private sector entities. And we also need to ensure that we mitigate risks for Indian companies that invest into future technologies. That would truly put India into the forefront of cutting edge technologies.

(Dr Jaijit Bhattacharya is President of Centre for Digital Economy Policy Research. Views are personal, and do not necessarily reflect those of Outlook Magazine)