Digital Sovereignty: Who Died And Made Twitter Emperor Of The World? 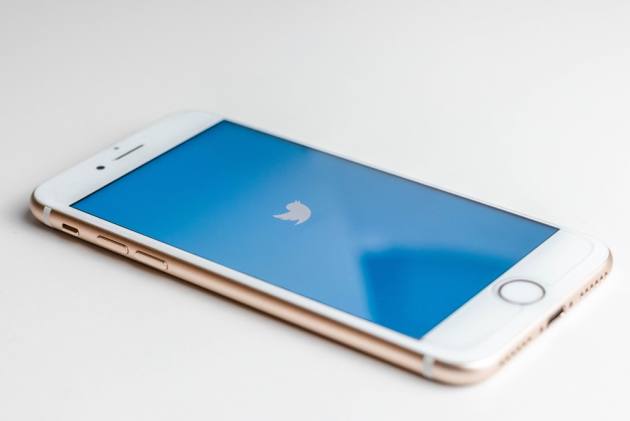 India’s digital sovereignty has been challenged once again within a span of just three months. The challenge is not from another sovereign nation, but another corporation, albeit with a budget larger than many nations.

What is Technological Sovereignty? As I had coined the term and defined it over 15 years ago, it is the loss of ultimate authority of the elected government on aspects of our society and economy that are controlled by technology and by digital. Essentially, it means the government is left with very little manoeuvrability when threatened by digital giants that challenge our way of life and safety and security of our people. This is because we as a nation have become bereft of technological sovereignty. It would have been a cocky “I told you so” moment, except that it severely impacts the sovereignty of our nation, and hence impacts each one of us deeply.

So, what were these transgressions by digital giants and digital monopolies in the last three months? It started with Google, towards the end of the last year when they suddenly started charging 30 per cent for all transactions by startups that are on Google’s Android play store (usual payment transaction fees are maximum 3%). That essentially included every startup in India that has an app.  Of course, Google gave a choice. You can opt-out of Google Playstore and go into oblivion. That is not much of a choice. Unfortunately, there are no regulatory provisions which the government could force Google to heed.

After enormous hue and cry from the startup community over this extortion, Google has “magnanimously” postponed their decision to charge those usurious rates from startups.

Last month, another Digital monopoly, WhatsApp, decided to suddenly shred its users of data privacy. As usual, they gave a choice. One can give up their privacy and all pretence of dignity, or preserve one’s dignity and not surrender their privacy by quitting the platform. Not much of a choice when people thought that there was only Whatsapp available for app-based messaging which they used to communicate with people they knew who used it too. Fortunately, people discovered Signal and Telegram as alternatives and started migrating in hordes. That is when Whatsapp’s moment of being magnanimous came in, wherein they said they will postpone the harvesting of people’s privacy for a few months for “people to understand their privacy policy”. In this saga, the government again could do precious little as Whatsapp followed government regulations and got “consent” from its users to part with their privacy. It is a moot point that the “consent” was received through digital arm-twisting.

Now, in a fresh assault to our Technological Sovereignty, Twitter has decided to overrule the letter and spirit of a government order that was issued to maintain internal law and order and to check an external security threat. On January  31, the Government invoked the provisions of section 69A of the IT Act to direct Twitter to block 257 handles that were identified by the intelligence agencies to be driven by secessionist Khalistan sympathizers or backed by Pakistan, known for its not so friendly disposition towards India.

What was Twitter’s response to this order from our elected representative government? Twitter blocked the accounts for one day, and then promptly unblocked them the next day in absolute defiance to the government’s order. These accounts were spreading disinformation and spewing hatred, including hashtags such as #FarmerGenocide. Has there been a farmer genocide or anything close to it in India? The answer clearly is NO.

But then how does such disinformation impact India? Such disinformation provides the “basis” for inviting non-Indians to put it their two bits to oppose “farmer genocide” in India. We have seen the Rihannas and the Greta Thunberg of the “Toolkit” tweet infamy, floating in on India’s internal matters. The global refrain is, if there is no “farmer genocide” happening, then why are so many people talking about it? A classic case of manufactured news, a lie building another lie, till is taken to be the truth, with published “news” starting to appear in mainstream newspapers. So how does that impact us, common people? Such news not only has an impact on the sovereign rating of the country, which impacts the flow of foreign funds into India but also weighs in into the decisions by MNC’s to shift manufacturing into India. And where is the manufacturing getting shifted from? Of course from China. So, who stands to economically gain from such disinformation campaigns? I will let the readers join the dots, but clearly, us common people lose out in terms of jobs and a better life.

Coming back to the government’s efforts to stem such disinformation campaigns that can lead to more riots and loss of life and property, the government issued an order to Twitter to block another 1,178 accounts based on intelligence inputs. Twitter simply thumbed its nose at the Government, as it believes that this is a transgression of free speech. The issue is that when your speech can instantaneously reach millions, with no traditional mechanisms of vetting your message, and people can be called to arms within minutes through disinformation, then speech becomes a powerful weapon for wreaking havoc on society. We did see the peaceful farmer protests turn into a rampaging mob in Delhi. We have seen anti-Northeastern riots in Bangalore. We have even seen people being lynched because they were taken to be child-lifters. All because of insinuations from social media in general, and Twitter in particular.

We also saw mobs attacking Capitol Hill in the capital of the United States of America. And how did Twitter react to that incident? Twitter permanently suspended the Twitter account of the outgoing President of the United States of America, as they believed that Mr. Trump’s speech is no more in the category of “Free Speech” but was inciting violence and divisiveness in America.

So, who gave the powers to Twitter to decide what is “Free Speech” and what is not? Or who needs to be blocked and who should not be? It just does not stop here. The CEO of Twitter, Jack Dorsey, went ahead and liked many of the comments made against the Indian government, exposing his inherent bias. So now, the decisions are not even being taken by a corporation but by an individual, picking up shades of a “Digital Emperor”. So does the views of a corporation and a digital emperor supersede the will of a duly elected representative government of India? Will the CEO and the shareholders of Twitter decide what is good for India? And if they are so good, why don’t we invite them to run the Indian government – we have already had the experience of another corporation running India, 150 years ago.

Therein lies the compromise of India’s Technological Sovereignty. Fortunately, if Twitter is shut down in India, it will not paralyze life in the country. But the same cannot be said about Whatsapp and Google. Are these hypothetical situations? Clearly no, given that Google recently threatened the Government of Australia of pulling out of Australia if it does not heed to Google’s views. As a nation which houses almost 18 per cent of the global population, India cannot afford to be held at ransom by digital monopolies. The policies on Digital Atmanirbhar need to be further accelerated.

(Dr Jaijit Bhattacharya is President of the Centre for Digital Economy Policy Research. Views are personal, and do not necessarily reflect those of Outlook Magazine)