An online presentation of exquisite gem stones reveals the art that goes into making the exotic jewellery. 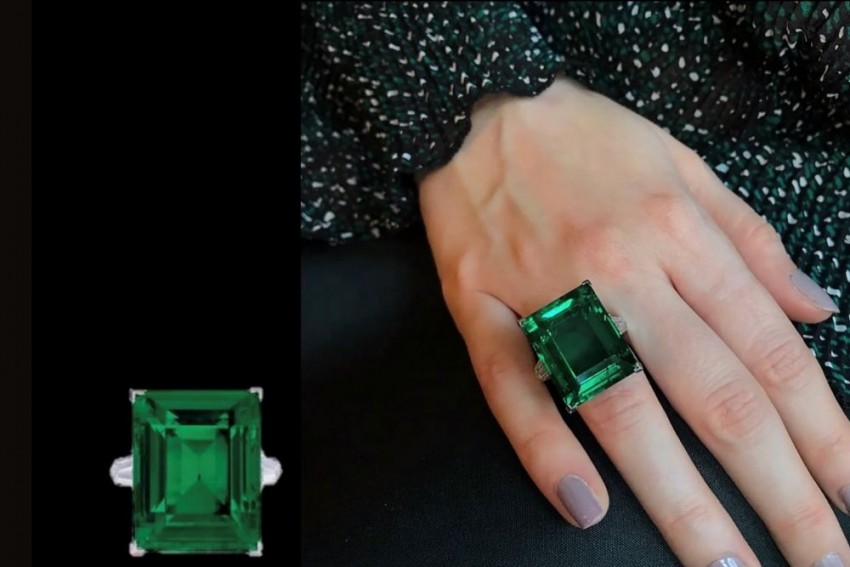 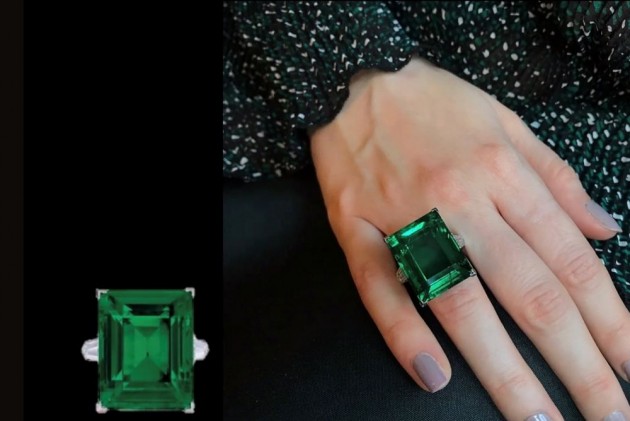 Christie’s recent online presentation on some of its prized pieces in the Big 3 stones -- ruby, sapphire and emerald -- proved that a beautiful stone could inspire jewellers to create high art. The pieces in the presentation, each showcasing a flawless, unique gemstone, were part of auctions that fetched millions.

For those who like to drool over Nature’s brilliant offerings, the ruby, ‘Crimson Flame’ that originated in what was then Burma, was set into a ring. Thanks to its clarity of colour, which qualified as ‘pigeon blood red’ and its flawlessness, the gem could command a never before price of 1.5 million dollars per carat, a record price that pushed the total of 15.04 carats to a little above a staggering 18 million dollars. Equally drool-worthy was the cornflower blue, velvety sapphire mined in Kashmir from mines that went extinct in the 1930s. Sapphires have always held a special place in myth and astrology and there is proof that the stones have been considered highly prized even 800 years before the birth of Christ. This ring crafted to showcase the 19.88 carat perfect blue stone sold in Geneva in 2013 for over 3 million dollars.

But the artistry of the jeweller reached its peak with the emerald, whIch being a comparatively softer stone than the other two, lends itself to carvings. On show were two exquisite pieces: a brooch of 55.80 carats that has poppies carved on both sides. And an emerald drinking cup; both pieces attributed to have belonged to the Mughal emperor Jahangir. Combining art with history, the pendant speaks about the love for poppies that Jahangir developed from his frequent visits to the gardens his wife, Noorjehan had laid out in Kashmir. Poppies remain a constant motif on jewellery especially enamelwork and gold carving, right till the present.

The wine cup, 7.2 cm high, possibly carved out of a single stone of rare clarity, has a finely carved bowl of 408 carats, plus a stem and a stand, the three pieces held together by a gold rod at the centre. Perhaps the only one of a set that survived the passage of time, the bottom of the gold rod shows a design that being Venetian in style bears witness to the fact that the emperor had artists and craftsmen from all over the word in his studios. The cup is carved in herringbone pattern around the rim and a fish scale pattern runs through the rest of the stone. Speaks a lot for the complete artistry and control over the medium. 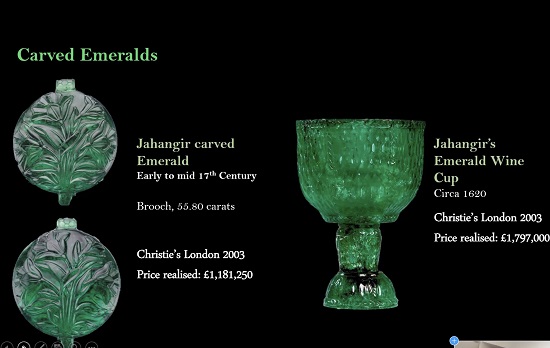 Both pieces are on public display at the Quatar Museum of Islamic Art.

And for those whose appetite has been whetted by these three pieces is the information that Christie’s will be holding its next auctions soon. On offer is the perfectly showcased emerald in the Harry Winston ring which will be up for auction on July 22. And the picture below tells details of other online auctions planned between July and August. Happy bidding!

If Hindi film music is your mantra for relaxation, tune in to the Retro Radio Revival Shows from REWIND. Floated by three enterprising music fans, the Zoom-aided shows offer 30 minutes of music, trivia and research-based facts about the selected songs. I listened in recently and heard some lesser-known numbers, and for someone like me who prides on my encyclopaedic knowledge of film songs, there was a surprise in one number that, though pleasant, I had never heard before. 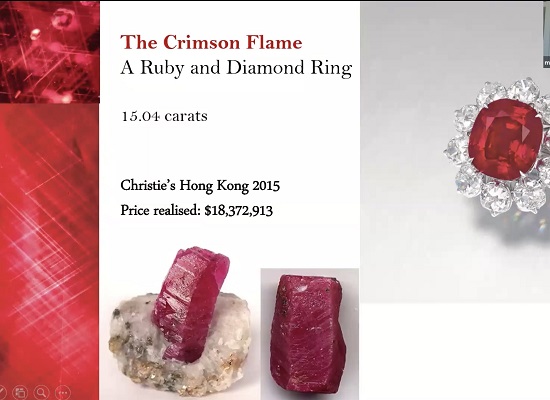 The programme is aired through Zoom every Monday, Wednesday and Friday at 10.30 pm and you can tell friends and relatives in the US too to tune in. Every show has a repeat at 8.30 the next morning, for early birds to catch the music. Expert chats, discussion forums are also planned. There will be an attendance fee, but there is a generous trial offer that lets you attend three free sessions, as the team is sure you will get hooked. How do you tune in? Mail shankar@rewind.co.in