Given the complicated regional dynamics, the Afghan peace process is unlikely to yield results unless the Kashmir issue is also addressed 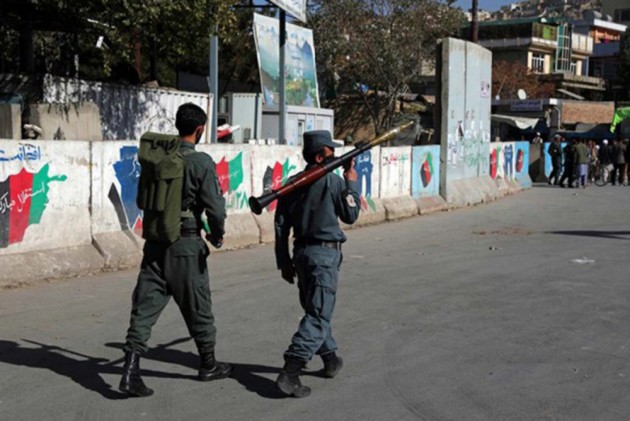 After almost two months of standstill in the negotiations between the Afghan government and the Taliban in Doha, the process accelerated last month with an official letter from the new US Secretary of State Antony Blinken. The letter, dated 28 February 2021, stresses on UN-led peace talks between the Afghan government and Taliban in Turkey, in the presence of foreign ministers of Pakistan, India, Iran, China, Russia and the US.

It has already been a year since the historic US-Taliban peace deal was signed on 29 February 2020. This deal followed sporadic efforts since 2001, which intensified since 2018.

The Taliban, the main insurgent group, and the Afghan government, with the outside involvement of the United States, Pakistan, India, Russia, and Iran, aim to bring an end to the war through cooperation and dialogue to restore peace in the South Asian region. However, we believe that any dialogue on peace in the region is unlikely to yield results unless there is a serious engagement with the Kashmir crisis, which is equally a key to regional stability.

As Peace Moves Gain Momentum In Afghanistan, Time For India To Engage With Taliban

Under the deal, the US committed to withdraw all its troops from Afghanistan within 14 months, lift sanctions against Taliban leaders and facilitating the release of 5000 Taliban prisoners. In return, the Taliban agreed that it would not allow Afghanistan to be used against the US and its allies by terrorist groups and that it would join an intra-Afghan dialogue and consider community representations in future decision making.

The intra-Afghan dialogue however, is plagued by internal rifts between the established government and several belligerent groups, as well as external factors which play a crucial role, since peace in Afghanistan is not an internal issue but a regional dilemma. The regional countries, especially India, Pakistan, and Iran, all aiming for greater regional domination, have high stakes in the changing political dynamics, and are seen as key stakeholders in the Afghan peace process.

Pakistan, supported by the US and International Monetary Fund, took a pole position during the US-Taliban deal, as it played a major role in bringing the Taliban to the negotiation table and holds the key to internal security and harmony in Afghanistan.

India, which has huge infrastructural stakes in Afghanistan and treats the country as a gateway to the Central Asian region, is seriously concerned over the possibility of the Taliban returning to power. The country has provided over $ 2 Billion in aid to Afghanistan, mostly for reconstruction and rehabilitation projects, the most famous of which is Salma Dam, the building of a new Afghan parliament building, providing scholarships to Afghan students, and investing in the Iranian port of Chabahar, which gives it land access to Afghanistan through Iran.

The Indian government has occasionally indulged in partisan politics in Afghanistan by favouring a specific group or a party against the other. In a recent parliamentary debate Asaduddin Owaisi, an Indian Member of Parliament declared that if Taliban returns to power, India should support Hazaras and Tajiks, which are minority ethnic groups, as allies in Afghanistan. This statement is pushing the Pashtuns, the larger ethnic group, into the embrace of Pakistan.

Earlier Indian governments pursued conciliatory policies which focused on state-to-state relations, so that New Delhi could have cordial relations with any regime that comes to power in Kabul. This policy holds that all three countries could benefit if peace and stability are secured and cooperation is strengthened. This also referred to Pakistan’s involvement in terrorism in Kashmir. The current government has also reiterated that it would only support the peace talks if they are ‘Afghan-led, Afghan-owned, and Afghan-controlled’.

Iran, another significant stakeholder in the Afghan peace process, has frequently supported pro-Shia politics in Afghanistan. This was seen during negotiations over whether the Hanafi or Jafari Jurisprudence should be implemented as the legal code in Afghanistan. Whether Iran’s support for Shia rights adds to the sectarian faultlines in Afghanistan remains to be seen.

In an interview, Iran’s foreign minister Jawad Zarif, labeled the Taliban as a terrorist group but supported peace talks with it in the same breath. He also wanted the Fatimyoon (Afghan migrants mostly Shias and Hazars in Iran, who were sent to fight against ISIS in Syria by Iran) absorbed into the Afghan National Army. The Afghan government sees this as a clear intervention in its internal affairs and an attempt to create a sectarian rift in the Afghan Army.

China too is involved in Afghanistan, but this is mostly driven by its economic interests and trade routes towards Central Asia. It also wants to import oil from Central Asia states through Afghanistan, which cannot be done unless there is peace and tranquility in the region. While it is wary of the US presence in Afghanistan, Beijing also worries over the growing insurgencies in the region, as Islamist extremism in Afghanistan and the tribal belts of Pakistan, Kashmir and Central Asia could further nurture the separatist tendencies among Uighur Muslims in the northwestern province of Xinjiang.

Given these contradicting politics and changing equations, we believe that any dialogue on peace in the South Asian region is unlikely to yield results unless there is a serious engagement over the Kashmir issue along with a dialogue on Afghanistan. Since India backs the established government in Afghanistan which doesn’t have a hardline policy over the Kashmir issue, Pakistan benefits from the situation while backing the Taliban forces and maintaining an assertive approach towards Kashmir. In such a situation, the conversations on regional peace and stability should resonate throughout the region. Any solution which ignores this linkage would eventually fail to yield any dividends on the ground.

(Sidiqullah Sahel is a lecturer of Political Science at Kardan University, Afghanistan and Muzamil Yaqoob is a Kashmiri researcher with a focus on South Asian Politics. The views expressed are their own, and do not necessarily reflect those of Outlook Magazine )