Don’t Overestimate The US Election Impact On South Asia

Geopolitical dynamics, more than the person occupying the White House on Inauguration Day, will influence the trajectory of U.S. relations with India and its neighbors. 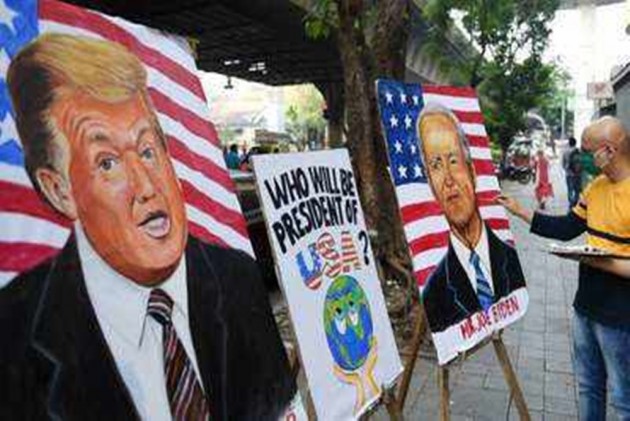 As of this writing, the outcome of America’s 2020 election—one closer than many pollsters had projected—was unclear. Given what’s at stake, Americans—and the world—were nervously awaiting the result. And yet, when it comes to South Asia, there’s little reason for anxiety. And that’s because there’s not much daylight between the positions of Donald Trump and Joe Biden on U.S. policy in the region.

In a country as hyper-polarized as America, few public policy issues are nonpartisan. Everything under the sun, from immigration and health care to climate change and the question of U.S. global leadership, amounts to partisanship on steroids—bitterly disputed between America’s two main political parties and their supporters. Even issues that should transcend the poison of partisanship—from wearing a mask during a pandemic to fully supporting U.S. treaty allies—have become political footballs.

U.S. policy toward India, however, is an exception. It’s one of the few subjects that Republicans and Democrats, and by extension Trump and Biden, agree on.

For this reason, the 2020 election impact on U.S. policy toward India—and South Asia more broadly—shouldn’t be overstated. Geopolitical dynamics, more than the person occupying the White House on Inauguration Day, will influence the trajectory of U.S. relations with India and its neighbors.

The U.S.-India relationship has enjoyed forward movement ever since the early 1990s, and especially since the mid-2000s. Two key U.S. interests with strong bipartisan support—combating terrorism and counterbalancing China—have fueled its growth.

Today, amid a U.S.-China rivalry that’s here to stay, both Democrats and Republicans view U.S.-India partnership as a strategic imperative. They view India as a like-minded player keen to work with Washington to push back against Beijing in the Indo-Pacific region.

The election won’t interrupt the relationship’s latest surge in momentum, which in recent days saw the signing of a major defense accord that enables Washington to share sensitive intelligence with New Delhi—the last of a series of foundational agreements that America inks with its closest defense partners.

In fact, by traveling to India to sign the accord just days before their boss risked becoming a lame duck, the U.S. secretaries of state and defense telegraphed a significant message: U.S.-India partnership transcends partisan issues like elections, and endures regardless of the government of the day.

To be sure, Democrats are more willing than Republicans to call out India on human rights and religious freedom concerns. Barack Obama famously criticized India on the latter during a 2015 speech in New Delhi. Additionally, much of the noise on Capitol Hill last year following India’s Article 370 revocation came from Democrats. Still, given the bipartisan support for the idea that U.S.-India partnership is essential, any White House—regardless of party affiliation—will limit such criticism to avoid rocking the boat with India.

Widen the geographic lens beyond India, and the bipartisan policy consensus remains entrenched. Both Democrats and Republicans view Pakistan as an important country that warrants a workable relationship, but that is also a difficult partner. Both view as paramount Pakistan’s assistance with peace talks in Afghanistan and continued counterterrorism efforts at home. Both remain open to broadening the relationship into the trade and investment realm—but only after sufficient progress is made on Afghanistan and counterterrorism.

Meanwhile, in Afghanistan, both major U.S. parties support a peace process that ends the war, and the withdrawal of U.S. troops. Democrats favor a more gradual exit, but they want one nonetheless. They wouldn’t want to back out of the agreement with the Taliban, concluded last February, which obliges all U.S. troops to leave by the spring of 2021.

However, while Democrats and Republicans largely operate in lockstep on South Asia policy, there are sharp differences in their foreign policy positions more broadly that carry considerable implications for India and its neighbors.

Democrats favor a more conciliatory position toward Iran. They want to bring America back into the nuclear deal with Tehran brokered by Obama. An even modestly improved U.S.-Iran relationship would be advantageous for New Delhi, Islamabad, and Kabul. All three want stronger commercial ties with Tehran, and they’d rather not have to confront a tough U.S. sanctions regime on Iran.

Then there’s China. A bipartisan consensus exists in Washington that Beijing is America’s top strategic rival, and constitutes a threat to U.S. economic primacy. But Democrats are more open to exploring cooperation in some areas. Potential spaces for collaboration include, as Biden wrote in a Foreign Affairs essay earlier this year, climate change, nonproliferation, and health security. A slightly less fraught U.S.-China relationship would be welcomed by Islamabad, Beijing’s close ally, as this would give U.S.-Pakistan relations more space to grow. A mild U.S.-China detente may even be welcomed by New Delhi. After all, the more toxicity there is in U.S.-China relations, the more likely Beijing is to hit out at America’s friends, including India, as it did in Ladakh.

The next administration will be confronted with three key South Asia policy questions.

The first is how to reframe the U.S.-Pakistan relationship amid an impending withdrawal of American troops from Afghanistan. For four decades, Washington has largely viewed this relationship through the lens of Afghanistan.

The second is how to manage a fast-growing U.S.-India security partnership outside of an alliance system that Washington prefers but that New Delhi eschews, insisting that it remains committed to strategic autonomy—and even after the Ladakh crisis, which crystallizes the threat that Beijing poses to both New Delhi and Washington. The trick is to find a happy medium between alliance and alignment.

Finally, the next administration must figure out how to fit South Asia into its broader Asia policy. Both major parties agree on allocating more economic and security resources to the region to push back against China, and they have implemented similar policies: the Asia pivot and rebalance for Obama, and the Indo-Pacific strategy for Trump. To this point, such efforts (with the exception of India policy) have been more focused on East Asia, home to U.S. treaty allies. But China’s increasing inroads into South Asia—mainly through the vehicle of BRI—coupled with its capacity to threaten U.S. partners there highlight the strategic logic of formally bringing South Asia into the Indo-Pacific fold.

The Trump administration’s messaging (in January, a senior official declared that the Indo-Pacific stretches from "California to Kilimanjaro"), along with Indo-Pacific policy documents supporting more cooperation with smaller South Asian states, suggest a desire for including western Asia in the Indo Pacific policy. Given U.S. bipartisan concern about China’s growing reach in broader Asia, such a position won’t likely attract opposition across the aisle.

The 2020 election was one of the most consequential in decades, mainly because it was a referendum on so much—and especially the dramatically different approach that Trump, one of the most unconventional and controversial leaders in modern U.S. history, brought to the presidency.

It’s been a turbulent three-plus-year in Trump’s America. And yet, in the tumultuous sea of U.S. politics, policy toward India and the broader region is a relative island of stability. Sure, there may be differences around the margins, but it largely enjoys broad bipartisan support. Continuity is assured, regardless of the election outcome.

(Michael Kugelman is Deputy Director for South Asia at the Woodrow Wilson International Center for Scholars in Washington, DC. )