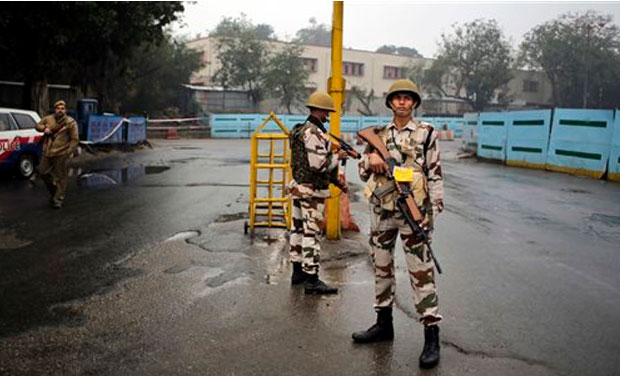 A 36-year-old man, suspected of placing a live bomb in a bag at Mangalore International Airport in Karnataka, surrendered before the Bengaluru police on Wednesday. The police narrative on the suspect, identified as Aditya Rao from Manipal, is fantastic. The long and short of the story is that it was the denial of a job and the resultant depression that provoked him to learn bomb-making online and plant a crude bomb at the airport. It is frightening to imagine Aditya Rao becoming a role model for the youth in a country that faces the highest unemployment rate in 45 years. The irony is that our government is least bothered about issues of lesser mortals like unemployment and focused obsessively on what could now be called (after the Home Ministry’s response to Saket Gokhle's RTI application) ‘Tukde Tukde’ legislations and activities.

On another note, it is a relief that the culprit in Mangalore is not a Muslim.  Had he been a Muslim, God forbid, we would have seen lengthy venomous day and nightlong monologues on our ‘national’ prime time shows. Thank God we are spared such outbursts of pseudo-patriotic sentiments and fake nationalistic indignation. When Gandhi was assassinated, Lord Mountbatten had shouted: “The one who killed Gandhi is a Hindu and not a Muslim.” The India of today is in so pathetic a condition that even when a minor crime is committed, sensible people rush to do a Mountbatten so no innocent Muslim suffers. Thank you, Karnataka Police, for doing a Mountbatten, in spite of yourself and thanks to CCTV.

Aditya Rao’s depression is indeed a cause for concern. Like the white supremacists in the West involved in horrendous incidents of mass killings, the culprit in Mangalore also turned out to be a hapless chap suffering from depression and mental issues. Psychologists must research why majoritarian terrorists always suffer from mental disorders in both the West and India! Or is it that the Indian Police thought that the mask of mental illness would make our ‘truly and authentically’ (in the sense of considering India both the Pithrubhumi and Punyabhumi) indigenous terrorists look reasonably respectable and even likeable. Kerala Police arrested an RSS activist a couple of days ago for throwing a bomb at a police picket. During interrogation, it emerged that the poor guy had no intention of throwing it at the police. He actually had the noble intention of throwing it at the RSS office nearby, make it look like an act of CPI (M) and instigate a political conflict. What screwed up the plan was that he got drunk by the time he discharged his patriotic duty!

Of course, it is worth noting that the West has not sent any terror-accused to Parliament, unlike in India. No terror-accused in the West ever had the opportunity to describe in a Parliament as a patriot a terrorist convicted and punished for the assassination of the Father of the Nation. No country in the world other than India revered an accused (though acquitted later) in the assassination of the Father of the Nation by unveiling his portrait in the Parliament, aptly right opposite that of his victim (Can I say alleged victim here to be safe?). Sunil P Ilayidam, a popular left intellectual from Kerala, recently said that the irony of the situation was that you could not pay your respects to V.D. Savarkar in the Central Hall of the Parliament without turning your back to Mahatma Gandhi!

The majority of Hindus, just as the majority of Muslims or Christian or Sikhs, remain sane and sensible. The point is that the slow, steady injection of communal venom and respect for mindless violence is beginning to show its lethal impact. This writer has no evidence to argue that Aditya Rao was inspired by anything other than his own personal frustration. But it is difficult to believe that the denial of a job alone instigated an educated man in his mid-30s to contemplate as dangerous a course of revenge as planting a bomb at an airport, which would have resulted in massive casualties. Had the culprit been a Muslim, we would have by now read in the media not only about his entire personal history, but also about details of his ancestral lineage and ideological proclivities. This double standard must be called out if we are to save our Republic from terminal insanity.

According to the United Nations, "Criminal acts intended or calculated to provoke a state of terror in the general public, a group of persons or particular persons for political purposes are in any circumstance unjustifiable, whatever the considerations of a political, philosophical, ideological, racial, ethnic, religious or any other nature that may be invoked to justify them.” Going by this definition, India has seen both bomb and mob terrorism aplenty. The sad truth is that while our blood justifiably boils at even the mention of bomb terrorism allegedly perpetrated by specific groups, we remain at best indifferent to mob terrorism because a substantial chunk of our population has been brainwashed into condoning it as a virtuous nationalistic act intended to restore lost glories to Mother India.

Aditya Rao may or may not have nurtured communal hatreds and genocidal imaginations, but the socio-political circumstances that created him must be blamed on those who rule India today. An atmosphere of fear prevails across the country today that makes the telling and publishing of this simple truth an audacious act. So many people around the country now dread the paradoxical possibility of being booked on sedition charges for invoking the Constitution of India!

(Shajahan Madampat is a cultural critic and commentator writing in English and Malayalam. Views expressed are personal)