Supported by a full orchestra and a chorus Dr, Mukesh Batra made the audience clap their hands in rhythm. 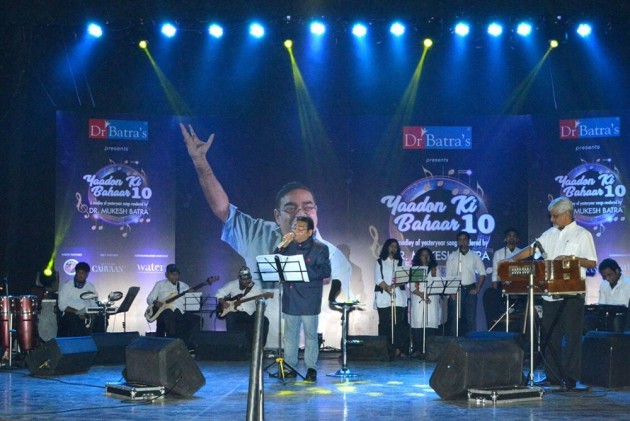 Mukesh, Mohammad Rafi, Kishore Kumar were among the great voices to whom well-known homeopath Dr. Mukesh Batra paid homage as he took to the stage for the tenth year to perform for a charitable cause. The show was titled 'Yaadon ki Bahar'. The songs ranged from soulful romantic ditties to some of Kishore Kumar’s breeziest numbers, with a Mukesh song thrown in.

It might seem foolhardy to some that a self-trained voice should take on a public performance, but Batra’s enthusiasm and the bonhomie he generated brushed away any possible criticism, carrying the evening with it.

Supported by a full orchestra and a chorus that yodelled and sang the refrains whenever it was called for, Batra made the invited audience at the Sophia Bhabha Auditorium in South Mumbai (which included a generous sprinkling of celebs), clap their hands in rhythm and sometimes join in and sing along. The mood was upbeat and everyone seemed to be having a jolly good time. 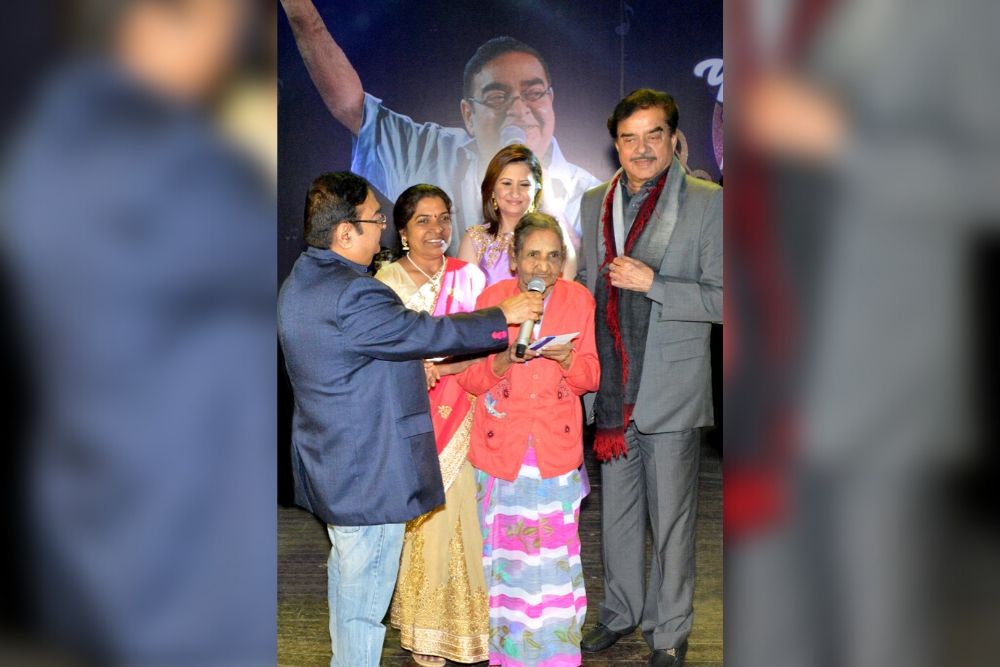 ‘I developed my passion for singing 10 years ago and every year I use this talent to give the lovely ladies of the Shepherd Widow Home a night to remember and memories that they cherish all year round,’ Batra said. Earlier some of the residents of the Home were escorted into the auditorium. Film star Shatrugan Sinha, serenaded by Batra onto the stage, presented a cheque to one of the ladies from the Shepherd’s Home, who surprised the audience by making a pretty speech to thank the donors in a loud and clear voice that completely belied her bent and frail frame.

Batra seems to have successfully passed on his passion for music to the younger generation. His eleven-year-old grandson, Hemant, not only opened the evening with a welcome speech but sang an entire song with great aplomb.

In all an evening that proved where there is a will there is a way. Batra showed off his musical talent and in the process garnered funds for his Positive Health Foundation, the CSR arm of Dr Batra’s Group of Companies. Started 18 years ago, the foundation currently runs 192 free clinics that provide lifetime free medicines for the needy and has been associated with 10 non-profit organisations across the country.

With a minimum of fuss, a sprinkling of humour, some deftly delivered dialogues and props that tantalised the imagination, three actors -- Asmit Pathare, Santanu Ghatak, and Shaun Williams -- invoked history with a considerable measure of success. Watching 'The Bose Legacy' in a no-frills room that pretended to be an auditorium in Bandra, Mumbai, was an unexpectedly immersive experience. The relationship between Amiya Nath and his father Sarat and uncle, Subhash Chandra Bose unravelled slowly as the play progressed. Distance and time were negated by space as the voices and persona of the brothers, jailed for their anti-British stance, interspersed the reading of their letters by Amiya. Humour turned to sobriety with a hint of pathos now and then, as the years rolled by, and the young nephew suffered the news of his uncle’s journey across the seas and subsequent death and watched his father grow old. A moment of unexpected light shone through when he heard of a cousin, his uncle’s daughter, but that thread was not taken further in the play.

The actors wore their roles like a second skin, with never a false beat or step. One could almost sense a kinship binding them together. Marking the changes in mood and the progression of events, the live music by Keith Sequeira was a pleasant addition. 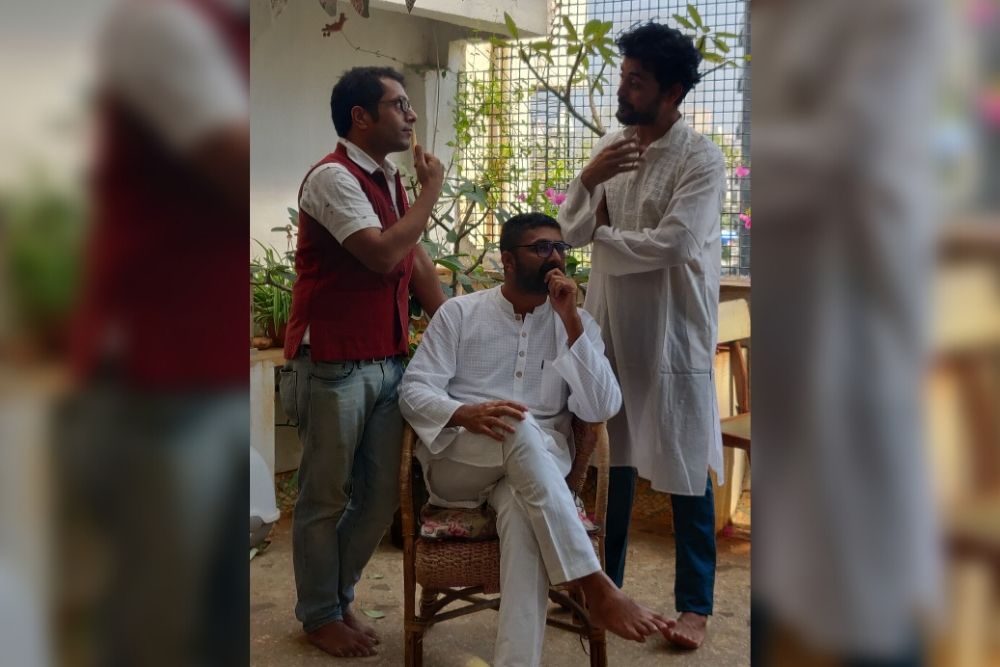 Though they based the play on the book 'The Bose Brothers' and 'Indian Independence - An Insider’s Account by Madhuri Bose,' writers Nikhil Katara, ( who also directed the play ) and Himali Kothari say they extracted those sections that could “ bring out the personal equation between the three brothers against the backdrop of the goings-on in the country at that time.” To that effect, the letters to other important persons of that time were left out of the script. And to good effect, as the writers have succeeded in making the letters bring the three to life through their own voices and interactions.

Katara says he kept the play minimalist with just this aim in mind. The costumes and attempt at verisimilitude need special mention.

Enough to say that by the time the tightly-knit 75-minute play ended, I felt I knew more about Subhash Chandra Bose and his elder brother than before, and was the richer for it.

(The writer was the Editor of Femina for over a decade.)