The real fruit of Kurien’s work will be understood after another 50 to 100 years. 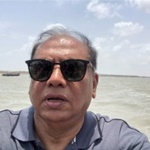 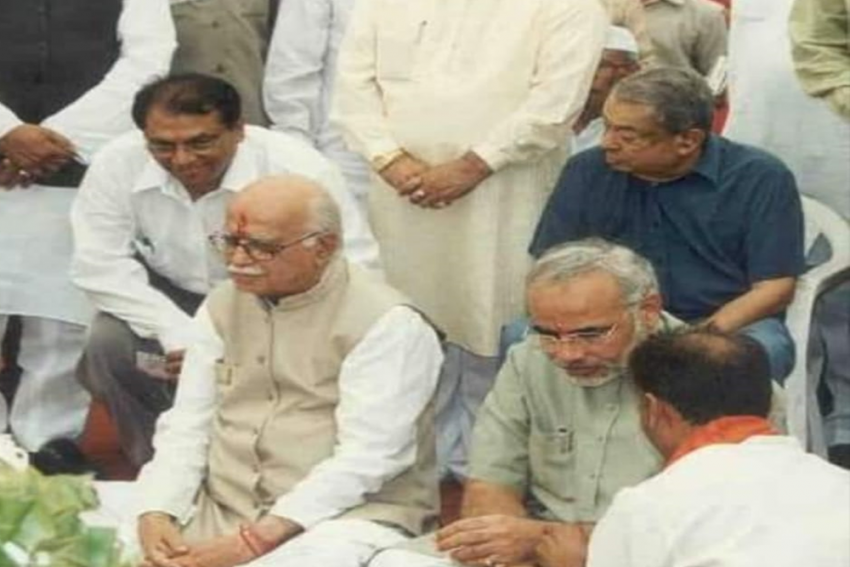 Dr Kurien in his heydays at a function in Gujarat. Seated on the floor in front of him are BJP leaders LK Advani and Narendra Modi.
BM Vyas 2020-11-26T09:54:40+05:30 National Milk Day: A Tribute To The Guru, Dr Verghese Kurien 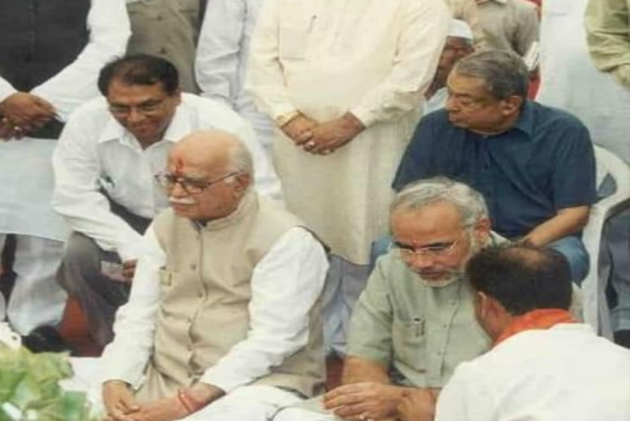 Dr Kurien’s birthday on 26th Nov is celebrated as the National Milk Day since 2014.  A tribute to him on his day, remembering his work and his life, is in order.

Post-independence and till the 1980s, India faced a shortage of milk with rationing and fluctuations in seasonal supply. Operation Flood completely transformed the lives of farmers and the health of citizens of this country. From 21 Million Tonnes (MT) or 5% of the world milk production in 1970, we now produce 22% of the world’s milk at 188 MT in 2018. Between 1970 and 1995, Operation Flood laid a solid foundation for milk production, processing and marketing of milk across India through a network now numbering 177,000 local village cooperatives. This structure is supported by around 218 milk Unions for processing of milk, and 27 state-level Federations (like Amul, Verka, Vita, Sudha, Parag, Saras, Omfed, Sachi, Mahananda, Aavin, Milma, Vijaya, Nandini etc) and Mother Dairies for marketing and distribution of milk products to ensure fair returns to farmers. This program single-handedly transformed India from a milk deficit nation dependent on imported/donated SMP to becoming the largest producer of milk in the world, overtaking the USA. It is maybe one of the biggest self-sustaining rural income generation development programmes in the world, putting Rs. 80,000 crores (USD 10 billion) directly in the hands of 1.6 crore farmer families every year, some 30% more than the usual annual MGNREGA outlay. The indirect benefit in terms of a higher & stable commodity price is immeasurable. In this tribute I touch upon the softer aspects of his personality which are not that commonly known but have contributed greatly to his success.

I met my guru, Dr Verghese Kurien, in 1969 at an annual-day function for my engineering college, where he was the chief guest. He was wearing his trademark cream coloured suit and next to him was his wife Mrs Molly Kurien. He was well built, handsome and delivered his speech humorously & confidently. There was not a single soul in the function who wouldn’t have enjoyed his speech. Later, after about a year, I happened to visit Amul Dairy and was impressed with the beautiful layout, neat, clean housekeeping, big fountains and green lawns. It was almost surreal in those days when the rest of the town was quite a dust bowl. I joined Amul at the age of 20 in 1971 and retired as the Managing Director of GCMMF (Amul) at 60. During this time, I had the opportunity to work with him closely as General Manager first and later as Managing Director while he was the chairman at GCMMF, one of the hats he donned.
Every moment I spent with him was of great learning.

One of the most important things I learnt from him, is the power of humour! He was able to use his wit & humour most effectively. Be it in speeches or in meetings with dignitaries. He was also one of the greatest storytellers I met. He would narrate his stories to visitors for hours and make them laugh, yet have them appreciate the achievements and leave behind a deep sense of warmth in the visitor’s heart. He would narrate how he was required to come and work in a remote town called Anand, due to the bond he had signed. And how no one would give him a house to rent in Anand as he was unmarried, young, used to eat meat & consumed alcohol. In those days he used to sleep on a coat under a tree and every day a dog would run away with his slippers, which was the first thing he would look for as soon as he would get up. He then converted a garage, into his quarters and there he met his guru Tribhovandas Patel, who changed his destiny. 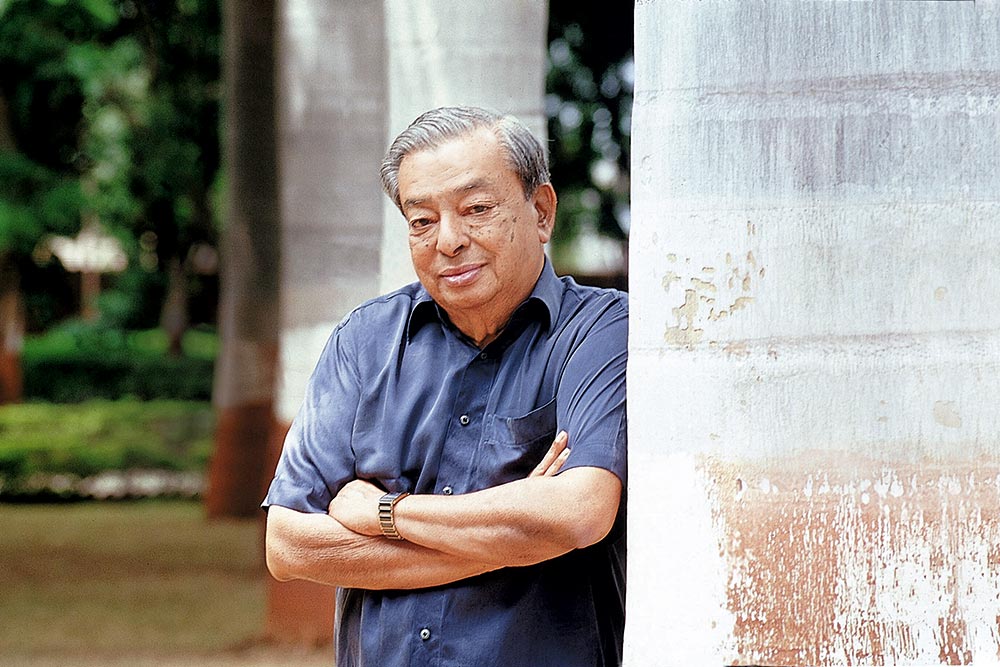 He was a stickler for time. In my entire carrier, I never saw him reaching a second late to any of his appointments. And he would expect his counterparts to practice the same. If the person he was supposed to meet was not there at the appointed time he would wait for a minute or two, and simply walk back & leave the venue, irrespective of who he was to meet! He always wanted each and everything in place, in working condition and functioning smoothly. He wanted excellence in everything that came in his purview.

He was meticulous about the ‘little things that mattered much’ whether ensuring that all toilets in buildings were clean or sound systems functioned properly at an event. While a meeting was going on, even if a noisy fan or a flickering tube light would be encountered, he would immediately stop and convey his unhappiness. He would insist and ensured that it was restored and refined systems to ensure it did not happen again. If he found the other person maintained such high standards, he would publicly acknowledge the same.
One thing he would never compromise irrespective of your education, qualification or performance was integrity. He had zero tolerance to lack of integrity, even on a small issue like a travel bill. He would simply dismiss such a person in minutes, irrespective of his background. His ability to handle pressure was immense. In every crisis, he will think deeply, debate, discuss various implications and develop strategies to convert the crisis into an opportunity. He would say 'there is always something good in everything that comes your way, in all crisis or problems, find out what is good and work on it!’

The other important trait was consistency. His stand on core issues and practices would not change. If he took a stand and if you referred the same issue a month later or even a year later, he will respond in split second and his decision would not have swayed. Now, this does not mean he was rigid - he was just extremely objective in his decision making. His decision making was directly founded on his core values & mission, and as long as actions lead to serve this purpose, he would arrive at decisions in minutes. He would never demand report after report. He would instead, expect clarity of thought and its relevance to our mission. Consistency of thought and action was his greatest traits.

In Pics: The Father Of White Revolution

Let me narrate to you an instance. I was travelling with to Gandhinagar from Anand with him, a drive of about 2 hours by road. I was very young when I lost my father, and then due to familial circumstances, gained education living away from my family. I had never realized how it would be to spend time with someone you look up to, like a father figure. Such trips with Dr Kurien were rare and I cherished these trips as I got unhindered space to talk to him. For me, it was like a masterclass. Once we discussed the most important institution he built over time, among several he created. He invariably answered “Amul”. I replied, “I think it is not Amul, but it is IRMA”. He asked me “Why do you think so?” and I said “IRMA would produce a new school of management which is more just, fair, value-based, and accountable to society - not to the stock exchange. IRMA is ahead of its time. People noticed AMUL in 1964, after about two decades of its success! Give IRMA about 50 years and the world will see what you have done”. I continued, “In building IRMA you are catapulting the country ahead of this world by century or more. People will realize what you have done much after you and even I am gone.”

In my opinion then and even now, the real fruit of Kurien’s work will be understood after another 50 to 100 years. It has inspired a generation and given their next generation - the opportunities, ideals, morals and values to build a just & fair society. 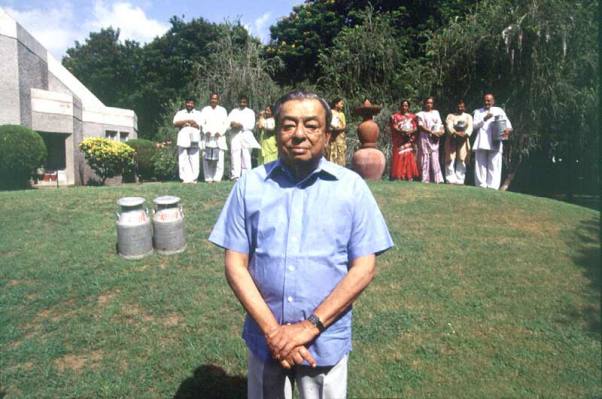 I am of the firm belief that after Mahatma Gandhi if there was a great person who worked for Rural India and with stupendous success - it was Verghese Kurien. Not to undermine the achievements of the stalwarts of other fields or their fields, but from a societal point of view, his contributions are much greater than a developing a missile, performing in a theatre or playing sitar, shehnai or cricket. In my opinion, the greatest people are Institution and Nation Builders, like him and Vikram Sarabhai. They build India and build the institutions that take India to the next level.  In statistical terms, the juggernaut propelled by these institutions shall make India achieve 300 MT or almost 30% of the world milk production by 2029.

For our politicians, bureaucrats and even masses – appreciating sitar, shehnai or stage play is perhaps easier than seeing reason & rationale of the work done by Kurien, whose real impact will be felt several decades later. The long-standing demand for Bharat Ratna for Dr Kurien may be too little too late by the time our CMs, PMs or other politicians understand what Kurien has built and what he sacrificed for it.

Dr Kurien was my guru in life, whom I saw in the same light as my father. I would pray to God that he makes Dr Kurien, my guru in the next hundred lives.

(B.M. Vyas is the former managing director of GCMMF Ltd and had been instrumental in the launch of Dhara.)