China is a totally different beast and we have hardly been able to understand it, let alone manage to tame and befriend it on our terms. 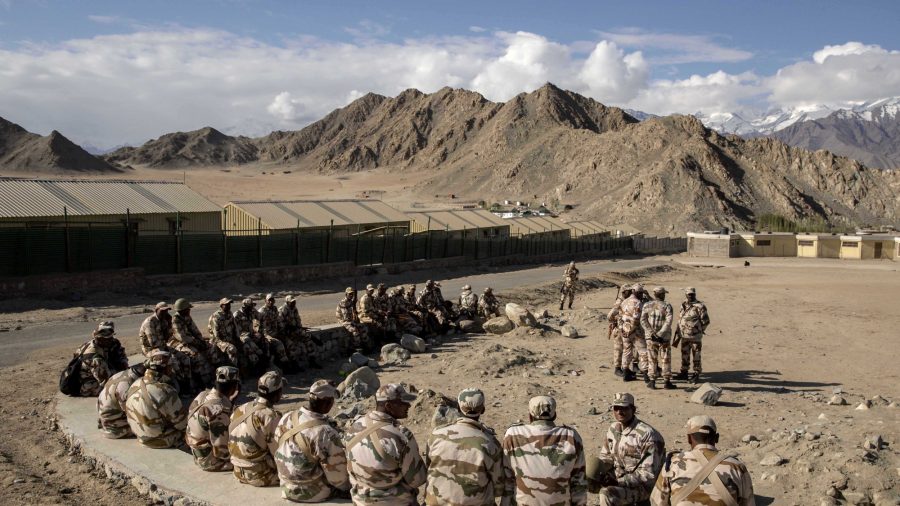 Just a couple of weeks back, we had a violent face-off with China in Galwan Valley. India lost 20 soldiers. A call for peace and calm was raised and India honoured it. But what did China do? It occupied the spur of Finger 4 in an aggressive manner in the Pangong lake area. It has started massive building operations in Galwan and is making a road along the river. And it has opened a new front in Depsang. It is adamant to superimpose its position on a contested Line of Actual Control (LAC) aiming to capture as much land as possible before things settle down. And we try to play the game with such an adversary on normal rules of engagement. Our ‘experts’ are busy fighting, arguing, and competing on tactical objectives involving road bends and few new posts here and there. China is a totally different beast and we have hardly been able to understand it, let alone manage to tame and befriend it on our terms. Last time we managed to get trust in them fully, it was the infamous 1962 war, and India cannot forget it.

China is a country that is ruled by an iron fist of communism. It is the country where an estimated 45 million people died in four years (1958-62) during Mao’s ‘Great Leap Forward’ effort from 1958-1962. China is a country that does not even allow its people to use Google, Facebook, and Twitter.  Just to give a perspective, it’s nearly one third of India’s population. China is a country that does not believe in providing basic rights to its people, and the CCP controls everything. It can get away with not even announcing its casualties in battles and deny its soldiers decent military funerals, and yet nothing changes. This is the country we are trying to fight now.

Don't Cave In. China Has To Be Defeated In Its Own Game

China can happily go to war or escalate border tension because aggression and violence is its go-to strategy to resolve issues. From Tiananmen square to Hong Kong protests, from sinking Vietnamese shipping boats to ambushing Indian troops with nailed rods, China can go to any level to get what it wants. We cannot let a little back and forth of a few soldiers on LAC delude us from its proximal position to create chaos. This is the country we are dealing with.

Our experts, panellists and the media do not discuss strategy. We believe in narration of the status quo as ideal representation of journalism. The media is weaving stories and most defence experts are majorly painting everything in their preferred colour, thus making it impossible for a common man to understand the issue.

Pangong Lake is a 135-km long landlocked lake. At the far end of the lake, there is a mountainous feature that has 8 spurs coming down also known now as the infamous ‘8 Fingers’. This is where the chaos starts.

The LAC is the demarcation that separates Indian-controlled territory from Chinese-controlled territory. India considers the LAC to be 3,488 km long, while the Chinese consider it to be only around 2,000 km. The LAC is neither delineated on a map or demarcated on the ground. Both countries have their own version. The confusion has been decades long.

Now, imagine these 8 Fingers as a chess board which has 8 lines, with India sitting on one side and China on the other. According to India, the entire chess board, all 8 lines belong to us, but we have had control only till line 4. Chinese on the other hand, assert that LAC runs through the second line (Finger 2) asking for control of 6 lines from their side, but only had bases till now at line 8 and posts beyond that in an area called Sirijap. However, they regularly patrolled the region. Both countries did, without much altercations. In 1999, when India’s deployment thinned in the area due to focus on Kargil, Chinese used this opportunity to build a road till Line 4. This road has been there for 20 years. In April-May this year, Chinese moved ahead and occupied heights at Line 4 and have built massive numbers of fortifications between Line 4 and 5, with around 20 forward positions that are on the ridge line of Finger 4 itself. This has been viewed as a tactical loss and encroachment of territory by many.

India’s forwardmost post is an ITBP post between Finger 3 and 4, from the last 10 years. We did not control Finger 4. Rather Chinese had road access to it. This is all part of a disputed area, where both parties claim to have the right to maximum area. However, if the government has said that Chinese are not in our territory, it means Finger 4 may be the new defined and accepted LAC. This is a smart move from Indian side to not only end up capturing half the disputed area but also locking Chinese down at Finger 4. Now any further move from them will be seen as breach of accepted international border, rather than movement in a disputed area. Government refused to take Chinese bait and has smoothly managed to negate Chinese claims till Finger 2.

The land border is where India has attained a degree of parity with the Chinese PLA; and in some sectors, even enjoys local superiority. As India continues to build border roads at a rapid clip, any Chinese advantages will start to steadily diminish, forcing the PLA to commit a greater quantity of resources and manpower to the border. Such deployments are not cheap for China. Ladakh and the Western Tibetan plateau are thousands of kilometers away from China’s demographic and economic centers of gravity, making any presence there expensive to set up and sustain. The road and rail to the region are tenuous, making them vulnerable to Indian interdiction.

To make matters worse for the Chinese, the PLA’s modernisation plans call for a reduction in the number of personnel, which would free up the budget and resources required to build a large, high-tech naval and air fleets to dominate the seas. Given that a majority of those cuts are being applied to the ground forces, it is hard to imagine the PLA green-lighting a permanent military build-up in their Western sector.

In the Galwan area, latest Satellite imagery proves massive construction efforts going on in Chinese side. Also, some construction on PP14 has come up, the infamous site of battle on the night of  June 15. This is a very critical point for China. PP14 is right on the location that gave China an excellent line of sight and observation ability into Indian side. I’m sure they will continue to build on it, irrespective of Indian resistance. The construction leading to this point is also going on at a large scale, proving that China aims to fortify and build up in this region.

Indian, Russian, and Chinese delegations would have met this week and discussed in detail how to be better neighbours. China's response has been moving troops to the Depsang area. Speaks volumes about the success of these meetings. PM Modi cannot behave like Xi Jinping because we have a democracy and the government and the PM are answerable to the public. The next best move to lead the country in one direction would be to provide some autonomy and control to the armed forces to manage the issue. They would be the best contenders in the country to provide real, workable and viable solutions to the crisis. If it’s the Olive Greens that are going to fight and defend the borders, even at the risk of losing their lives, why should they not be given the freedom to act the way they want, without any bureaucratic and political stifling and media glare. I’ll reiterate, ‘Keep calm and trust your Army’.