Durga Puja: Autumn Of Hope Turns Into Season Of Despair

A Puja during Covid, of court bans and thin crowds 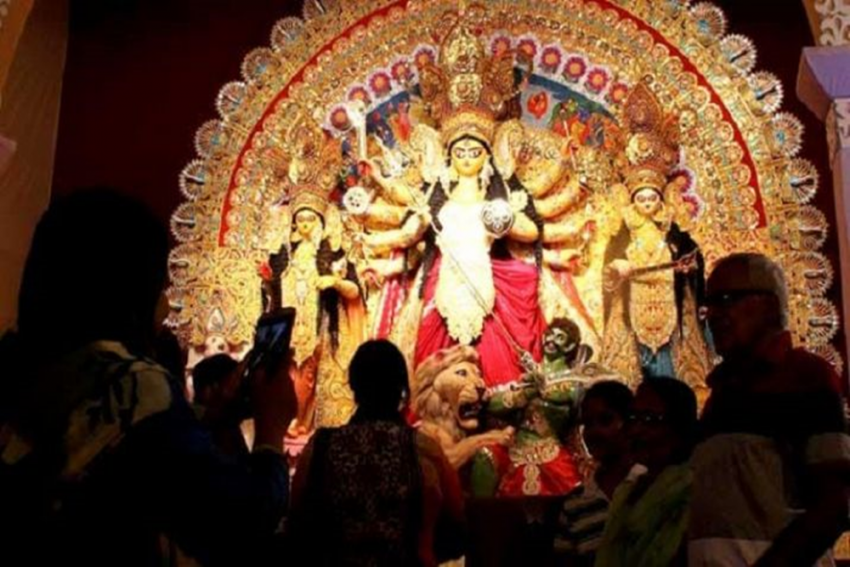 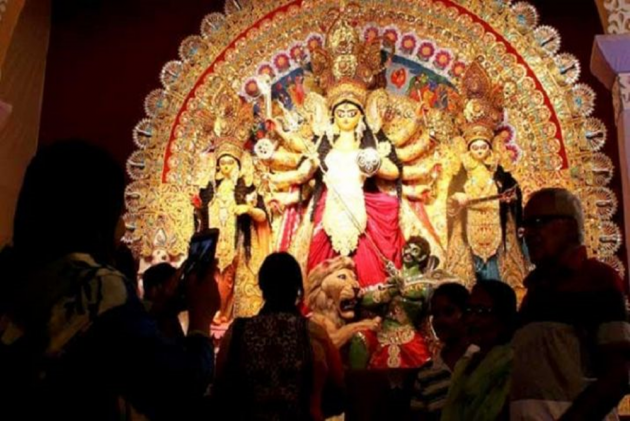 TV cameras roaming through deserted pandal after pandal, while a goddess’s eyes rested thoughtfully on the emptiness. What should have been the best of times became the worst of times – autumn of hope slipped into a season of despair. The issue was Durga Puja which threatened to spike a tsunami of Covid-19 cases if allowed to proceed.

The Puja was, after all, the time when the craftsmen of West Bengal earned most of their early income moulding statues, twining strings of lights, and setting up pandals and for the money to come in, the Puja committees needed sponsors. Was the virus going to put a stop to it? Chief Minister Mamata Banerjee broke the suspense by declaring a lockdown on Covid in one of her disastrously quotable quotes and the dam broke.

Civil society and doctors predicted a tsunami  ----- happy shoppers had already sent the cases spiking – did the state have a death wish? With the Apocalypse looming on the horizon, PILs and protests against irresponsibility proliferated until Calcutta High Court stepped in with a blanket ban.

In all the chaos, the only sensible solution was one that suggested that the committees hand over their funds to the craftsmen instead of spending on pandals and idols. But that idea was never floated and perhaps the potters would have been disappointed at not being able to worship Devi Mahamaya through their art.

Durga Puja 2020 began with the quietest Panchami on record --- the drums finally began to make their presence felt on Saptami morning and by evening thin streams of people were wandering up and down discussing the finer points of the pandals, clicking selfies and taking the barricades that blocked them in their stride.

There was debris of sanitization tunnels and sanitizer stands but few ran their gauntlet since the “No Entry for Public” signs restricted those facilities to organisers. In one, the dhakis were rocking for the benefit of four policemen ensconced in plastic chairs. Maddox Square was cordoned with ropes and policemen while the distant pandal contained the goddess blazing in gold and a few committee members stranded in one corner.

The expected hordes never came – except in a few places like Mudiali. “It was because there were no stalls and the court stopped the entertainment. After all, what do a few 100 potters matter when the welfare of 9 crores is at stake?” someone demanded.  And, despite all, despite the frequent police checks to make sure the rules were followed, the final night was full of desperate young bikers and their belles determined to flaunt their puja styles and see as many sights as possible, Covid or no Covid – after all there’s a divine protection force somewhere, isn’t there?

Miscommunication, mistrust, a misunderstanding of open spaces, and coronavirus perhaps, apart from what the rest of India refers to as Bengali craziness. Pandals are containment zones, one well-lipsticked activist declared --- but they are not, through the trucks en route to the river maybe. What should be contained is out there and we all need to learn to throw up our own shields more effectively instead of relying on government locks and keys.

*Anjana Basu is a Kolkata-based author and columnist. Views expressed are personal

Shimla Prepares For A Massive Makeover