Durga Puja During The Coronavirus Pandemic

Because of the covid pandemic, the question of crowd control is a crucial determinant in everyone’s planning for Durga Puja. 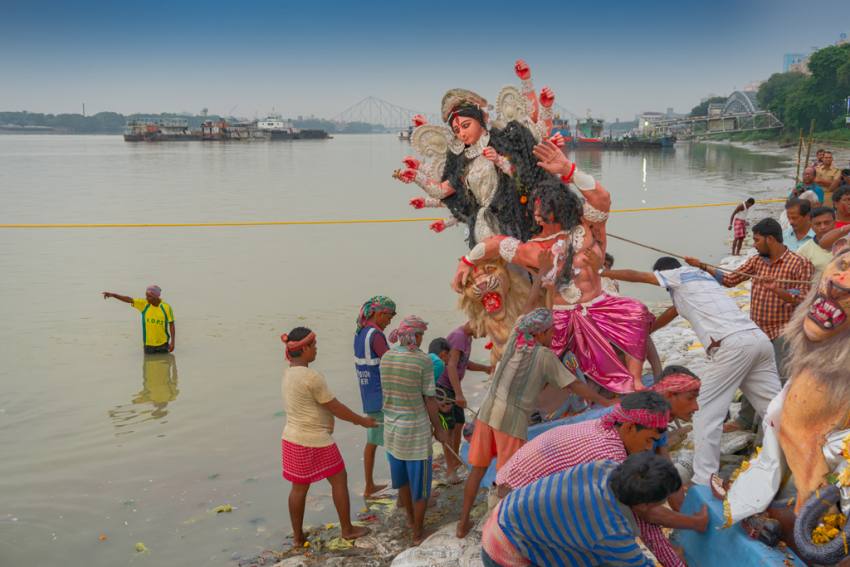 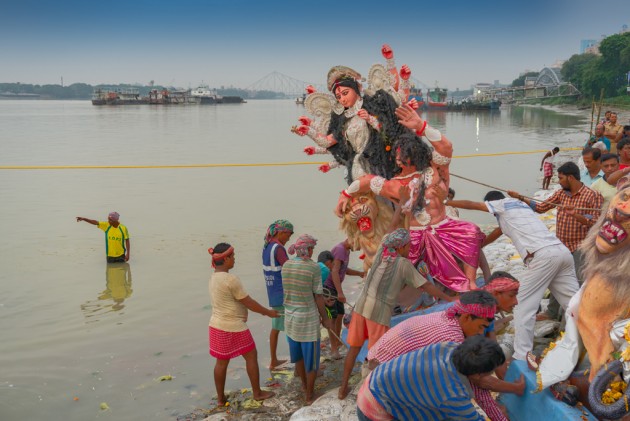 You hear “three sides open”, “two sides open”, “throw in south facing” and you may just think you’re buying a flat. During the coronavirus pandemic, that’s what the buzz around Durga Puja sounds like. The issue has gone beyond the ‘will it happen, won’t it happen’ stage and reached the ‘it will definitely happen’ stage. Cities like Delhi, have cancelled most of their pujos.

The run up to the event began with the revealing of a Durga deity that sported a silver mask and carried hand sanitizers – and that was only a preview from one organiser. But then, Durga Puja has always brought out Bengali creativity and engaged scores of pandal (stage) makers, light makers, potters who earn big during the season. ‘Expect the unexpected’ has usually been the theme for Durga Pujo celebrations. However, this year in many pandals, the theme has seen a shift. The Asura has shifted from being a buffalo to the coronavirus globule, the biggest evil the human race has to fight currently. Whether the spear will be a syringe and the chakra a hand sanitizer depends on how far the imagination of the organiser takes them.

The question of crowd control is a crucial determinant in everyone’s planning. VIP passes have been replaced by E-Passes– but then, how would people feel if they weren’t able to access an e-Pass and had to be turned away? Durga Puja is, after all a matter of respecting people’s sensitivities especially now that there are preventive measures being taken. Some organising committees are even considering handing over kalashes (pots) as passes which will ensure that only the fervent few turn up.

Drive-in pandals have been mooted which might prove a practical solution in certain wider streets. Rival Puja committees have even joined hands for displaying a common theme so they can perfect the drive-in concept, for example, Apu Trilogy in the case of three adjacent para clubs. But then perhaps three sides open would be a better idea. Except that Hindustan Park has three narrow closed sides and an enclosure of tubes that I wonder about every morning during my walk. Maddox Square which had three sides open is yet to set up. Ekdalia’s bamboos are relaxed while admitting 10 persons at a time into the pandal is being debated.

Singhi Park Puja, located on the Dover Lane, has always been open on three sides. It is now further tangling the locality in a Gordian knot—with rope, bamboo and unmasked karigars (workers) happily at work. Presumably, they have managed the funding that many others seem to be deprived of.  Mohammed Ali Park, on the other hand is reduced in size and the conversations are more about how to let people see the puja than the theme.

But yes, notwithstanding shortage of funds and bonuses, the saree buying has kicked off and the hawkers on Gariahat are hoping to recoup some of their losses.

“Will you wear that beautiful blue saree I gave you to the pandals?” asked a friend hopefully. I pointed out that anything I wore outside had to be washed or hung out in the sun until it could be ironed, and I had no intentions of risking any unusual weaves.

And yet, a well known lady walked into a high-end market, and proudly announced that despite being infected, she had continued going to work since it was very mild. “COVID-19 is more hype than anything else”, she declared flourishing her designer finds. Presumably, she had her puja visits chalked out in real time and a dry cleaner lined up.

Rath-yatra passed without any curbs, so there’s a hope that Pujo celebrations too will be smoothly organised.

*Anjana Basu is a Kolkata-based author and columnist. Views expressed are personal