While books have been written on the subject, the question continues to be raised: Does the right to free expression include the right to incite hatred, disrupt public order and create social tensions? 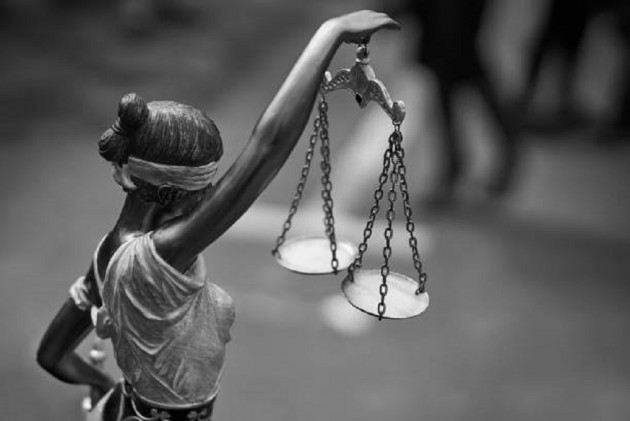 I am writing this personalised opinion piece at the invitation of Outlook because I am supposed to have a viewpoint, having spent 43 years as a journalist, that could add to the discussion currently going on about an article published on June 17 written by Salik Ahmad titled “Dear Editor, I Disagree With Your ‘Both-Sides’ Journalism.”

First and foremost, my heartiest congratulations to Ahmad for writing what he did and I am overjoyed that his “open letter” has gone viral on social media at a time when disinformation and falsehoods are read by a large number of people in the “post-truth” world we are living in. Why? Because his letter highlights issues such as false equivalence and tokenism which need addressing.

At the risk of sounding as if I am myself guilty of false equivalence, let me also congratulate Outlook’s editor Ruben Banerjee for publishing an article by his junior colleague, which publicly trashes him in the very publication (not printed on paper but online) he heads––Ahmad does not mince his words when he flays Banerjee for displaying a “fanatical commitment to giving both sides a fair chance.”

The editor could easily not have published his subordinate’s views on the ground that he disagrees with him and as his boss, would not allow himself to be mocked at for the decision to publish an article by a person described as a “youth leader” of the ruling Bharatiya Janata Party, Abhishek Mishra.

If Banerjee chose not to publish Ahmad, he could have done little else but (a) swallow his pride and sulk in a corner; (b) publish his letter anonymously or by using a pseudonym; or (c) quit his job at a time when hundreds of Indian journalists have been sacked or asked to take steep salary cuts. That Banerjee chose to publish Ahmad is significant because the latter did not pull his punches when he wrote:

“A lie is not an opinion. Plus an argument cannot be mounted on lies and unsubstantiated allegations, which the piece is riddled with. We cannot wash our hands of it by saying that it’s another person’s opinion. By publishing it, we gave it legitimacy. We normalised it. Amplified it.”

For those who are coming late into the discussion, Outlook recently published two articles, one by Aishe Ghosh, president of the students’ union of Jawaharlal Nehru University titled "Why JNU Thrives Despite the Plot To Pull It Down" and the other by Mishra with the headline “JNU A Centre Of Excellence But It Must Get Rid Of The Anti-National Forces.”

The titles tell much of the story. However, what Ahmad raises objections to are certain claims made in Mishra’s “opinion” essay, including the one wherein he alleges that “Ghosh and other Left leaders like Gita Kumari… were seen on camera taking masked goons into (students’) hostels…”

India’s national capital is very much a part of the post-truth world. In a media environment where falsehood and half-truths travel faster and wider than “facts,” Ahmad was bang on target when he wrote:

“My only submission is that the spectrum of legitimate debate must begin where hate, discrimination and oppression end. Hate just cannot be an opinion. Of course, those opinions, if uttered by influential people, can be carried in news reports, sandwiched between facts and context, or they can be probed in interviews, but progenitors of such opinions can’t be given a carte blanche on the op-ed pages. Journalistic debate, just like journalism, has to revolve around ideas of justice, kindness, progressivism, secularism, rationality, and as much as the word is frowned upon in journalistic circles, activism.’

I have tired hearing people arguing that a journalist should not be an activist, that she should be completely “unbiased” while reporting facts. None of us are unbiased, nor can ever be. Bias is inevitable in every human being and in each journalist, even when she is called on to report “facts.” In the past and particularly now, in an era of “information overload,” what we as reporters highlight and what we play down, what we emphasize and what we ignore––all these define our bias and predilection.

My first editor, the late Bhabani Sengupta (1922-2011) who edited the now-defunct Perspective monthly out of Kolkata, told me in 1977 that a journalist should never flinch from acknowledging his or her bias. He said: “Ask yourself if you are biased against the corrupt and those who abuse their power and whether you are biased in favour of the underprivileged and the vulnerable.”

I never forgot what he told me in 1977 and never will. And so I ignore those who argue that a journalist must swear by “truth, fairness and objectivity.” These are three very difficult words. Disclaimer and a plug: these words comprise the subtitle of a textbook I wrote with the name “Media Ethics” published by Oxford University Press, first in 2009 and again in 2012.

Incidentally, the late Vinod Mehta (1942-2015), who was the founder editor of Outlook, was one of the panelists at a discussion when the second expanded edition of the book was launched. I, among many others, consider him to be my guru in journalism and I am happy that Ahmad invoked his name in his article.

One reason why his letter to his editor has gained so much salience is on account of the debate that is current raging about the decision of New York Times to publish an op-ed article by Tom Cotton on June 3 titled “Send in the Troops”, in which the Republican Senator has argued that troops should be sent to quell demonstrators in the US following the killing of George Floyd.

Many NYT staffers were sharply critical in public of James Bennet, the editor of the editorial page, for publishing an article which sought to “normalise” violent rhetoric. One editorial writer Michelle Goldberg even described Cotton’s essay as revealing a “fascist” mindset.

The day after its publication, the NYT stated that the op-ed piece did not meet its own standards, that Bennet had allegedly not read Cotton’s essay before it was published, although he “invited” him to write the article. Three days later, on June 7, Bennet’s resignation was announced.

A NYT staffer has claimed that there was a “civil war” within the publication between younger “social justice warriors” and older “free speech advocates.”

This is the nub of the controversy that has been debated endlessly and continues to be relevant. While books have been written on the subject, the question continues to be raised: Does the right to free expression include the right to incite hatred, disrupt public order and create social tensions?

A word and a phrase need to be explained here. The phrase “false equivalence” is a logical fallacy, a colloquial version of which is the popular expression: Don’t compare apples with oranges. Ahmad is correct. One must never concede that a lie can masquerade as an opinion.

The word “tokenism” is a method of making a superficial or symbolic attempt to include a member of a minority community or an under-represented section in a group to appear “balanced.”

Much of the Indian media remains as elitist as ever. And mass communications in the country has perhaps never been as polarised as it is at present. Still, attempts are made by sections of the media to appear “objective.”

I speak from personal experience because I appear on what I consider “toxic” television channels, where the panel of speakers is deliberately stacked to represent a particular position or point of view. Those with contrary views are given little time and often shouted down. The channel can then claim that it is “liberal” because it has included among its panelists those holding the “other” view.

Why do I appear on channels that are part of the godi media? Two reasons: the first is that sometimes I am able to get a sentence or two in after waiting for 45 minutes; but more importantly, as a freelance journalist, I have economic compulsions to appear on platforms that compensate me for my time, although I disagree with their editorial stance.

I am extremely happy that issues relating to false equivalence are being discussed in the Indian media today. Congratulations again, first to Salik Ahmad and then a left-handed compliment to Ruben Banerjee.

To conclude, one recalls the famous words of the French writer and activist Francois-Marie Arouet (1694-1778), better known by his pseudonym Voltaire, who apparently never said what he was reported to have said and was paraphrased by his biographer Evelyn Beatrice Hall (1868-1956):

“I disapprove of what you say, but I must defend to the death your right to say it.”

(The writer is an independent journalist, author, documentary film-maker, publisher,  teacher and consultant.)