Over the past six years, the government has been systematically marginalizing farmers from the mainstream economy. Soon after Modi came to power, his government’s attempts to virtually annul the Land Acquisition Act, 2013 had stood out for political malevolence. 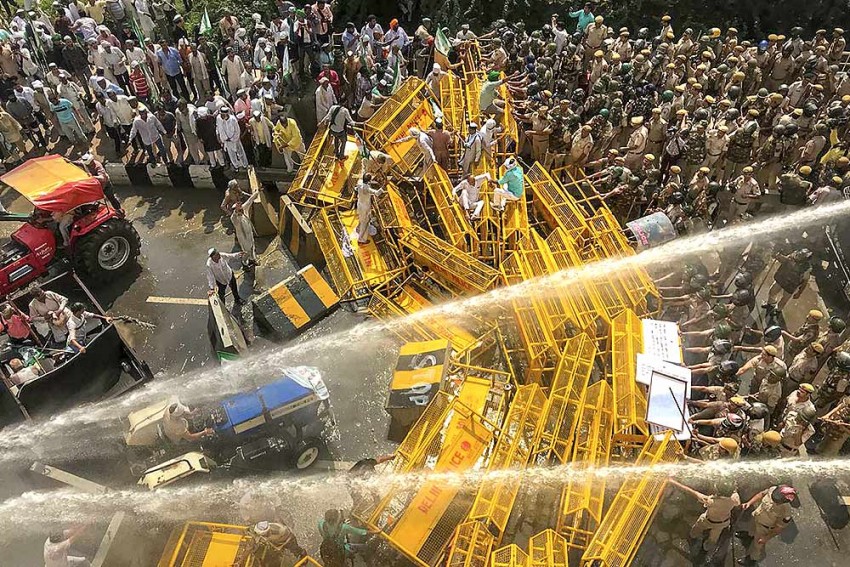 Promising something is easier than the intention and the capacity to deliver them. Given the farmers’ strident protests all over the country, this is the reality the Modi government will reckon with now. In 2016, the Prime Minister had set a formidable target to double farmers’ income by 2022. In less than four years, when the farming community is going through a period of distress due to increasing input cost, price contraction of output and the Covid pandemic, Modi unleashed three Ordinances – two of them were passed in Rajya Sabha, on Sunday, in complete violation of every Parliamentary protocol – that will force farmers to play second fiddle to the corporates.

Instead of fulfilling its “zimmedari” towards farmers, the BJP-led central government is hurtling India back to a “zamindari” regime; leaving farmers at the mercy of corporate giants. In the long run, the aatmanirbhar kisan will be forced to become a contract farmer because of these legislations that government is now passing off as ‘historical reforms’. Farmers will lose their productive autonomy to agri-corporations and become piece-workers on their own land.

The Farmers’ Produce Trade and Commerce (Promotion and Facilitation) Ordinance, the Farmers (Empowerment and Protection) Agreement on Price Assurance and Farm Services Ordinance and the Essential Commodities (Amendment) Ordinance, all three now converted into Acts of Parliament, will hit the backbone of Indian agriculture and condemn the community that feeds India to a proletariat.

Agriculture is a State subject. It was erroneous on part of the Centre not to consult respective state governments before issuing the three Ordinances as the scope of these does not fall under the direct jurisdiction of the central government. This unilateral decision has disrupted, once again, our federal polity; and at a time when the Centre should have actually extended a helping hand to the States which, despite heavily truncated financial resources, are taking measures to help farmers fight distress.

The Ordinance route to legislation shows the desperation of the government to corporatise agriculture. Statistics speak for themselves. The BJP has always shown a proclivity for short circuiting democracy and bypassing Parliament through Executive Orders. The UPA government, between 2004 and 2009, issued an average of 7.2 ordinances annually. This was further reduced to five per year during UPA-II. In contrast, the Modi government issued an average of 10 ordinances per year during its first tenure. The BJP regime has now turned Parliament into nothing more than an ordinance ratification factory; endangering parliamentary democracy.

Over the past six years, the government has been systematically marginalizing farmers from the mainstream economy. Soon after Modi came to power, his government’s attempts to virtually annul the Land Acquisition Act, 2013 had stood out for political malevolence. The trend continued with the high rates of GST on fertilizers, tractors and other agricultural machinery which collectively increased input cost for agriculture.

That the policies of the Modi government have relentlessly run counter to farmers’ welfare is borne out through official data. In 2019, 28 people dependent on farming committed suicide in India everyday. As per the National Crime Records Bureau, 10,281 persons involved in the farm sector ended their lives in 2019; accounting for 7.4 per cent of the total number of suicides in India. According to a reply given by the Union agriculture minister in Lok Sabha on September 15, 4260 farmers committed suicide in 2014-2015 because of indebtedness and bankruptcy. For the following years, the government claimed there was no data available on farmers’ suicide due to indebtedness and bankruptcy!

In agriculture, you have both production and price risks. Minimum Support Price (MSP) is a tool that guarantees farmers, prior to the sowing season, a fair fixed price for their crop to encourage higher investment and production. None of the three anti-farmer legislations contain any clause that would make procurement below the MSP impossible. Further, by doing away with the Agriculture Produce Marketing Committee (APMC) Act that facilitated procurement of a farmer’s produce, the government has given a free hand to private corporate houses to exploit farmers.

With the Farmers’ Produce Trade and Commerce (Promotion and Facilitation) Act, farmers will lose the MSP and other protections they hitherto received from successive governments. Exclusion of existing mandis established under the APMC Act from the definition of trade area will confine APMC mandis to their physical boundaries and give a free hand to big corporate buyers. Once commission agents are removed from the picture, the Act will hasten the creation of a monopoly of the corporates. Section 8 of the Act has divested the right of the farmer to approach civil courts in case of any dispute arising out of a transaction between the farmer and a trader. The conciliation mechanism provided in the Section tilts towards the traders, allowing them to ‘legally’ exploit farmers in the future. The combined effects of the legislations will weaken the purchasing power in rural areas and will further aggravate the distress.

Farmers are now protesting on the streets. Even the Akali Dal, one of the oldest allies of the BJP, has withdrawn its lone representative in the Union cabinet – Harsimrat Kaur Badal. It is evident to everyone, except to those in the BJP, that these three legislations are neither economically nor politically viable. They will have the same impact on agriculture as demonetisation and GST had on the MSME sector.

The government succeeded in muting microphones in the Rajya Sabha to muffle the collective uproar by the Opposition against the legislations. How does it propose to mute the voice of the 62 crore farmers who are now up in arms against the government? The government must listen to the voices of farmers. It must provide measures for reducing input costs for farmers. It must increase public investment in agriculture, particularly for irrigation, storage, research and development. It must offer a price guarantee for their produce.

The need of the hour is to give the MSP a legal backing, as recommended by the Commission for Agricultural Costs and Prices, and not to abolish it as the Acts envisage. The 47th report of the Standing Committee on Agriculture in March 2018 recommended “Comprehensive Justice” for farmers. The policies of the government should be directed towards this end and not in the direction of collapsing the agrarian economy of our country. The government must work towards providing more money into the hands of the farmer as this has a three-fold multiplier effect on the economy. Increasing purchasing power of farmers creates more rural demand which in turn leads to more consumption and thus drives the GDP on an ascendant path. The goal should be to strengthen a kisan yukt Bharat. Unfortunately, the BJP is leading us to a kisan mukt Bharat.

* The author is a Supreme Court lawyer and National Spokesperson of the Indian National Congress. (Views expressed are personal)