Mahatma Gandhi believed that the education system gave primacy to the mind and kept the body & spirit somewhere at the backburner. 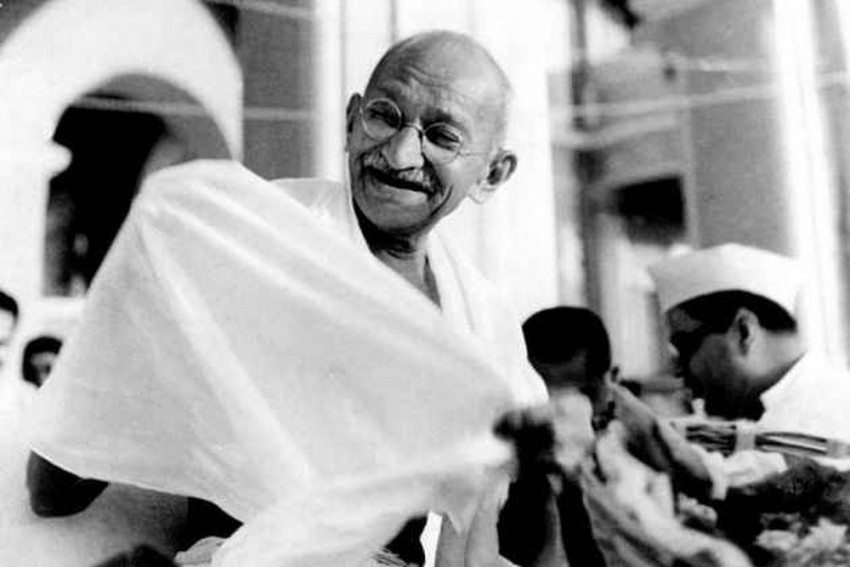 For Gandhi, education was incomplete without the element of learning. For him, a person was made of three constituents, the body, the mind and the spirit. Gandhi believed that the education system gave primacy to the mind and kept the body & spirit somewhere at the backburner. NEP 2020 after almost three decades of wait has exhibited a similar shift in philosophy wherein it holds that education in its primitive form of rote learning does not lead to the expected outcomes of human development. In order to alter this reality, the NEP has put this kind of education at a backseat and has given prominence to the idea of learning which is holistic, integrated, inclusive, enjoyable and engaging (Section 4).

A very interesting idea of learning how to learn has also been coined in the NEP 2020. Operationally, this will be made possible through a series of curricular and pedagogy reforms. For Gandhi too, the knowledge which is imparted through our education system mainly caters to the mind and hardly the body and the spirit. He was in fact a little unsure about the wholesome development of the mind too because the education system mostly bombards students with information which has no direct and obvious applications in their everyday lives and practices. As an awkward truth, it still very much holds true for the current Indian education system.

To corroborate this with Gandhi’s own words:

“My experience has proved to my satisfaction that literary training by itself adds not an inch to one's moral height and that character-building is independent of literary training. I am firmly of opinion that the Government schools have unmanned us, rendered us helpless and godless. They have filled us with discontent, and providing no remedy for the discontent, have made us despondent. They have made us what we were intended to become, clerks and interpreters”. (Gandhi 1921)

Any conversation around Gandhi and Education is incomplete without the mentioning of Nayi Talim which believed in Education for life, through life and throughout life. The idea of learning transcends mere education grounds itself in this theory and emphasizes greatly on the synthesis between vocation and education, a feature which has come out very prominently in the NEP 2020. Words like ‘behavior’, ‘ethics’, ‘hygiene/cleanliness’, ‘cooperation’ in fact have a surreal resemblance to Gandhi’s vision of education.

A clear and explicit emphasis has been given to making vocational crafts, arts, physical education etc. an intimate component of regular classroom teaching. For Gandhi, skill training and vocational education was important as it makes a student self-reliant and capable of leading her life independently. He believed that this kind of education is self-serving, sustainable, and long-lasting. Gandhi spoke about skills like handicraft, agriculture, cattle rearing etc. which might not be totally relevant to today’s context but it certainly offers viable and more contemporary alternatives like digital skilling, hand-crafts, etc. To make this possible, the most crucial would be the role of teachers who are not just the enablers but are also co-learners in this process. Gandhi emphasized that students must cease to be mere imitators but instead should be brave and bold to have meaningful dialogues with their instructors to create a more engaging learning environment, something which has clearly been the priority of the NEP 2020.

A very important aspect of Gandhian conception of education is a deeper understanding of how he viewed inequity and discrimination which was connected to the bigger politics of knowledge. Gandhi was always a proponent of Knowledge Democracy and advocated for knowledge to be owned, viewed and disseminated by everybody. This idea of knowledge equity has slowly and steadily taken shape in different National Education Policies in India and finds itself somewhere in the bigger vocabulary of The Socially and Economically Disadvantaged Groups (SEDGs) in the present NEP. Gandhi’s advocacy for equity and inclusion in Education was also directed at marginalized communities including people with no literacy, women, untouchables, caste minorities as well as other disadvantaged groups. In addition to giving equal access to education to these marginalized groups, Gandhi also offered a powerful idea of ‘lok-vidya’ or the knowledge of the people which finds a faint recognition in the NEP 2020. What needs to be understood here is that Lokvidya is much more than just the traditional knowledge and represents more inclusive lifestyles and working knowledge systems.

It also refers to dynamic vocational knowledge which exists in the society in various forms (Basole 2014). Through the proposition of this idea, Gandhi exhibited unique ways of seeing, understanding and changing the world.

Gandhi’s life and principles have repeatedly resonated the importance of local knowledge and local wisdom. A very crucial tool of exploring this local wisdom is through the means of language, something that Gandhi passionately talked about throughout his life. Coming from a time when we were slaves not just to colonial emperors but also colonial ideas of education, Gandhi vehemently opposed the idea of English as the medium of instruction as learning. Almost a century later (Hind Swaraj was published in 1908); we as a civilization find ourselves battling with the same ideas and philosophies. The NEP 2020 has a well detailed section on how multilingualism, especially the inclusion of mother tongue, is crucial to the process of learning and how the earlier a child is exposed to their native languages, the better they become at relating their realities to that of the culture and the world around them. While the subtle insistence on learning Hindi as a language of majority & national unity can be traced in both these journeys, it is rather fascinating to see how the prophecies of such old times still hold grit in this dynamic context. Gandhi in some sense was truly ahead of his times. To substantiate:

“There never was a greater superstition than that a particular language can be incapable of expansion or expressing abstruse or scientific ideas. A language is an exact reflection of the character and growth of its speakers. Among the many evils of foreign rule this blighting imposition of a foreign medium upon the youth of the country will be counted by history as one of the greatest. It has sapped the energy of the nation, it has shortened the lives of the pupils, it has estranged them from the masses, it has made education unnecessarily expensive. If this process is still persisted in, it bids fair to rob the nation of its soul. The sooner therefore educated India shakes itself free from the hypnotic spell of the foreign medium, the better it would be for them and the people.

Lastly, the idea of equity and inclusion cannot be seen in isolation and has to be contextualized in the bigger imagination of communities. Gandhi believed that the schools and the education system should be intricately tied to the idea of social service. Serving the communities and serving the underprivileged sections of the society should be an integral part of learning from early stages of schooling. Such ideas and practices will lead to educating the mind and the spirit and will also generate a sense of active citizenship, empathy and inclusion amongst children. The idea of active citizenship was also related to understanding one’s rights, duties and obligations as the members of the communities. While Gandhi’s conception represented a time dominated by rural centric lifestyle, it can still be viewed in parlance to rural-urban inequities that exist today. This idea of community participation has also been reflected in the principles as well in multiple other sections of the NEP 2020. In fact, just like Gandhian imagination, the NEP also envisions an active local and decentralized involvement of communities and other stakeholders in managing the day to day operations of schools in India.

It is important to clarify here that this article is no blind adulation of either Gandhi or his philosophies of education. It is well acknowledged that some of Gandhi’s idea around education (for e.g. the overt nationalism, idealism, insistence on majority and their choices, making religion as the basis/guide to meaningful education, etc.) have its own range of criticism and debate but it needs to be repeated that Gandhi lived and preached in a highly transformative period for India. It was a time when the economy was at a downfall, masses were highly uneducated, political instabilities existed and the county was walking on many other tightropes. What Gandhi did for us was to give the preliminary ideas to build the nation which was the need of the time. He was right in believing that Education is going to be the first step towards our prosperity and self-sustenance and it is the steady prolongation of policies like the National Education Policies that re-affirms those beliefs.

India is now an independent country but is also a country undergoing some really tough times. The pandemic has taken the country by surprise, the economy is extremely volatile, the reducing rural-urban divide has led to its own set of adjustments and challenges, the population of young but unemployed youth is at a constant rise and the democracy and the freedom of free speech/thought is undeniably under threat. At the outset, it might appear that Gandhi has become obsolete for this context but on the contrary, Gandhi has never been more relevant as he is today. It is time for us to acknowledge each other’s diversities & identities and take a more peaceful, non-violent and inclusive approach in understanding each other’s life struggles and demands. The only way to begin this conversation would be through the means of Education (not just institutional but also through popular education). It is only then that we will be able to prepare a more sensitive, un-biased and confident generation of learners who will be ready to embark on to a meaningful economic and social life as an adult. Until that happens, Gandhi is never going to fade away from the memories of the Indian saga.