The problem with conversion therapies is lack of consent, and how in many coercive cases it blatantly violates Supreme Court’s decision in Navtej Johar v. Union of India and the provisions of the Mental Heathcare Act, 2017. 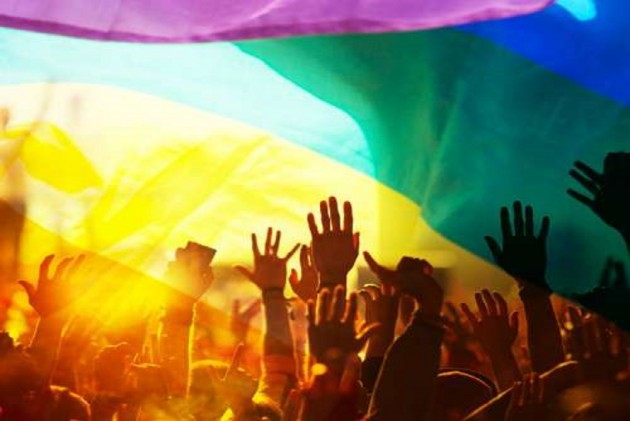 In India, several states have anti-conversion laws (“anti-conversion” laws are state-level statutes that have been enacted to regulate religious conversions), but when it comes to gender conversion, there is a sense of contradiction among the legislators.

Although the Supreme Court decriminalized consensual homosexual sex under Section 377 in August 2018, homosexuality is still considered as a ‘disease’ by many in India. And ‘conversion therapy’, which is considered harmful in psychiatric disciplines, is being practiced since years.

The problem with conversion therapies is lack of consent, and how in many coercive cases it blatantly violates Supreme Court’s decision in Navtej Johar v. Union of India and the provisions of the Mental Heathcare Act, 2017.

In recent years, there has been a rise in institutionalised attacks on the LGBTQ community.

In May this year, a 21-year-old student was found dead in Goa after allegedly being forced into conversion therapy for months for coming out to her parents as bisexual. The girl, who belonged to Kerala, claimed that she had been taken to multiple de-addiction centres over three months against her will as her family believed that being a ‘queer’ was a disease and it can be cured through conversion therapy.

In a Facebook video that she posted in March, she narrated how she was put on heavy medication at the centres without her consent, and how it was affecting her eyesight and she was unable to talk properly.

This is not the first such instance. The LGBTQ community has been targeted since ages. Even the police have been accused of harassing the trans community. Shrinivas Ramchandra Siras, a professor at Aligarh Muslim University, was also subjected to stigma. It was in 2010 when a few men forced their entry into Professor Siras’s apartment in the Aligarh Muslim University (AMU) campus and videotaped him having sex with another man. The next day, Siras received a suspension letter for ‘gross misconduct’. In April 2010, he was found dead inside his apartment.

In 2014, third gender was formally recognised by the Supreme Court and direction were given to the government to draft welfare and rehabilitation schemes. Justice K.S. Radhakrishnan, while delivering the NALSA judgment, opined his views on ‘sexual orientation’ and how such therapies are against the notion of self-determination:

Southern Poverty Law Center’s report on ‘Conversion Therapists,’ the Anti-LGBT Right, and the Demonization of Homosexuality positively covered how these therapies are harmful and inefficient in nature, as most of them are just for commercial gains. The Columbia University Law School recently reviewed the 13 peer-reviewed studies that did primary research on conversion therapy over the prior 30 years. Twelve of them “concluded that conversion therapy is ineffective and/ or harmful, finding links to depression, suicidality, anxiety, social isolation and decreased capacity for intimacy.” The practice, it concluded, “can be extremely harmful.”

As observed by J. Chandrachud in the Navtej Johar case – “Mr Chander Uday Singh, learned Senior Counsel appearing on behalf of an intervenor, a psychiatrist, has brought to our notice how even the mental health sector has often reflected the societal prejudice regarding homosexuality as a pathological condition.’

Hence, there are enough resources which dismantle the motion of ‘gender conversion’ through conversion therapy.

When the SC decriminalized Section 377 of the Indian Penal Code, Justice Nariman, while delivering the concurring judgment referred to the report which was constituted to consider the law relating to homosexual offences. Paragraph 32 of the report reads – “Moral conviction or instinctive feeling, however strong, is not a valid basis for overriding the individual’s privacy and from bringing within the ambit of the criminal law private sexual behaviour of this kind. It is held also that if such men are employed in certain profession or certain branches of the public service their private habits may render them liable to threats to blackmail or to other pressures which may make them bad ‘security risks’. If this is true, it is true also of some other categories of person- gamblers, drunkards etc those who become involved in compromising situations of a heterosexual kinds: and while it may be a valid for excluding from certain forms of employment men who indulge in homosexual behaviour, it does not, in our view constitute a sufficient reason for making their private sexual behaviour an offence in itself.”

There are hundreds other, like the 21-year-old Kerala student, who are forced to undergo conversion therapy and counselling by their peers and families who ignore the mental consequences. But the most important part is the lack of ‘consent’. The need of the hour is to educate our fellow citizens and build a society which accepts everyone without any blatant discrimination.

In 2019, the Parliament passed the Transgender Persons (Protection of Rights) Bill. The Bill defines a transperson as someone whose gender does not match the one assigned at birth. The Bill allows self perception of gender identity. But it mandates that each person would have to be recognised as ‘transgender’ on the basis of a certificate of identity issued by a district magistrate. Several activists and the trans community rejected the Bill citing several clauses that are detrimental to their fundamental rights.

There are hundred stories which reflect how difficult it is for the trans community to survive under one roof with their biological parents, and how often they are forced to undergo a conversion therapy.

So what is the road ahead?It is not only a law which can bring social change, we as a society need a social reform too. Mental health is to be regarded as one of the most important issues, and psychologist around the country should take appropriate steps to spread awareness about harmful effects of conversion therapy. Before its’ too late, we need to pause and give a thought whether it is a conversion therapy or societal murder under the garb of commercial fraud.

(The author studies law at AMU. Views expressed are personal.)