Get Set For A Once-In-Lifetime Celestial Treat

On the longest night in the northern hemisphere, Jupiter and Saturn come together in an extremely rare conjunction. Don’t miss it. 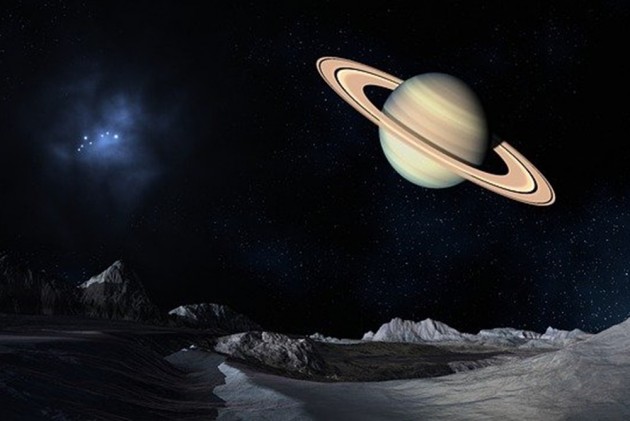 The year 2020 has been full of surprises so far, most of them unpleasant. Because of the Covid-19 pandemic, almost everybody on Earth is affected in some way or another. But the sky moves on in a regular manner, without any change in its pattern, independent of any events on planet Earth. But even then, there are some rare events in the skies which get astronomers and other space enthusiasts excited.

The night of 21 December 2020, is one of them. In addition to the spectacular second-most close conjunction of Jupiter and Saturn since the invention of a telescope in 1609 by Galileo Galilei, it will be the longest night of the year as well! The fact that this is happening during the Christmas week has led to several people calling it the Christmas Star.

Two celestial bodies visually appearing close to each other is called a conjunction. A conjunction of Saturn & Jupiter is sometimes called great conjunction. These two giant planets have not appeared so close since 16 July 1623 and that is the reason sky lovers and enthusiasts are getting very excited about this impending celestial treat. Prior to that, the closest observable Jupiter-Saturn conjunction was in medieval times, in 1226. The next occasion when these two gas giant planets will come comparably close will be on 15 March 2080. But seeing is not always believing. Though the two planets will appear to be juxtaposed one on top of another, but on 21st December night,  their actual distance from each other will be around 735 million km.

India To Witness 'Ring Of Fire' Solar Eclipse On June 21: All You Need To Know

The angular difference between the two on that night will be about only 0.1 degrees. In comparison, the full moon subtends an angle of about 0.5 degrees. That means, on the night of 21st December, Saturn and Jupiter will be as close as one-fifth of the Full Moon as seen from earth. Jupiter takes 11.86 years to go round the Sun once, whereas the orbital period of Saturn is around 29.5 years. That is the reason, every 19 years and seven months apart, the great conjunction occurs periodically. But their apparent separation varies every conjunction, depending upon their position compared to Earth.

But one should not wait for 21 December, because even prior to that both these planets will appear close to each other in the western sky just after the sunset. Every night the two planets will appear to progressively approach each other, closer than the previous day, culminating into a climax on 21 December at around 11:50 pm IST. In most of the major cities across India, the Sun will set on 21 December around 4:57 pm in Kolkata, 5:28 pm in New Delhi, 6:06 pm in Mumbai, 5:47 pm in Chennai and 5:58 pm in Bengaluru. So, just after sunset, without the glare of Sun, the conjunction and its best moments can be seen from almost everywhere in India.

But, for sky gazers and amateur astronomers, the nearness of Saturn & Jupiter can be observed from 10th December onward, after the sunset near the southwestern horizon. Around 15th December, the Moon will join the duo in the evening sky and form a triad. On 17th the Moon will be closest to the Jupiter – Saturn duo, whereas on 21st December, the moon will be quite up in the sky, compared to them. Interested people should gear up for an evening view of the southwestern horizon on 21st December since the once in a lifetime opportunity will end at around 7:12 pm when both the planets will set on the western horizon.

December 21 is also the winter solstice day in the northern hemisphere. We know that the Earth’s spin axis is tilted by 23.5 degrees to its axis of revolution around the Sun. The winter solstice is the day when the north pole of the Sun has tilted at its maximum away from the Sun. This causes the longest night time compared to the daytime. The night time duration on major places in India on that night will be Kolkata – 13 hrs. 15 mins., New Delhi – 13 hrs. 41 mins., Mumbai – 13 hrs. 01 mins., Chennai – 12 hrs. 39 minutes and Bengaluru – 12 hrs. 39 minutes.

In the Southern Hemisphere, that day will be the summer solstice and the longest day of the year, with Melbourne in Australia having 14 hrs. 47 minutes of sunlight. Invercargill, one of the southernmost cities in the world, at the southwestern tip of New Zealand,  will have a day time of 15 hrs. 48 minutes.

Social media is abuzz with innovative and imaginative theories about how this conjunction will affect Earth and its inhabitants. But there is not a single element of scientific truth in their prophecies. So let us say bye to 2020 by celebrating this celestial event.

(The author is Director, Research & Academic, M. P. Birla Institute of Fundamental Research. he views are personal and do not necessarily reflect that of Outlook magazine.)