GST Turns Four: Time To Include Petroleum And Alcohol, Make It Simpler

The Goods and Services Tax (GST) was introduced on July 1, 2017. Now on its 4th anniversary, what is the situation on the GST front and what needs to be done going ahead? 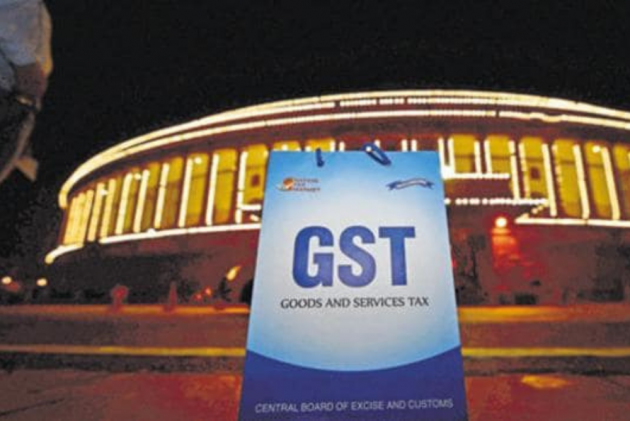 It was exactly four years ago on July 1 in 2017, the Goods and Services Tax (GST) was introduced in India by subsuming various indirect taxes into a single levy with much fanfare. The slogan of ‘One Nation One Tax’ was floated and many other promises were made by the central government to the participating states, in what is considered as one of the major tax reforms implemented in the country’s history. Now on its 4th anniversary what is the situation on the GST front and what needs to be done going ahead?

Inclusion of petroleum products and alcohol in GST regime

It is the general perception from 2017 that petroleum products will be brought under GST and the prices will reduce once they are included under GST. However, implementing this decision has a far-reaching impact on the State and Central governments’ revenue. As of date, the maximum rate of GST is 28 per cent and cess as applicable. As petroleum products are not currently under GST’s ambit presently VAT and Excise is imposed on it and are collected at around 150 per cent of the price of petrol. Hence there is great resistance by all the State governments to bring the same under the ambit of GST, as there will be a huge loss of revenue to the government. The finance minister has also recently clarified that at the moment there are no plans to bring the petroleum products under GST.  The liquor industry is also of the view that alcohol should be brought under the GST ambit. As petroleum products and Alcohol is not liable to GST, there is an increase in the overall cost due to the non-allowance of set-off on inputs.  The GST Council should ensure that both the products are brought in the fold at the earliest which would surely ensure a reduction in the prices.

The need to resolve issues around Compensation Cess

GST Compensation Cess was introduced to compensate the states till March 2022 for possible revenue loss due to the introduction of GST. Shortfall issues surfaced in 2019 and have continued due to economic slowdown, pandemic and recession.  The Central Government had faltered on the said compensation and gave an option to the States to borrow. However, there are many issues for the states to borrow. Some of the options available to the Central government are to take a loan from RBI, issue sovereign bonds, borrow from the market, increasing the items for recovering compensation cess or increasing the states’ share (SGST).  To shy away from the commitment and elongate the payments is not a solution to the whole issue especially in this pandemic situation. The central government will have various options to collect funds at a lower rate and on favourable terms. Hence Central government has to look at ways and means to raise funds and fulfil its commitment. Even the arrears of compensation cess to the states need to be distributed at the earliest.

Under the GST law, an advance ruling can be obtained with respect to the registration requirement, classification, determination of time and value of supply, admissibility of input tax credit (ITC) of tax paid and determination of the liability to pay tax on any goods or services or both. The Authority for Advance Ruling (AAR) has been constituted in each State/Union territory under the GST regime. The advanced ruling process has gained considerable traction under GST. One key limitation of the AAR/AAAR is that there have been numerous instances of divergent rulings being passed by different state AARs on issues. The GST Council, in order to address these limitations, had recommended the formation of a centralized appellate authority. The Union cabinet had approved the formation of a national bench of the GST Appellate Tribunal (GSTAT) at New Delhi to address tax disputes due to contradictory rulings. However, the said bench has to still see the light of the day. So, till the said bench is functional there will be contradictory judgements for taxability of liaison office receipts, the tax rate on solar projects etc.

The eligibility to claim a refund of accumulated cess balances of Krishi Kalyan Cess (KKC) and Swatch Bharat Cess (SBC) has been a subject of intense discussion and debate post introduction of GST since the GST law restricts the transition of such balances. Even the restriction under GST is a point of debate as there have been retrospective amendments in the said matter. Judiciary had been taking divergent views in the matter. However, as of date most of the GST assesses have reversed the KKC/SBC cess which was transitioned to GST. The authorities have not granted any refund to the assesses and the matter is pending before various forums.

GST has definitely ensured the formalisation of the economy.  It has improved collection, delivering seamless convergence under the one-nation, one tax theme and is definitely an enabler of ease of doing business. With uniformity of rates and elimination of multiple other indirect taxes, GST has cut out the cascading of levies, widened the tax net and added to revenues. The introduction of the e-way bill and e-invoicing has improved the system by reducing the issue of bogus invoices. It has definitely even brought the unorganised sector into the fold of the organised sector. Though it has helped the ease of doing business in a big way there is a lot of scope for simplification of the Act and removing the anomalies. Some of the major areas of improvement are refunds to exporters, having exemption at inception like SEZ units for an exporter, system of recovering tax from defaulter instead of the assessee and restrictions in various types of ITC.

The key hits of GST Regime are an increase in taxpayer base, the introduction of e-way bill and e-invoice, increase in the collection from year to year (ignoring pandemic period), clubbing of various taxes i.e. VAT, Excise, Service Tax etc, rationalisation of rates from time to time and hassle-free movement of goods.

The key misses of GST Regime are delay in implementing GST Returns system, continuous amendments and changes in the Act, contradicting advance ruling judgements, unnecessary blocking of the Input tax credit, delay in refunds, the applicability of GST on inter-branch transactions i.e. cross allocation of H.O expenses, complex return filing process and ambiguity over jurisdictions between state and Centre. Further four years have passed however petroleum products and alcohol are still outside the ambit of GST. It is high time the same is included under GST.

(Parag Mehta is a partner at N A Shah Associates, the country’s oldest chartered accountant firm. Views expressed are personal and do not necessarily reflect those of Outlook Magazine.)