The fundamental rights the law violates are guaranteed under Part III of the Constitution and include the right to equality, the right against discrimination in employment and the right to carry on any business or trade. 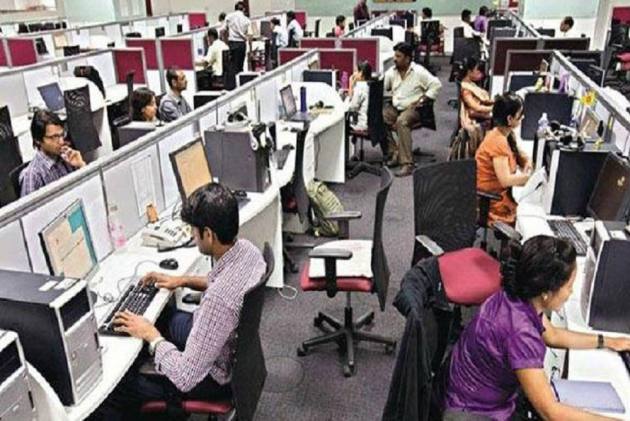 A new Haryana law that reserves 75% of jobs in private companies for residents of the state violates a raft of fundamental rights, a key Supreme Court order on reservations, was passed without authority by the state government and threatens business prospects in its premier start-up hub, Gurugram.

The fundamental rights the law violates are guaranteed under Part III of the Constitution and include the right to equality, the right against discrimination in employment and the right to carry on any business or trade.

The government of Haryana also lacks the requisite authority to pass such a law as the Constitution allows only the Parliament to pass a law prescribing reservation of seats in corporations under the State government under Article 16(3) of the Constitution. But even so, several state governments have pursued attempts to pass nativist laws whose ambit covers private sector employment as well.

The new law will discourage investors looking to invest in Haryana, said experts, on account of the burden of having to reserve 75% of all new jobs for locals. The rules and regulations under the law are also complex, and are likely to confuse investors.

Senior Supreme Court advocate Colin Gonsalves said the new law violated the equality granted by the Constitution. “When all citizens are equal, how can you exclude people in this way? You can give them a little benefit here or there, but you can’t exclude some others like this,” he told The Wire.

Several other experts have said the law is “regressive” and “inimical to the ease of doing business initiatives of the central government”.

On 2 March 2021, Haryana Governor Satyadeo Narain Arya gave his assent to the Haryana State Employment of Local Candidates Act, 2020. The Act requires private companies (including societies, trusts, limited liability partnerships and partnership firms) to reserve 75% of new  jobs where the gross monthly salary or wages are not more than Rs 50,000 for candidates domiciled in Haryana.

In March 2021, a Rohtak-based private company named AK Automatics challenged the legislation in the Punjab and Haryana High Court as being “void/unconstitutional” and a “sheer abuse of process of law”. Calling the law an attempt to introduce domicile as a qualifying criterion for private sector employment in place of “education skills and mental IQ”, the petition claimed the move would render industrial employment in Haryana chaotic.

On 15 March, however, the company withdrew the petition after judges noted that the government had not enforced the law and industry was therefore not adversely affected yet.

Freedom of movement and employment for all Indians anywhere in the country is enshrined in the Constitution of India through Articles 14 (right to equality) and 15 (right not to be discriminated against on the basis of, among other things, place of birth).

While Article 15(4) and Article 15(5) enable the State to make special provisions for the advancement of socially and educationally backward communities including through reserving seats in educational institutions, these work to promote affirmative action, or to achieve substantive equality for those who are unequal.

Though Article 16 introduces domicile-based reservations by allowing the State to ‘prescribe’ reservation in employment on the basis of residence, only the Parliament may prescribe such provisions, not a state government.

Haryana’s new law violates all these fundamental rights, and also fails to provide a reasonable classification of persons to implement an affirmative action measure, as directed by the  Supreme Court in Ganga Ram Vs. Union of India as far back as 1970 and more recently in Manish Kumar Vs. Union of India.

In the former, the apex court held that such a classification must be “real and substantial and must bear a just and reasonable relation to the object sought to be achieved”.

The statement of objects and reasons of the Act cites Haryana’s unemployment rate, the worst in the country at 33.5%, as the reasonable objective for the discrimination. But no explanation is offered for the number of seats reserved, with only a vague justification that  giving preference to local candidates in low-paid jobs will be “socially, economically and environmentally desirable” and “in the interests of the general public”.

In 1992, a nine-judge bench of the Supreme Court in Indra Sawhney Vs. Union of India put a 50% cap on reservation in employment. The Haryana legislation violates that settled position of law as well.

In 2014, the Supreme Court in Charu Khurana Vs. Union of India held that curbing access to employment on the basis of domicile had no rationale and is violative of citizens’ constitutional rights. Khurana, a make-up artist in Mumbai, had been denied membership to a trade union on various grounds including her lack of domicile. The court said this “invites the frown of Articles 14, 15 and 21 of the Constitution of India”.

Vini Singh, assistant professor at National Law University, Jodhpur, said such laws do little to serve the Constitutional goal of achieving substantive equality. “Even if one assumes that the state has a legitimate objective in passing such laws, the law at hand lacks means - end rationality and is clearly arbitrary,” Singh told Article 14. “Further, it will also have a disproportionate impact on the right to move and settle in any part of the country. Furthermore, the Constitution does not empower the state government to enact such measures, therefore the law is prima facie unconstitutional,” she said.

Nativism In Other States

This is not the first time that a state has attempted to provide reservation in private employment for “sons of the soil”. Led by political considerations, various states have enacted such legislation in the past, though not many are being implemented.

In March 2020, Maharashtra’s minister for industries Subhash Desai of the Shiv Sena declared that the government would bring in a law reserving 80% of jobs in private sector employment for sons of the soil, but the bill is yet to be tabled in legislature. An existing government resolution dating back to 2008 requiring 80% of all non-supervisory positions and 50% of all supervisory positions to be staffed by locals has not been implemented.

In 2018, Gujarat chief minister Vijay Rupani announced his government’s intention to reserve 80% of jobs for locals, but a law enabling the reservation is not yet enacted. Similar to Maharashtra, a previous government policy dating back to 1995 to reserve 85% of all  employment for Gujarat-domiciled individuals was not enforced.

In 2016, the government of Karnataka proposed a 100% reservation in blue-collared private sector jobs for locals. The move was dropped in 2018 after the advocate general advised the government that it would violate constitutional provisions, particularly Article 19. In December 2019, the government issued a notification giving “priority” to Kannadigas for clerical and factory jobs.

In 2019, the Andhra Pradesh government passed a law to impose a 75% employment quota for locals, becoming the country’s first state to actually enact such a nativist law.

But the law remains a non-starter after running afoul of the court. In May 2020, the Andhra Pradesh High Court observed that the quota may be unconstitutional and directed the State government to check the constitutionality of the law.

In March 2021, the Uttar Pradesh government issued an order to implement a 40% reservation for locals in the private sector in Greater Noida. The circular issued by the Greater Noida Industrial Development Authority declared that there must be “more than or equal to 40 per cent employment to local employees” in all companies operating in Noida. Enforcement of this circular has not started.

Chinmay Tumbe, a faculty member at the Indian Institute of Management - Ahmedabad and author of India Moving: A History of Migration, used Census data to show that state-level job reservations for native residents was driven by politics and the economic downturn, not by any real threat of locals losing job opportunities to outsiders.

Clouding The Business Ethos Of Haryana

Parts of Haryana have been a hub for industries including information technology, biotechnology, textiles and food processing. But the state’s position in the Department for Promotion of Industry and Internal Trade’s Ease of Doing Business rankings dropped from 3 to 16 in 2019, a ranking system that takes into account criteria including easy access to information, local laws, ease of getting permits and approvals, etc.

According to a survey by the IT industry body NASSCOM, about 90% of start-ups across India are facing a decline in revenues, and about 30-40% indicated that they are temporarily halting operations or are in the process of closing down due to the pandemic.

Against this backdrop, the new law is seen by industry as a body blow -- the number of seats reserved is very large, local job-seekers may have to be re-skilled and trained, imposing further costs on already stressed company bottom lines.

Industry bodies said the law would be a deterrent for companies to set up businesses in Haryana. Section 11 of the new law provides for penalties to be imposed on employers not abiding by the employment quotas, including fines from Rs 25,000 to Rs 1 lakh. “... if the contravention is still continued after conviction, with a further penalty which may extend to five hundred rupees for each day till the time contravention is so continued,” the law states.

Sunjay Kapur, chairman of the Haryana State Council at the Confederation of Indian Industry (CII) said that representatives from the CII and NASSCOM have asked the state government to “look at other ways of creating or increasing employability – through training or through hiring youth that are already available and qualify”.

The law also lacks clarity in some aspects, experts pointed out. For instance, it doesn’t provide any time period within which the transition must be made, nor does it specify whether the law shall be applicable to all industries and businesses.

Industry body experts concur that the government and legislature must carefully study the intersection of law and business and the consequent levels of industry’s engagement in the state. Chandrajit Banerjee, director general of the CII, said the Haryana government could have avoided imposing such restrictions at the moment. He said, “Reservation affects productivity and industry competitiveness.”