China under Xi needs to realise that the 21st Century cannot be Asian Century and much less a Chinese Century till the time it does not accommodate the other Asian players and not limited to the above. 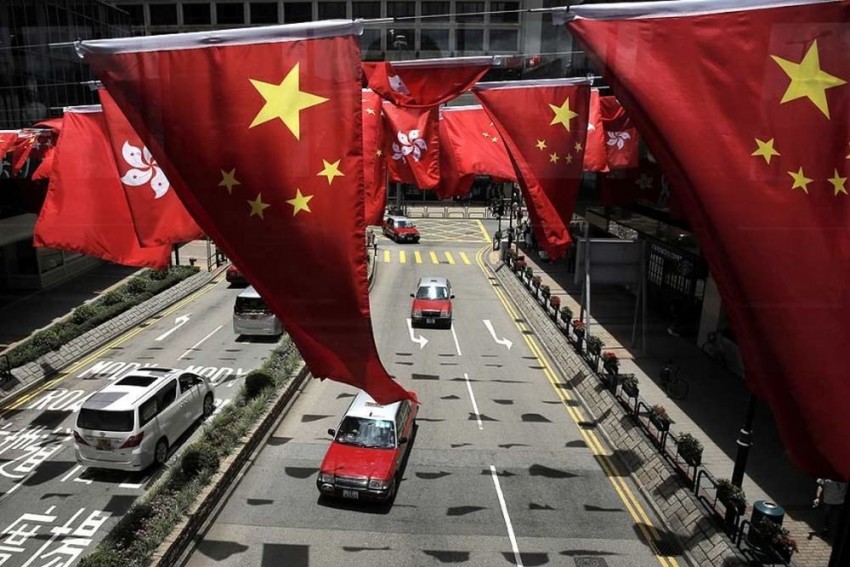 The United States is a distracted power today with a quirky leader at its helm whose impulses are concurrently Hamiltonian and Jacksonian in character.  With the US headed into a fractious Presidential election in the midst of a global pandemic and with all its fault lines wide open, its foreign policy would oscillate between splendid isolationism and grand exceptionalism. The latest manifestation of this trend is the hasty deal with the Taliban to hasten its exit from Afghanistan after 20 years of intervention and another 19 years of physical presence. It would be a miracle if the US honours its treaty obligations in North and East Asia if the push comes to a shove.

Exhausted by its military entanglements in Iraq and Afghanistan, confronted with a burgeoning national debt of USD 25 trillion, and public investment as a share of GDP is at its lowest levels since the end of World War-II, touted economic recovery  during Trump presidency conceals more than it reveals. Already, the withdrawal of the US from its role as a global hegemon has created a vacuum that would only exacerbate in the years ahead. Its heft, therefore, diminishes every day.

Russia, after a decade of drift post dismemberment of the Soviet Union, had been in a phase of steady consolidation since Putin’s first presidential term in 2000. In 2014, Russian Bear annexed Crimea and its proxies control the Donbass of Ukraine.  However, with its hydrocarbon-charged economy in decline, Russia’s ability to be able to play any significant role in Asia despite making some noises about the Vladivostok–Chennai maritime corridor) is limited. While it did back the Assad government actively during the Syrian Civil War, there is an inherent conceptual contradiction that stymies its Asian engagements. The paradox being that while Russia’s heart lies in Europe, its body (landmass) is predominantly in Asia. The Russians, for over 300 years now, have been unable to surmount the dilemma whether they want to be an Asian or European power. No longer can they be both.

Japan is also constrained by its history, geography, and not too glorious a role in Asia in the first 45 years of the 20th century. In the 1990s, the Japanese economy suffered a prolonged recession that followed the collapse of the fabled economic bubble of the 1980s. This stretch of economic stagnation, the “lost decade” as it is called, ended in 2002. However, the past 18 years have also been punctuated with “false dawns,” in terms of sustained economic expansion. Japan also has an ageing population to contend with.  Its median age is 48.4 years. By way of comparison, India’s is 28.1 years.

Given its experience with atomic bombs and the treaty obligations post World War-II, Japan’s constitution now does not allow it to have offensive military forces. Article 9 of the Constitution delineates "the Japanese people forever renounce war as a sovereign right of the nation and the threat or use of force as means of settling international disputes". However, it does have a Self Defense Force (SDF).

Herein lies the delicious irony, the SDF, defined in the constitution as "the minimum level of armed strength for self-defense necessary", is also the world's sixth-best funded army, according to the International Institute for Strategic Studies. Its budget is capped at one per cent of Japan's gross domestic product but when the country is the world's third-largest economy it  still works out to USD 47 billion in 2020, though way below USD 686 billion spent by the US or USD 175 billion expanded by China. Its servicemen are highly trained and the hardware they use is sophisticated. Thus, while Japan has the capacity to play a larger Asian and a global role, it has not shown any appetite to emerge from the America’s Shadow.

At USD 2.3 trillion, the Indian economy has grown nearly nine times since 1991. However, after attaining a high growth trajectory between 1991 and 2016, the economy has been on a downward spiral, thanks to demonetisation and a badly implemented Goods and Services Tax (GST).

For the past eight quarters the economy has been in a free fall and this is without factoring in the Covid-19 impact.  India’s defence spending at 1.8% of GDP is the lowest since the 1962 Sino-Indian War. This has been the trend since 2014. The pension bill at Rs 1.33 lakh-crores takes a huge bite out of the Rs 4.71 lakh-crore defence budget. Parliamentary Committees have repeatedly expressed serious concerns over declining defence budget numbers. Socially divided, isolated in its neighborhood, its great power relations in virtual limbo as spectacle replaced substance in its foreign policy, India also is hardly in a position to assert power in Asia.

Into this vacuum has stepped China. Since opening up to foreign trade and investment and implementing free-market reforms in 1979, China has been among the world’s fastest-growing economies, with real annual gross domestic product (GDP) growth averaging 9.5% through 2018 for over four decades. This pace of growth has been termed by the World Bank as “the fastest sustained expansion by a major economy in history.” Such growth has enabled China, on average, to double its GDP every eight years and helped raise an estimated 800 million people out of poverty. China has become the world’s largest economy (on a purchasing power parity basis), manufacturer, merchandise trader, and holder of foreign exchange reserves.

With it has come a growing military spend to modernise the People’s Liberation Army (PLA). In 2000, China’s defence budget was USD 14.6 billion or 121 billion Yuan. In 2020, China would spend USD 178 billion or 1268 trillion Yuan. In comparison, India’s projected defence budget for 2020-21 is USD 65.86 billion. Moreover, Chinese defence numbers are not transparent and could even be much higher. China’s defence spending saw an annual double-digit increase for 16 years from 2000-2016 before settling down to around 7.5% annually for the past four years. With this military testosterone has come muscle flexing in the maritime domain and on the Sino- Indian border while settling territorial disputes with lesser neighbour’s on generous terms to shore up Asian support.  It also unveiled the One Belt One Road initiative to aspire for global hegemony of which CPEC (China-Pakistan Economic Corridor) is contentious between India and Pakistan and by extension China.

Where is the Asian Century then headed? It seems to ostensibly be on track to become the Chinese Century. At least that is what the Chinese leadership thinks. However, this is where Xi Jingping has miscalculated.  Since becoming triple-hatted between November 2012 and March 2013 i.e. General Secretary of the Chinese Communist Party, Chairperson of the Central Military Commission and the President of the People’s Republic of China, Xi has embarked on a path of belligerence and intransigence, creating multiple inflection points around the world.

China under Xi needs to realise that the 21st Century cannot be Asian Century and much less a Chinese Century till the time it does not accommodate the other Asian players and not limited to the above.  If China turns its rise from peaceful to portentous, it will sow the wind, and not too far into the future, reap the whirlwind as other Asian powers will be compelled to shape a new Asian security architecture.