Here’s What 2020 Taught Us About Mental Health

2020 has been a landmark year for the promotion of public health in general, and mental health in particular. 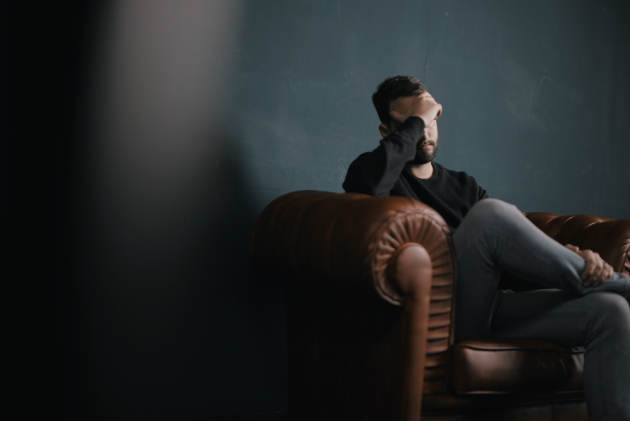 2020 has been a landmark year for the promotion of public health in general, and mental health in particular. This is especially true for India where the COVID-19 lockdown was coupled with the news of a famous Bollywood actor died by suicide (as per the recent investigations) that sent shockwaves across the country. If that was not enough, another famous actress who has incidentally been a brand ambassador for the prevention of depression was also charged with alleged drug abuse.

To a public health practitioner, beyond drama, politics, and infotainment, these 3 headlines constitute important exemplars for understanding the impact of mental health on our daily lives.

It was for the first time in modern history that countries across the globe went in for a near-complete lockdown of public places to control the spread of infection, thus limiting most of us to our four walls. Fear of catching the infection, loneliness, and depression caused by social isolation, uncertainty, and stress caused due to the economic impact of the lockdown and finally dealing with COVID-19 if infected, all amounted to a spike in the mental health burden of the populations. To assess the impact of the COVID-19 outbreak on mental health, the World Health Organization (WHO) surveyed between June to August 2020 among 130 countries across WHO’s six regions. Surprisingly, the survey shows that nearly 93 per cent of the countries reported disruption or halting of critical mental health services, even though the demand for mental health increased. For the silver lining, the survey also points out that nearly 70% of the countries are reported to have adopted telemedicine or tele therapy to overcome the gaps in service delivery.

Beyond public health services, international research with communities experiencing PTSD (Post Traumatic Stress Disorder) has shown that one of the biggest protective factors post a disaster or trauma, is “social support and social connection”. Considering that we are all still living under varying degrees of lockdowns and practicing physical distancing, COVID-19 has placed us in a position of an extra disadvantage as far as seeking in-person family and social support is concerned. In such a context, a scientific community across the world has been trying to identify factors that can promote resilience in people which can be critical in protecting them against serious mental health conditions.

Talking about these factors at an individual level, beyond genetics, how best a person can adapt to an adverse situation is a significant predictor of their resilience. Practical strategies to develop this adaptability include- accepting the emotional reactions you have, being open to revising your expectations from work and life gave the physical distancing rules in place, focusing on situations that you can control, and let go of personal responsibility for things that may be beyond your control like the global economic downturn. Besides these coping strategies, regular physical exercise, good sleep, and practicing mindfulness have been scientifically shown to reduce stress and anxiety amongst populations.

The unfortunate death of a Bollywood actor who was found hanging at his home set the media ablaze. As per the investigations so far, this seems to be a case of severe depression followed by suicide. While this particular case has been doing the headlines for months, very few have used it as an opportunity to explain the importance of suicide prevention to the common people. Do we know that in India according to NCRB’s 2019 data, nearly 381 people commit suicide daily? These numbers are likely to only increase in 2020 given the impact that COVID-19 has had, not just on our health but also on our education, jobs, and social networks- which can indirectly impact our mental health. Again, public health research shows that one of the biggest barriers to seeking help by individuals who have suicidal tendencies is the stigma and stereotyping around mental health. We are all aware of how “calling someone a mental” was a slang used so casually in our public conversations or how depression was never considered an illness until recently. Hence as a nation, we need to spread community-level awareness about recognizing mental health as a public health problem. Effective strategies could include- making people aware of symptoms and signs to identify common mental health conditions; public conversations to dispel the myths and taboos around mental health; encouraging communities to act as first responders for friends or family members experiencing mental health issues and most importantly knowing when to refer them for professional care.

The unanticipated connection of the suicide case with the alleged drug usage by a famous Bollywood actress who has also been quite vocal about dealing with depression was another headline that was used by news channels more for crafting an entertainment drama than really initiating a public dialogue around drug and substance abuse. According to data from the Ministry of Social Justice, nearly 5.54 crore Indians consume legally banned drugs like Cannabis and Opioids and Inhalants without prescription, besides 16 crore people who consume alcohol. Moreover, India has a growing number of problem users (those who are dependent or consuming harmful amounts), which spreads across the use of cannabis (72 lakhs), opioids (77 lakhs), and inhalants (22 lakhs). Since in patient care cannot be an answer to deal with lakhs of dependent users, there is a need to develop evidence-informed prevention programs targeted at youth to spread mass level awareness about the long term impact of substance abuse on their physical and mental health.

Conclusively, public health researchers at the Harvard T.H. Chan School of Public Health have come up with a comprehensive strategy to address the mental health implications of COVID-19 called “REACH for Mental Health”. REACH stands for a coordinated response to “ Do the Five for Mental Health”- ‘Recognize the problem’, ‘Expand the Social Safety Net’, ‘Assist Those Most at Risk’, ‘Cultivate Resilience’, and ‘Have Empathy’ thus giving a clarion call for public action on addressing the ever-burgeoning burden of mental health.