Is a symbolic act of restoring a demolished temple enough, ask Ravidas’s devotees 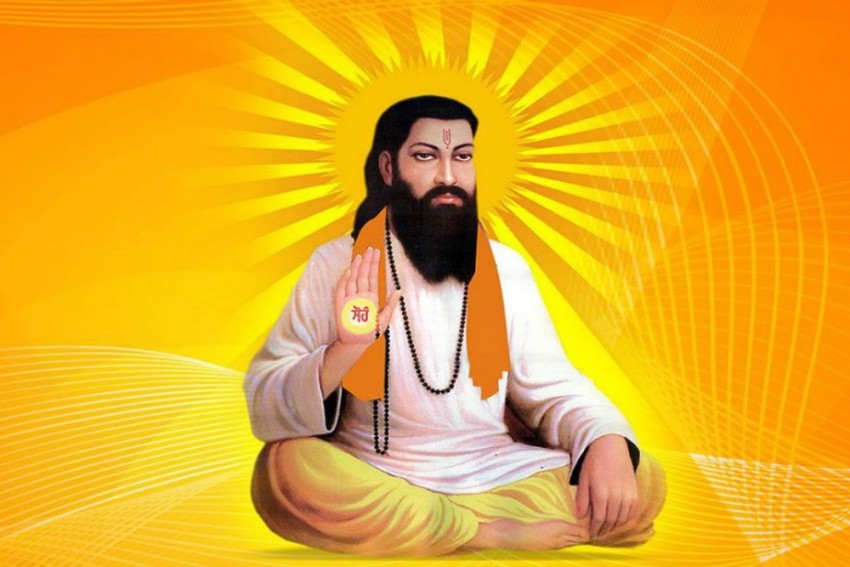 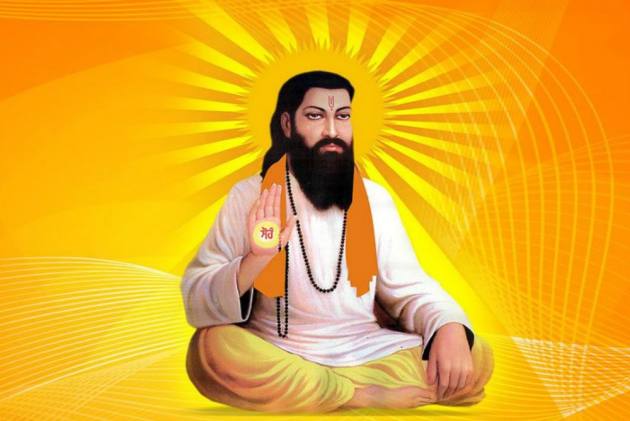 On February 27, the 644th birth anniversary of Ravidas — poet-saint and social reformer of the Bhakti movement who vigorously fought against caste evils — hope and misgivings swirled around the grounds of the once-famed Guru Ravidas temple at Tuglaqabad in Delhi.

While priests from low-caste communities waxed lyrical about Ravidas’s pursuit of personal spiritual freedoms and social unity, the congregation exhibited some trepidation about the socially depressed classes in India.

Their fears are not unfounded.

Two years ago, Delhi’s planning authorities on the orders of the Supreme Court demolished the historic Ravidas temple after a 27-year-long legal battle, citing its location in a protected forest area. For devotees, it was not only an attack on a sacred site where their sage delivered sermons, but also a further telling-down of their faith in an inclusive India.  After angry protesters from Punjab, Haryana and Uttar Pradesh spilt on to the streets urging the government to return the temple land and with persistent mobilisation to claim their rights, the apex court finally approved a 400-square metre plot on the demolished site.

Despite this being a token gesture, Ravidas’s birth celebration was particularly significant this year. After months of mobilisation, the locks to the contested area were opened last week, fuelling the Dalit community’s hope that their sacred site will be restored. The samadhis of saints from the Ravidas sect, which were flattened during the demolition, were decorated with flowers. Even a feast was prepared for the devotees.

While this symbolic act has been a balm to some, beneath the restoration is a mix of fear, uncertainty, and dread about an upper-caste controlled Indian state. Conversations with the community members made clear how the demolition was not just a blow to the development of the Ravidas religious identity and his spiritual merit in the pantheon of seers, but also to their own.

Echoing the views of a Dalit activist, a congregant said the Ram temple’s demolition became a major rallying cry for Hindus, so why couldn’t the Ravidas temple? Just as Hindus claim Ayodhya to be the birthplace of Ram, here too, the Ravidas sect has a historical claim to the site. It is believed that the Tuglaqabad land was gifted to the Dalits by Sultan Sikandar Lodi who took Ravidas for his guru in the sixteenth century. Ravidas’s relationship with the Lodi sultan became a symbol of Muslim-Dalit unity.

In Ayodhya, the Ram Mandir’s foundation stone-laying last year amid the pandemic was an extravagant affair with the Prime Minister and Hindu seers marking their footprints at the shrine and their PR machinery on full gear. In contrast, this momentous event for the Ravidas sect occurred on the margins of the city. There was no media presence, nor any political heavyweights gracing the event. Instead, gun-toting security men had fenced the area like a conflict zone, and the 400-square-metre land being “awarded” to the Dalit community was impressed upon through their weighty presence.

While the rest of the city has been stamped with posters for the Ram temple and door-to-door fund raising campaigns have been ratcheted up to lend legitimacy to the Hindutva campaign, no such designs are in place for the Ravidas temple. Those canvassing for the shrine have not resorted to threats, intimidation or smear campaigns in their mobilisation efforts.

The congregants, who had assembled in the makeshift tent on the Ravidas temple premises that day, said they were tired of their daily struggles against caste oppressions. Not only was the temple’s restoration perfunctory, the tyrannies and prejudices against the marginalized had deepened. Aiding it is a political dispensation that has allowed endorsement of repressions by the upper castes, including their silent and hateful body language and gaze towards “social outcasts.”

“We feel it in people’s gaze, the way they talk to us, at the workplace, in the cities, town and villages,” said a 40-year-old social worker. “Even though the caste system works differently today, the current regime is pushing us to the margins.”

The social worker pointed to the remnants of the shrine’s boundary wall as well as a small residential quarter for priests from the community who found a resting place here. During the demolition drive, the consecrated footprints of the ancient sages were swept away; the Ravidas statue was taken into official custody, and the future of the shrine was left shrouded in uncertainty.

For the residents in the neighborhood who are ardent devotees of Ravidas, the temple meant a safe space to pray, bond with their community members, and even flee persecution.

“Ravidas has taught us how to deal with conflict and tyranny, war and resolution,” said a congregant. “It’s the willingness to dedicate one’s life to the right cause that keeps us together.”

It is this conviction in Ravidas’s ideals and teachings as well as their own resilience that has allowed the Dalit community to win this battle on the margins, even as several other protests have been stamped out by the government through severely coercive means.

(The author is an independent journalist based in Delhi. She writes for India and US-based media. Views expressed are personal)