An overall trade policy framework between India and Pakistan is crucial for addressing their trust deficit and misapprehensions on an economic front. 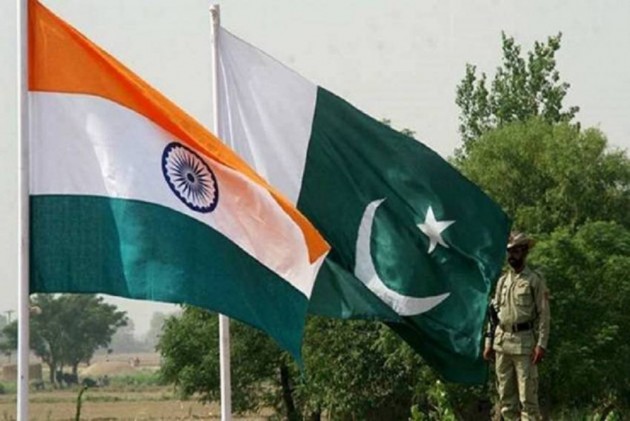 After almost two years, there was excitement among the advocates of India-Pakistan trade. Developments such as ceasefire along the Line of Control, exchange of peace overtures, and trade ban lift created an impression that relations between India and Pakistan are moving towards normalisation.

The mood changed in less than 24 hours when the decision to allow imports of limited commodities was rejected, in a meeting chaired by Prime Minister Imran Khan on April 1, 2021. The trade relations between India and Pakistan had changed drastically after the militant attack in the Pulwama district in February 2019, post which India withdrew the status of Most Favoured Nation (MFN) for trade granted to Pakistan in 1996, imposed a 200 per cent duty hike, suspended trade across the Line of Control (LoC) in Jammu and Kashmir region and Pakistan suspended all economic ties with India after the J&K Reorganization Bill in August that year.

Pakistan’s proposal to resume trade arose out of increasing prices and decreasing yield of cotton and sugar in the country. While Pakistan grows cotton domestically, majority of its cotton imports came from India, for example, in 2018, India accounted for 40 per cent of Pakistan’s cotton imports. After the trade ban between India and Pakistan in 2019, Pakistan began sourcing cotton and cotton yarn from the US, Vietnam, and Brazil, thereby witnessing a rise in cotton prices, amid low production and higher import tariffs. One of Pakistan’s major imports from India was cotton yarn (HS Code 520524), the import tariff on this product category is 11 per cent from the US and Vietnam, compared to 5 per cent from India.

Will ‘Heart Of Asia’ Meet Facilitate An Informal Dialogue Between Foreign Ministers Of India And Pakistan?

The textile industry is one of the major industrial sectors of Pakistan, accounting for 60 per cent of the country’s total exports. Pakistan’s government targets raising the country’s textile and clothing exports from USD 13.5 billion in 2018 to USD 25 billion by 2025. Expensive cotton can impact Pakistan’s competitiveness in cotton-based readymade garments. This matters even more with the China Pakistan Free Trade Agreement (CPFTA2) in the background. Under CPFTA2, China has eliminated tariffs on 313 priority tariff lines of Pakistan’s export interest. Of the 313 high-priority products that Pakistan can now export duty free to China, 130 are from the textiles and clothing sector. For Pakistan to fully reap the benefits of the CPFTA2, access to low-priced cotton is essential to maintain export competitiveness for cotton-based readymade garments globally.

After textiles, the sugar industry in Pakistan is the largest agro-based industry, with an annual production of 5.5 million metric tonnes. In 2019-20, the global sugar production stood at 167 million metric tonnes, 18 per cent of which is constituted by Brazil, 16 per cent by India, and 3 per cent by Pakistan making it the eighth largest producer and consumer of sugar. After Pakistan banned trade with India, it started importing sugar from Brazil, China, and Thailand, among others, leading to a surge in prices and restricted supply.

Before February 2019, cotton and sugar were the top items exported by India to Pakistan, and the imports of fruits, vegetables, and nuts from Pakistan constituted a significant share of India’s total imports from Pakistan. Upsetting the cross-border trade dynamics can often have more repercussions than foreseen. Trade disruptions often cause fluctuations in the price of goods that would have otherwise been kept under check by the balancing out mechanisms of international trade. For example, gypsum, imported from Pakistan, was being used in India as well as in Nepal as raw material for their cement plants. To avoid empty backhauling, trucks carrying these consignments brought back other products such as yarn from mills in Uttar Pradesh to Punjab. In the absence of gypsum trade, the per-kilogram freight rate of trucks transiting from Uttar Pradesh to Punjab had increased almost two-fold. Moreover, the numerous spinning mills in Indian Punjab lost access to markets in Pakistani Punjab that provided a valuable consumption base less than 300km away. With Pakistan deciding to completely suspend bilateral trade, exports of cotton from India to Pakistan were affected the most, eventually hurting Pakistan’s textile industry.

Additionally, there is a hidden human cost of suspending any economic activity. According to our research, Unilateral Decisions and Bilateral Losses by Afaq Hussain and Nikita Singla, more than 50,000 people in Amritsar were directly affected because of their breadwinners’ dependence on bilateral trade. A decision to lift the trade ban will not only help stabilize prices of trade-able commodities, but also restore employment for people in the border areas of Wagah and Attari.

The Covid-19 pandemic has plunged into recession economies across the globe, including those of India and Pakistan. While some of the pandemic-induced drop in growth and trade is outside the control of any nation, an overall trade policy framework between India and Pakistan is crucial for addressing their trust deficit and misapprehensions on an economic front. This backed with political inclination on both sides, reflected in small beginnings (like India withdrawing 200 per cent duty hike and Pakistan restarting trade even if for limited commodities), could be called a beginning to good times.

(Nikita Singla is Associate Director and Priya Arora is a Senior Research Associate at Bureau of Research on Industry and Economic Fundamentals (BRIEF), New Delhi. Views expressed are personal and do not necessarily reflect those of Outlook Magazine.)