An attempt to make sense of the official statistics thrown at us from RBI, Finance Ministry, Niti Aayog and so on. 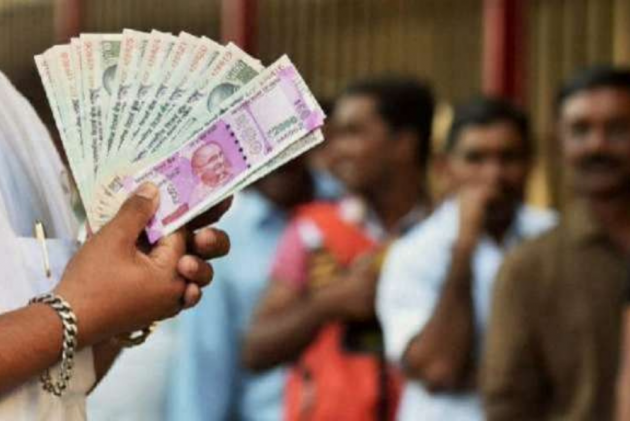 Covid-19 has disrupted the economy in general and the financial security of families in particular. In the jungle of quibbling over economic numbers; these numbers do not make any earth-shattering difference to you if your job does not return, or your business does not re-open. While they give a general sense of direction of the economy, they always carry the essential subscript in a fine print wherein lies the real message and consequences. But the competing noises on TV laced with obtuse economic jargon keeps us mindlessly occupied about these numbers thrown at us without anyone being any wiser at the end of the show.

Let us take the hard path to follow and believe (the harder part) the official statistics thrown at us from RBI, Finance Ministry, Niti Aayog and so on. India we are told will grow in FY 21 @ 10% or so while we contracted in FY 20 by 7.3%. So from 100, we went 92.3 to add 10% this year to become 101.5%.  This means as a nation,  we would have grown by only 1.5% in the last two years. With 6% plus inflation, it also means that in real terms, we would see a degrowth of 4.5% as far as the country’s purchasing capacity is concerned.  A quarter of the economy or maybe more is informal where the data is either not disclosed by design or is not captured by default during this statistical data collection and extrapolation exercises. One does not have to be an economist or statistician to know that during the Covid times, it is the informal sector smaller player who has been hit the hardest. Your Dhaba owner, its waiter, street vendor, construction labour, employees of Covid-affected sectors etc. have all but gone bust. It is safe to say that these sectors were twice as badly affected as the formal sector but let us side by side also assume that they will come back at the same speed as the rest of the economy. If we do this exercise, after things return to normal, we come back to exactly where we started at 100. With 6% inflation, at 94%: so, in effect 6% down in 2 years.

Now inflation also means the transfer of wealth from fixed income (read wage and salary earner) to variable income groups (read businesses). That in simple terms would mean, growing inequality in an already iniquitous nation. A nation where the consumption level and opulence of the West has long learnt to comfortably sit with Sub-Saharan level of grime, squalor and mal-nutrition. Now if in the last two years the country has not grown in nominal terms, but the filings of top 11 billionaires show that they have added 35% to their wealth since lockdown, it means that whatever growth came, it went straight to the top percentile of people.  While the rich are busy playing their Forbes top-ten derby Indian middle class, driven by some subconscious desire perhaps, is busy obsessing about it.

In the meantime, we forget hundreds of unfashionable facts which surround and impact us. Simple things like eggs have become expensive by 15%, oils and fats (so essential for the poor who cannot have the fancy proteins) by whooping 31% and pulses by 9%. Now it is this kind of things which have serious implication on the nutrition of the poor households. As it is, the Lockdown and Corona pandemic has led to the disappearance of their savings, mounted their health expenditure and rendered many jobless.

This has created the unavoidable necessity for the Government to provide food and medical security to the poorest which in turn would keep the public finances stressed for the next few financial years to come. With the necessity to build additional health infrastructure, It will further impair the Government’s capacity to stimulate growth through general infrastructure development in the next few years to come. On the flip side of the coin, the top 11 billionaires of the country have added wealth during Corona sufficient to take care of the Ministry of Health’s present budget for the next 10 years. To talk of islands of richness Floating amidst the swelling ocean of poverty is what India is today.

The growth scenario for the next few years in terms of the growth for the poorest does not look too bright. Azim Premji University in a study has claimed that 22 crore Indians post-Corona have slipped below the poverty line. Even if 50% of it is true, it does not paint a rosy picture. Centre of Monitoring Indian Economy (CMIE) calculates that post-Corona 97% of Indians are poorer than before.

The Government can always, as the Governments world over do, print money. The problem only is that as a production eco-system, we suck at increasing output and productivity. It then becomes equivalent to spraying a lot of water where the soil is fractured and the roots of the plants are week. The water then runs off and in this case runs off to the dens of speculation and finally will settle down in the bottom pit of inflation. It is at loathe to nourish the plant. We are seeing a conundrum where the world, India included is awash with manufactured liquidity, created by Central banks who while professing their autonomy act obediently at the behest of Central  Government - and yet there is joblessness, unemployment and surge of inequality. Indian Stock market in the meantime has doubled since March 2020! It is the new IPL for the classes. Last 3 years we added an average of 43 lakh new Demat accounts, this FY21 we are going to add 143 lakh!

The only game which is growing in the country is chasing the stocks. One day, when the shit will hit the ceiling; the smaller, excited, first-time investor will be the last man left to hold the ball with the air hissing out of it. It is time the Government stepped in to educate and make the smaller investor aware and forewarned. That too in languages other than English as tier 2 and 3 cities have joined the stock market carnival which at some point by the logic of the market has to turn into a carnage for the big boys to make money on both sides.

There is also an element of compulsion. The middle class with some saving is left with few opportunities. A weighted average of Interest rates with scheduled banks has fallen to an all-time low of 5.4%. Now with inflation at 6% and Inflation expectation at 10.3%, it means your fixed deposit in real term is losing value. Where does the retiree go? His rentals are depleting, his properties have not given the promised return just as elsewhere he continues to see the shares reach inexplicable heights. So with both greed-driven “FOMO” (fear of missing out) and fear-driven TINA (there is no alternative), he has nowhere to go but take the plunge in the stocks market on the first tip he gets from his friend who heard it from his friend whose friend is an MD of a brokerage house in Mumbai. So the game is getting set at some point- impossible to time it though- for mother of another boom and bust cycles which almost always affects the smaller investor whose information access is the least both in terms of speed and credibility.

Globally rising prices especially of raw material- Steel, Cement, Non-ferrous metals, Oil, Plastics and so on-however, has acted as a financial oxygenator for the Government which collects GST and other taxes as a percentage of the cost. No wonder then, GST collections have gone up in April to 1.41 lakh crore and are expected to hold above 1 lakh crore in June. In a post-pandemic world, with a somewhat sullied Indian story, it will be a challenge to raise resources through foreign investment. The divestment story of selling PSUs too lingers on in procedural wrangles of the Government and general risk aversion of the Private capital to investing in old economy nuts and bolt businesses. Besides, the Government is in an unenviable position to clean up long moribund sectors- Real Estate, power, MSME and PSU Banks. The headroom to the Government both on the fiscal and monetary front, therefore, remains limited. The Government seems all-powerful when it takes its coercive avatar and initiates actions on citizens or on twitters of the world alike. But when it comes to larger issues of the Economy of a country as massive and as poor as ours, it seems to be low on ammunition. Faster we citizens realise that “Atmanirbhar” means that you are on your own better than it is for us.

And that, ladies and gentleman, is the long and short of the numbers and jargon which gets thrown at you from various channels by sombre looking economists.

(The author is an Ex-IPS officer and a technology entrepreneur. Views expressed are personal and do not necessarily reflect those of Outlook Magazine.)