With the Modi government’s commitment and measures, J&K’s status as India’s pride and a symbol of civilisational values will further get enhanced. 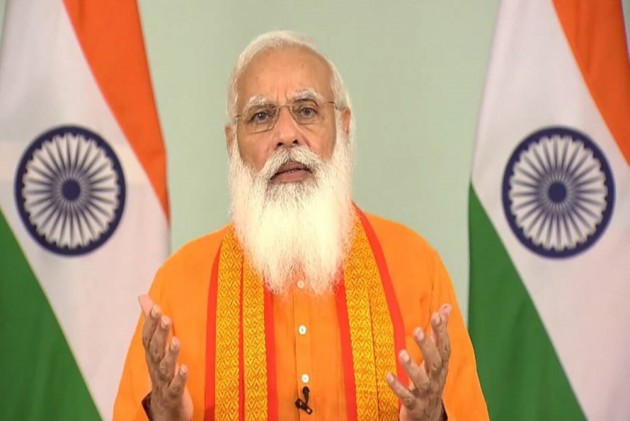 After Prime Minister Narendra Modi's meet with the representatives of all parties, there’s a renewed hope for Jammu and Kashmir. The PM has reiterated the government’s commitment and resolve to strengthen grassroots democracy in J&K.

The immediate priority is the delimitation exercise, followed by elections. Union Home Minister Amit Shah has reiterated the Centre’s priority to restore the statehood of J&K, once the elections are over.

The return of displaced Kashmiri Hindus will then correct historical wrongs and also complete the democratic process.

While a handful of naysayers may still be there, the scrapping of Article 370 has been arguably one of the most significant, if not the most significant, milestone of the Modi government. While Sardar Patel undertook the integration of princely states, Syama Prasad Mookerjee fought for the complete integration of Jammu & Kashmir with the Indian Union. Under the Modi government, Mookerjee’s vision became a national mission. Jammu & Kashmir’s complete integration with the Indian Union is a move that resonates far and wide.

With the Modi government’s commitment and measures, J&K’s status as India’s pride and a symbol of civilisational values will further get enhanced.

In the last one-and-a-half years, while the Covid pandemic has severely tested and challenged India, and dominated news headlines, a quiet, but remarkable, saga of mainstreaming of some of the farthest Indian regions, has also been underway. Today, the border States in all the four directions, and their regional, social, and cultural aspirations, find a greater say and representation in the national collective consciousness.

While Kashmir is expected to drive headlines, other regions, too, have seen some remarkable interventions.

Take the eastern state of Assam. Right through the Atal Bihari Vajpayee years to the Narendra Modi years, the North-East has got special attention. Yes, former PM Manmohan Singh was a Rajya Sabha MP from Assam, too.

In the recent months, if Assam has found a more prominent place in the national imagination, with ideas and policies emanating from the state getting discussed more often, including in the popular media, part of the reason could also be Himanta Biswa Sarma’s rise as the BJP’s face in the State.

It’s not just the North and the East that have come closer to the Centre. The South, too, has seen a greater integration with the National Core.

Take Tamil Nadu, for instance. After DMK was voted to power, Chief Minister M K Stalin, though representing a party of the dynasty, has taken initiatives that have been noticed.

In one of his first moves after taking over, he formed an all-party panel on Covid. Among other measures, the state government’s announcement on women and different caste groups as priests triggered a positive debate. Tamil Nadu BJP president, L Murugan, for instance, said that “people of all castes, including women, have been priests in the temples of Tamil Nadu, since ancient times”.

Tamil Nadu’s move to set up an Economic Advisory Council with Raghuram Rajan, Arvind Subramanian, Jean Dreze, S Narayan, and Nobel laureate Esther Dufflo, too, has similarly generated a buzz. Both Rajan and Subramanian have earlier worked with the Modi government, even if they later turned into government critics. Dreze has been a vocal critic of the Modi government, but earlier has lauded the Food Security programme and PDS structure of a BJP state government in Chhattisgarh, under Raman Singh. The TN Economic Advisory Council and its impact will be keenly watched.

The TN CM, who recently traveled to Delhi, reportedly, had a warm and cordial meeting with PM Modi.

Meetings aside, it’s interesting to see how Tamil symbols, literary icons, and personalities from other walks of life have become part of our national conversation. Take, for instance, the International Yoga Day on June 21, when PM Modi invoked the great Tamil saint Thiruvalluvar. Thiruvalluvar has been quoted in many national events lately, including in almost all recent Union Budget speeches.

In one of his recent “Mann ki Baat” episodes, PM Modi said that “one of his shortcomings was that he could not make effort to learn Tamil, the oldest language in the world, which is such a beautiful language”.

A contrast of this fulsome integration of Tamil traditions and cultural symbols with the mainstream, say, with the years of Tamil separatism, would show why the last few years have been extremely crucial in India’s evolution.

It’s the West, too, that has inched closer to the national center. Before 2014, the Gujarat model of governance was debated endlessly. Of course, both the Prime Minister and the Home Minister hail from the state, even if PM Modi chose Varanasi as his Lok Sabha constituency.

Lately, many commentaries have raised questions over India’s onward march, especially in the wake of the Covid onslaught. One of the most significant stories of the recent years, though rarely acknowledged, has been greater integration of Kashmir to Kanyakumari, Kutch to Kamrup, with the National Core and the Indian Collective Consciousness.

This national project needs to be acknowledged and celebrated.

(The writer, a JNU alumnus, is a political analyst. Views are personal. Feedback can be sent to skjthe@gmail.com)