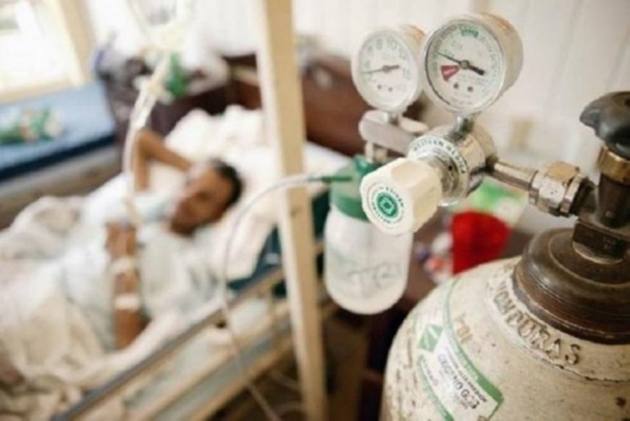 As governments around the globe scramble to enlist corporate and philanthropic support to deal with the COVID-19 emergency, the eastern State of Odisha has set the pace for corporate partnership as an integral part of its response to the calamitous oxygen crisis. In doing so, away from the national spotlight, the disaster-prone state may well have forged a template for an effective and at-scale Public-Private-Partnership (PPP) model for disaster management for the rest of the country to follow.

At the height of the second COVID-19 wave in the months of March, April and May 2021, the social media was consumed by stories and images of desperate patients gasping for breath and their wailing attendants outside hospitals in nearly every part of the country.

In Delhi, which recorded some of the highest COVID infections in the country during the worst days of the second wave of COVID, marquee private hospitals saw record fatalities due to Liquid Medical Oxygen (LMO) shortage.

The situation came to a head on April 23 when 25 severely ill patients died in Sir Ganga Ram Hospital, one of the most reputed health facilities in the country. Just a week later, 12 COVID-19 patients that included a doctor died at the Batra Hospital, another top-notch hospital in Delhi, due to lack of medical oxygen. These deaths got alarm bells ringing in the corridors of power that seemed mostly missing in action in the face of the mounting toll of death by a breath.

Delhi was not alone. As the toll mounted, State after State found themselves clueless in handling the ‘Great Indian Oxygen Crisis’. India very nearly turned into ‘A Country without Medical Oxygen’. The hospital owners worked backchannels and appealed on nightly broadcast media for supply to be restored. Legislators and political biggies were petitioned to intervene. Meanwhile, private hospitals stopped admitting new patients needing oxygen support.

Just then, Odisha embarked upon the corporate philanthropy route in not only meeting its domestic demand but also helping six major states in tiding over the massive LMO crisis.  Since April 22, the state has sent hundreds of metric tonnes of medical oxygen to states like Uttar Pradesh, Madhya Pradesh, Maharashtra, Haryana, Telangana and Andhra Pradesh.

But how did it happen? Leadership matters. For one, the state Chief Minister, Naveen Patnaik, tasked Hemant Sharma, his man-of-the moment and the very hands-on Industries Secretary of the State to lead and coordinate the state’s efforts to restore LMO supply to the affected districts and States that were seeing a major spurt in the COVID crisis as a result of the plummeting Oxygen supply.

The State is home to a thriving steel industry that uses captive industrial oxygen. Several steel majors like the Tatas and Jindals who have massive steel plants in Odisha rose to the nation-wide challenge by curtailing their steel production to make way for as much as 5 to 10 percent of their industrial oxygen into LMO and supplying to the most in-need States.

Patnaik led from the front in overseeing the monitoring mechanism and took regular status updates. The top-level political leadership in Odisha was instrumental in ensuring that the Oxygen management exercise is not hindered by any external factors. The State Government created green corridors and provided police escorts to ensure that there was zero interruption in movement of Oxygen in the state.

Patnaik personally worked behind the scenes to enlist the support of overseas Steel biggies like Arcelor Mittal (AM) to meet the shortfall of oxygen cylinders to deal with additional demand. The Mittals came on board and 10,000 cylinders were shipped specially from China via air transport that was jointly organized by AM and the Industrial Promotion and Investment Corporation of Odisha Limited (IPICOL).

Pradeep Kumar Jena, Odisha’s Special Relief Commissioner, a veteran civil servant and disaster management expert who oversees the State’s Disaster Management Authority, says Odisha was the first State to declare COVID-19 as a Disaster as early as 18 March 2020, invoking the Disaster Management Act 2005. This set the stage for the pandemic response to be mounted on a war footing in the State.

The Government of Odisha first identified the need of medical oxygen when the second wave of COVID-19 started affecting other states in the country. The Government immediately set up a dedicated Oxygen Task Force to manage the production, storage, filling, transportation and overall management of Oxygen.

Chindiri Ramamohan Rao is the man in charge of the Oxygen production and storage at the Jindal Steel and Power Plant (JSPL) in Angul, Orissa. He tells me that he has been under strict instructions by the JSPL Chairman, Naveen Jindal to work overtime in meeting the LMO commitments to the States. “We have lost crores in steel production by diverting our industrial oxygen demand to LMO, but our focus currently is not on profits but on saving lives”, Rao says.

Around the same time when the State was putting its act together, Sharma himself came down with a bad case of COVID positive diagnosis. “While my COVID diagnosis was unfortunate, the work on Oxygen management never stopped, as an able team of senior state officials was working on the subject. The team had well-defined responsibilities and a dedicated Oxygen dashboard was created to get real-time updates on the oxygen consumption, refiling and movement scenario across the entire State. This enabled me to monitor the situation at all times when I was unwell for a brief period,” Sharma tells me.

The task force that was set up by the Government for management of Oxygen, in its first meeting itself identified the opportunity to convert industrial Oxygen produced by the large Steel plants into medical oxygen. This initiative by the State Government led to Odisha emerging as the hub of medical oxygen production not just for the State but also for the entire country.

As hospitals in Delhi continued to send desperate messages for emergency oxygen supplies, warning that patients are at risk, thanks to massive corporate involvement, States like Odisha emerged as one of the heroes in bringing relief to the faraway Oxygen-deficient States.

This was a phase when India’s daily coronavirus death toll was only going North, becoming at one point  the first country to register more than 400,000 new cases in a single day.

For Sharma, one of his first key interactions was with the Oxygen Producers in the State. This meeting brought in the confidence in the State that they can produce enough Oxygen to supply not only to the COVID centers within the State but also the much-affected states across the country.

Multiple meetings were held with major corporates operating in the state to discuss possibility of collaboration in augmenting the Oxygen response with supply of Cryogenic tankers, Oxygen cylinders and Oxygen concentrators. “In each of these meetings, we came out with increased confidence that we will be able to handle the crisis and ensure that no casualty takes place in the State because of oxygen shortage,” says Sharma.

Going forward, the state intends to make all districts self-sufficient by setting up PSA Oxygen generation plants and LMO storage units in partnership with private entities operating in Odisha. Says Sharma, “We have already identified the locations for the plants along with private sector partnerships. Plants in some districts have already been set up and started operating supplying medical oxygen to the district hospitals.

In Orissa, one of the key unforeseen challenges during this period was the arrival of cyclone “Yaas”, especially in the affected districts of Balasore, Bhadrak and Mayurbhanj. To counter the impact of the cyclone, additional oxygen cylinders were diverted to COVID Health Centers in the highly affected districts. In total, over 3,000 cylinders were filled and made available to these Districts and additional filled cylinders were kept on stand-by at Jajpur and Cuttack to be provided on real- time as per requirement.

To ensure that the oxygen filling units in the districts continue operations without disruption in anticipation of power outage, dedicated DG power units were mobilized and installed. Further, dedicated Executive Engineer and electricians were assigned to the units to ensure seamless operations of the DG power units at all times.

The State produces 350 metric tonnes of oxygen daily and has an additional provision of 129 metric tonnes of medical oxygen. Its daily domestic consumption of 40-50 metric tonnes at the height of the second wave was met from the daily production, with the surplus sent to the States that it was assigned to help as part of the central allocation plan.

Odisha has a long history of being prone to disasters—heat waves, droughts, cyclones, floods. If 1999 was known for the devastating Super Cyclone, which killed around 10,000 people, 2001 saw a never-before flood inundating 25 of the state’s 30 districts, and a parched summer and severe drought conditions in some areas. In fighting off disaster at such regular frequencies, Odisha has acquired a special skill of facing calamities with courage. It’s the reason why the state is way ahead right now in tackling India’s current health emergency.

Apart from the private players, many public sector majors like Odisha Hydro Power, Odisha Mining Corporation, Indian Oil and Mahanadi Coal Field, have also extended a helping hand, bearing the cost of hospitals as part of their CSR initiative.

The Odisha PPP model for Medical Oxygen supply chain management at the height of the COVID-19 pandemic has lessons for CSR involvement in effective disaster management around the country. About time more States took the cue as India prepares for Third Wave of COVID-19.

(The writer is an aid worker, UN communications expert and author of “Humans on the Run -- of exiles and asylum”)