How Relevant Is Federalism In View Of The GNCTD Bill?

India will only prosper if all of its states do as well. The solid foundations of federalism and democracy on which our country has thrived will begin to crumble if there is strife between the Centre and the states. 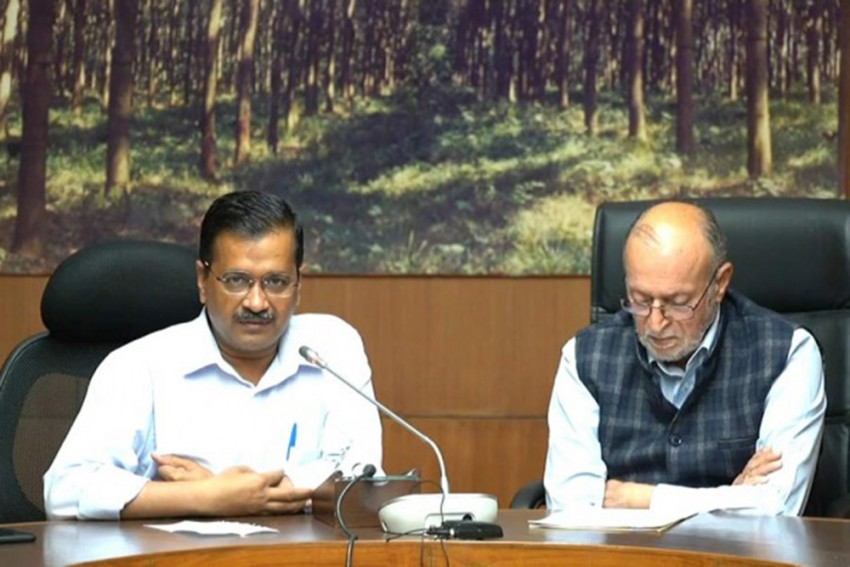 More stories from Akshat Mehta and Priyanshi Jain
View All

On March 25, 2021, Rajya Sabha Member Dr Abhishek Manu Singhvi rose to oppose the Govt of National Capital Territory of Delhi (Amendment) Bill 2021, in his speech in which he termed the bill to be “the most pernicious & most unconstitutional bill Rajya Sabha has ever received”.

This bill has resurrected the old but important discussion on Federalism. Let us look at the history of the events.

One of the most notable characteristics of the Indian Constitution is that, like various other western states, it establishes the structure of a federation. For a long time, the precise nature of India's Federation of states has been a source of contention. In the constituent Assembly, federalism was also a major topic of debate. While detailing the proposed Constitution, JB Kriplani, who was the president at the historic Meerut Session of the Indian National Congress in 1946, asserted that it must be federal in nature with maximum autonomy granted to the states.

With the core of the Indian problem no longer present after Partition, a trend toward centralization became increasingly irresistible. However, the Indian situation did not rule out the need for federation, as the Indian state's composite and heterogeneous nature were far too real to be overlooked. A federal-state structure with significant autonomy for provinces and regions was thus historically necessary, even though the Union would undoubtedly be much stronger than the cabinet mission had predicted.

Supremacy of the Constitution

Republican and democratic form of government

Secular character of the Constitution

Separation of powers between the legislature, the executive & the judiciary

Federal Character of the Constitution

The federal concept may be the result of a voluntary compact between several independent states who agree to become a nation and to surrender such integral part of the power of government to the Centre at the national level. On the other hand, it could be the result of a historical process in which a new nation emerges and, in order to preserve its newly discovered national unity, splits itself into subnational units for the purpose of sharing power at two levels. The former is American federalism, and the latter is Indian federalism.

Justice Ahmadi went on to say in Bommai that the essence of a federation is the existence of the Union and the states, as well as the distribution of powers between them. Federalism thus entails the separation of powers in a federal accord. The observation by Justice Jeevan Reddy & Justice Agrwal is also of utmost importance. They went on to observe that the term "federal" or "federal" government has no specific meaning. It broadly denotes the division of powers between the central (federal) government and the constituent units (states). There are no two federal constitutions that are the same. Each of them, whether from the United States, Canada, Australia, or another country, has its own distinct personality. Each one is the result of a specific historical process. So is the case with India. It was not a case of independent states coming together to form a federation as in the case of USA. The fact that under the scheme of our Constitution, greater power is conferred upon the Centre vis-à-vis the states does not mean that states are mere appendages of the Centre. Within the sphere allotted to them, states are supreme The Centre cannot tamper with their powers. More particularly, the courts should not adopt an approach. An interpretation, which has the effect of or tends to have the effect of whittling down the powers reserved to the states.

It is a matter of common knowledge that over the last several decades, the trend the world over is towards strengthening of central governments --- be it the result of advances in technological/scientific fields or otherwise, and that even in the USA the Centre has become far more powerful notwithstanding the obvious bias in that Constitution in favour of the states, all this must put the court on guard against any conscious whittling down of the powers of the states. Let it be said that federalism in the Indian Constitution is not a matter of administrative convenience, but one of the principle-the outcome of our own historical process and recognition of the ground realities.

Lastly, in I.T.C. Ltd. v. Agricultural Produce Market Committee, a case concerning levying of the licence fee by the Centre in respect of the sale of tobacco in Bihar, the Supreme Court observed that in order to ensure the federal character of the Constitution, it was necessary to interpret the Constitution in a manner that it does not whittle down the powers of the state legislature and preserves the federal character while upholding central supremacy as contemplated by some of its articles.

Coming back to the provisions and conflicts with respect to the Government of NCT of Delhi & the Union Government, there is a jurisdictional dispute between the government of the NCT and the Union government and its representative, the Lieutenant Governor, due to the coexistence of Article 239 and 239AA.

Article 239 empowers the Lieutenant Governor to act independently of his council of ministers, according to the Union government, since New Delhi is a Union Territory. The state government of Delhi, on the other hand, argued that Article 239AA of the Constitution grants Delhi special status as a legislatively elected government. This creates a power struggle over the LG's and state government's administrative powers in the NCT of Delhi.

In, Govt. Of NCT Of Delhi vs Union of India (2018), the five-judge Bench had held that the LG’s concurrence is not required on issues other than police, public order and land. The court further added that the decisions of the council of ministers will, however, have to be communicated to the LG and that the LG was bound by the aid and advice of the council of ministers. The court also said that the “status of the LG of Delhi is not that of a Governor of a state, rather he remains an administrator, in a limited sense, working with the designation of Lieutenant Governor”. It had also pointed out that the elected government must keep in mind that Delhi is not a state.

The Govt of National Capital Territory of Delhi (Amendment) Bill 2021 which was passed yesterday will make it mandatory for the Government of NCT of Delhi to take the opinion of the lieutenant governor before taking executive actions. Further, the Lieutenant Governor has been made synonymous with the Government. Also, the bill provides the LG with enormous powers to refer all matters to the President. These provisions are inherently violative of the 2018 Judgement of Govt. Of NCT fof Delhi vs Union of India as well as abusive of the Doctrine of Pith & Substance.

Logically speaking, the apex court should take advantage of the current controversy to permanently settle the jurisdiction. India will only prosper if all of its states do as well. The solid foundations of federalism and democracy on which our country has thrived will begin to crumble if there is strife between the Centre and the states.