How To Resolve The Farmers’ Crisis: Competition, Not Laws

MSPs provide some sort of support to the farmers. Give them an alternative and they will naturally opt for that. 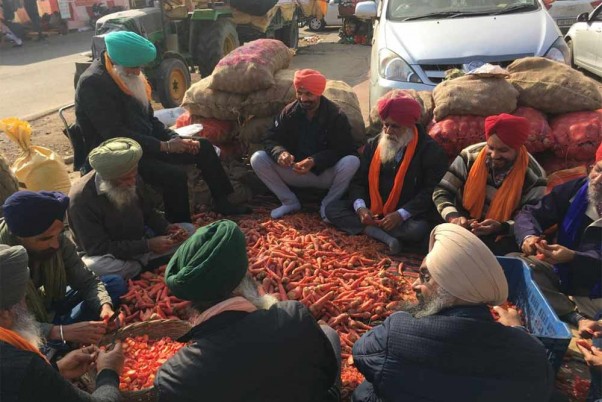 The farmers' agitation has raised issues of a government catering to crony capitalism and a regressive well-off bunch of farmers "standing in the way of progress." I do believe that the former allegation has more than a bit of truth behind it, but not the latter. A largish number of corporates have been dealing with agriculture and farmers for decades, in some cases well before independence, and doing well without the government stepping in with all sorts of laws.

I recall one of India's largest corporates, engaged in a wide variety of consumer goods from toiletries to cooking medium and all sorts of things in between, always had a keen interest in the groundnut crop in Narendra Modi's home state of Gujarat, from where it procured groundnut in bulk from the farmers or the local mandis for the manufacture of one of the best-known cooking oils of that time. This maybe apocryphal, but it apparently paid local village school teachers to provide it with weather reports and rainfall records through the year so that it could decide when to enter the market and buy at an appropriate price. The system seems to have worked well for both farmer and manufacturer without any law or governmental intervention.

My father headed a company that, alas, produced the largest selling cigarette years ago and depended crucially on the tobacco farmers of coastal Andhra. He suddenly found a shortage of tobacco because bidi producers were paying more since they paid virtually no taxes or excise duties leaving them with more money to buy tobacco. And of course bidi tobacco was very different from that required for cigarettes. Instructed by him, his colleagues responsible for buying tobacco went out in the field, offered advances to the farmers and a guarantee to buy their entire produce at a fixed predetermined mutually agreed price. Again no laws, no governmental intervention, no farmer protests. Pure market forces.

Sow Only After Preparing Soil

Perhaps out of a misplaced sense of public duty my father quit his cushy private sector job and went on to head the Food Corporation of India at a time when the food shortage led us to depend heavily on food aid under the US PL 480 deal, that meant we were beggars depending on food donated by the Americans. The Indians were starving and beholden to others. And then further shortages began leading to food riots. Our food habits were forced to change, and I remember our Prime Minister Lal Bahadur Shastri asking all of us to “miss a meal a day.” He also coined the slogan “Jai Jawan! Jai Kisan!” Totally forgotten these days.

Helped by MSP and procurement, the FCI ran trains non-stop from Punjab/Haryana, with wheat to rice eating areas to alleviate hunger. That’s my memory of MSP and procurement. Not that I was starving, not at all. So, MSP and procurement had its birth essentially in basic food, cereals that only Punjab and Haryana produced in plenty. As part of a generation of Indians, old as I am, I owe them so much.

My father worked for a company that was part of a larger group that has since entered into the agri-business in a huge way. I do not know if that company has pushed for specific laws to help it along since nothing has so far come to light.

When I had a brief stint in The Tribune, the largest newspaper in Punjab, Haryana, Himachal and maybe even J&K, a close friend of mine, a government official then, and I would engage in semi-serious and light-hearted discussions over chai and gajar ki halwa (part of the Trib’s policy to provide a milk-based diet for everyone as an insurance against lead poisoning from the printing press! The Bongs ate the halwa and the Punjabis drank the regulation glass of milk!).

The focal point of the debate often was the difference between the Andhra farmers, all universally and possibly and erroneously called Reddy and the Punjabi “Kulak” (both of us were living out the last vestiges of our Uni Left background). The “Reddys” of Andhra, I pointed out from some personal knowledge, were producing large surpluses that they were then investing in industry, in urban real estate, in pharma and hospitals and so on all for higher returns. The Punjab “kulaks” were also producing large surpluses but were putting that into fixed deposits in banks from which they got low returns even though the banks re-invested that money in more profitable (industrial) enterprise. This later became part of the Khalistan issue of money being drained out of the state. However, we concluded like all good almost ex-lefties that the way forward was to push the Kulaks into becoming “capitalists” one way or the other.

My friend who shall still remain nameless was then saddled (side-lined in government terminology) with heading the state agricultural corporation, a dead-end job as it was regarded then. He then turned it around, and I would like to think it was part of our “kulak” debate. He pushed with the backing of his state for the entry of one of the world’s biggest food and beverages multinationals into India. When I asked him why, he said it would enable the “kulak” to supply potatoes to the vast fast- food chain of that company and enrich the “kulak” while making him/her part of a larger national and global economy. And it happened. No coercion, only another customer for the farmer.

India’s largest success story related to agriculture has been Amul. From nowhere India became the world’s second largest dairy producing place in the world. The largest is the EU, an entire continent! Amul is now a major brand. Was that the result of legislation? Did the farmers of Gujarat protest when it began? Or even thereafter?

The examples I have given point one way, and that is to increase competition and not shut it down. Increase competition among the buyers and not the suppliers, and don’t squeeze the suppliers. MSPs provide some sort of support to the farmers, give them an alternative and they will naturally opt for that. Shutting it down will leave them with no choice. Shutting it down is crony capitalism. It’s not the way things worked until now.

(The author is a veteran journalist and political commentator. Views expressed are his own, and don’t necessarily reflect that of Outlook magazine.)