The lives of the people in Delhi's Kusumpur Pahari slum took a turn for the worse in 2020 as the real effects of the pandemic began to unravel. 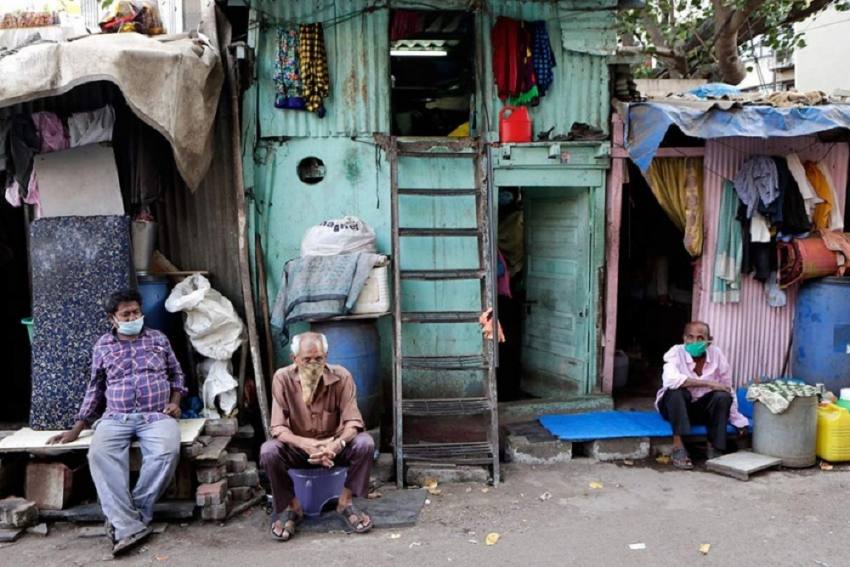 The pandemic is back after a brief hiatus, ravaging the country at a scale never seen before. Millions are getting infected at a far higher rate and the healthcare system is stretched to its limits. State Governments across the country are imposing lockdowns for short periods, which brings back bitter memories of the total lockdown the country faced for months.

The mass exodus of migrants in India that happened during the lockdown period last year was comparable to the Partition of India. Nowhere in our 70 years of independence have so many millions been uprooted from their place of work and forced to trudge across the length and breadth of the country, braving the harsh Indian summer.

With millions of households losing their income, hunger and deprivation of basic amenities became a bigger threat than Covid. In addition to the efforts of the Government, interventions by civil society were one of the reasons that millions did not succumb to hunger.

As governments and health machinery scramble to bring the current wave in control, it is important that we look at how the disadvantaged sections of the society are faring. Do they have enough to eat? Can they pay rent? Are they being forced to pay rent even when the household has no income? Have the children of the house dropped out of school? Are basic health needs being taken care of or has the healthcare system put their non-Covid related needs on hold, till the pandemic subsides.

Let’s take a look at what happened during the previous lockdown in a Juggi-Jhopri (JJ) colony in Delhi.  Kusumpur Pahari - a slum where 100,000 people live, have been eking out a living for decades. The lives of the people here took a turn for the worse in 2020 as the real effects of the pandemic began to unravel. The lockdown, job loss, and the economic hardship associated with it have made life miserable for most households of this sprawling slum, with over 90% reporting a decrease in income.

The disruptive nature of the lockdown is further revealed in a survey done by the Rotary Club of Delhi South Metropolitan in Kusumpur Pahari. The survey found that during the lockdown there was a:

Also, the hardships of the people even after the lockdown was over didn’t ease. When the surveyors inquired with the people who hastily returned from their hometowns, the reasons for doing so they said that there was not much of employment to be found in small towns and villages. In cases where they found jobs, the wages earned were paltry at best and that coming back to Delhi was a much more acceptable option as they hoped to find some kind of employment that would pay far better back home.

So, it is evident that the restoration of the economy to pre-lockdown levels is going to be a time-consuming affair. This would require an all-pervasive effort from all the sections of the society. NGOs and Community Based Organizations would play an instrumental role in that process.

This restoration would also require an army of skilled workers and workers with skills would definitely find an edge over others, in getting a decent job or acquiring upward mobility. In the light of this, any intervention on skill enhancement can bring in a drastic improvement to the livelihood of a locality.

Based on the survey and subsequent analysis of the same we can infer that skill development programmes related to English speaking and writing, computer literacy would be extremely helpful when it comes to finding a job and becoming part of the modern economy. Also, to arrest school dropout rates, helping school students with their curriculum will make it easier for the children to stay in school.

The people of Kusumpur Pahari, as is the case with most JJ colonies, were mostly working as Domestic Helps, Cooks, attendants in nearby shopping malls and delivery boys for e-commerce websites and so the lockdown hit such casual workers the hardest.

This kind of temporary engagement is antithetical to skill generation or skill accumulation. For those, who work as drivers, maids, housekeepers, cooks or attendants in shopping malls, the lack of employable skills is very stark. So, a one-size-fits-all kind of intervention is unlikely to deliver any result. But the common thread that binds them is their dependence on service sector industries.

For any meaningful transformation to happen in the lives of people employed as casual workers, the Government in collaboration with civil society needs to design a variety of interventions ranging from awareness building around the available schemes and services that such a community is entitled to and strengthening community voices for demanding their rights and capacity building.