The Sexual Harassment, Victim Blaming And Rape Culture -- I Remember It All

It was not until when I tried to understand feminism that I fathomed that the casual acts of sexism are not so casual after all. 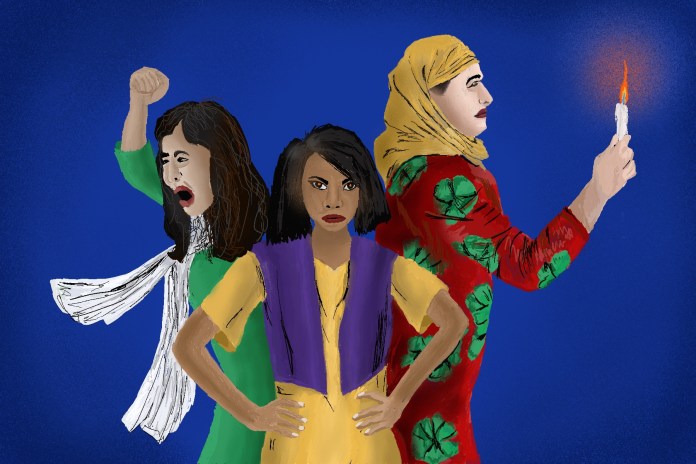 Oh, you must be thinking "What was she wearing?". It was winter season so I was not wearing something short at all. "Oh then, it must be night time, right?" Oh no, not at all. It was 2.30 pm. "Well, since you were not wearing anything short or were not roaming around at night, then you must have looked easy, right?" I don't know. Is sitting in a corner reading a book 'looking easy'? "Things Fall Apart", that's the book I was reading. In retrospect, I couldn't gather the meaning of it until my own life started to fall apart. The moment it happened, I simply knew reading this book is never going to be the same again. And it was not.

It was two years back when a man, probably in his 50s, sat next to me on a public bus. Then he proceeded to take his penis out and started masturbating next to me. I did not what was happening, I was not sure that it is what I think it is. Something clicked in my brain, and I decided to make a video because I was so scared to look at it myself. I saw the recording and couldn't move for a few seconds. Meanwhile, this vile, disgusting man was trying to touch my waist from his elbow. I knew I had to gather whatever courage there was inside me, but there was a haunting fear inside. I don't know why was it there, who installed it, how did it come to being. All I knew was that I had done nothing wrong. I looked back at other passengers and tried to tell them what he was doing, but they kept on looking at my face and did not speak a word.

By then, the man understood that I am aware of his obscenity. While I tried to tell other people, he put his penis inside his pants and immediately walked towards the exit gate. I yelled at him, "Sharam nahi aati, ye kya kar rahe the? Chal police ke paas tujhe le kar chaloon." But the whole bus just kept staring at me, nobody said a single word. He got off at the next stop and I just stood there, numbed at the reality of what happened. I was in shock, but even in that moment of feeling extremely violated, there came an even smaller moment where I just felt so ashamed for my being. It felt like the incident had taken something from me.

This is not my story alone. There are several girls out there who face this on an everyday basis. But what struck with me was that I had 'video proof', something that I could show to the police, could make sure that it reaches out there in the world.

But what about those whose stories are unheard?

Keats said, "Heard melodies are sweet, but those unheard are sweeter." In the case of women, however, dissonance would be a suitable word for unheard stories. The very foundation of our society would tremble in fear once women start counting every single encounter of their torture and pain.

My sexual harassment case caught the attention of Taslima Nasreen, an acclaimed writer who, in a tweet regarding my ordeal, called it "a victimless crime". It reminded me of her books "Aurat Ke Haq Mein", a sharp critique of patriarchal notions of society, and "Lajja", one of her most notable works. You see, when a feminist writer like Nasreen herself, who used to be an inspirational artist for me, makes such comments, it becomes difficult to reach out to others for help. When actual physical violence proves to be impossible to be treated as violence, then intangible violence such as psychological harassment, and emotional torture are simply too convoluted for most Indians.

Taslima Nasreen is right in a way. I am not a victim. I am a survivor. I never let that incident define me even though our parents taught us to forget about it, to not treat it like a big deal. It certainly was not easy to speak up, but I knew, the minute I would speak up I would write my narrative – my own story.

In the slew of interrogatory and rather intrusive questions that followed, I was also asked rhetorically whether I was unlucky enough to be raped or not. Should I have waited for him to rape me? Wasn't taking his penis out enough public offence? This is where we forget to question those casual acts of underlying misogyny and patriarchy. How can someone make a difference between murder or an attempt to murder? Is it simply based on the success of the attempt and not the intention behind it? The reason why 'bois locker room' doesn't shock us is that ever since childhood we have been told enough times not to be outrageous, to not gather attention, and not be like this and that.

Rape culture promotes ugly acts of systematic violence. I have faced violence from my female friends because of my sexual relations with a male relative. She chose to physically harm me, questioned my morals but casually forgot that the male was equally involved in the act. Men and their morals are rarely questioned for such acts and they get away with it. The more they do, the more they realize that they can ruin lives and not be held accountable.

Does being open about my sexual history and choices renders me a bad feminist? Is exploring oneself and their sexuality only reserved for men? Feminism is the utmost liberation of women and their sexual agency as well as normalising the notion that it is not only men who can be sexually active.

It was not until when I tried to understand feminism that I understood that those casual acts of sexism are not so casual and they foster ghastly notions of patriarchal values. Women are quite familiar with phrases "Oh, don't bring your feminism here", "I am not a feminist but I believe in equality", "Feminism is for women". What it shows is that feminism has still quite a long way to go. Whenever women’s issues are raised, "men’s issues" are brought in--not as support but as counter-arguments. In a culture that denies women’s rights, steals their agency to speak up, to retaliate, the language of power favours only men and normalises casual sexism, misogynistic beliefs, which we pass on to our next generation. Any place where men acquire a larger space than women, whether in the private or public sphere, really hampers women and their freedom of choice. It limits their participation in the public domain. Whenever they come into the public domain to voice up their opinions, they are made aware of their biological identity.

Just after three months of the bus incident, I went to Rajasthan for an internship, I came across a woman who was saddened by the fact she is being paid less than her male counterpart. It made me wonder how she was aware of the disparity without knowing or reading about feminism. And then it hit me: feminism is not just a theory anymore but praxis.

Feminism for modern women and working-class women have different connotations; a woman fighting for her rights in a working-class environment might not understand feminism, but she still struggles to get her basic rights. On the other hand, modern women not only have an understanding of feminism but also has the privilege to share their stories of oppression. The difference is between privilege and struggle. While these stories are important and should not be undermined, it is equally imperative to listen to those unheard stories where the intolerable structure of patriarchy functions.

In a recent movie ‘Thappad’, actor Tapsee Pannu says “uss ek thappad se mujhe woh saari unfair cheese saaf saaf dikhai dene lag gayi jinhe mei abhi tak andekha karti aarahi thi.” It is for many of us that one encounter has changed the meaning of our lives and visiblised those hitherto unseen encounters and experiences. It is really shocking that we do not have enough tools or parametres to recognise an assault and in some cases even rape. Our education in this context has failed miserably to address these issues; it has never focused on respecting boundaries or to be a decent human being. Forcing yourself on someone is not an act of bravery but an act of cowardice. This is the time to acknowledge the uncomfortable truth that assaulting someone in a public bus or marital rape are not hapless crimes but instead a person chooses to do so and it’s frightening.