If UN Wants To Sustain, Organisational Reform Is The Need Of The Hour 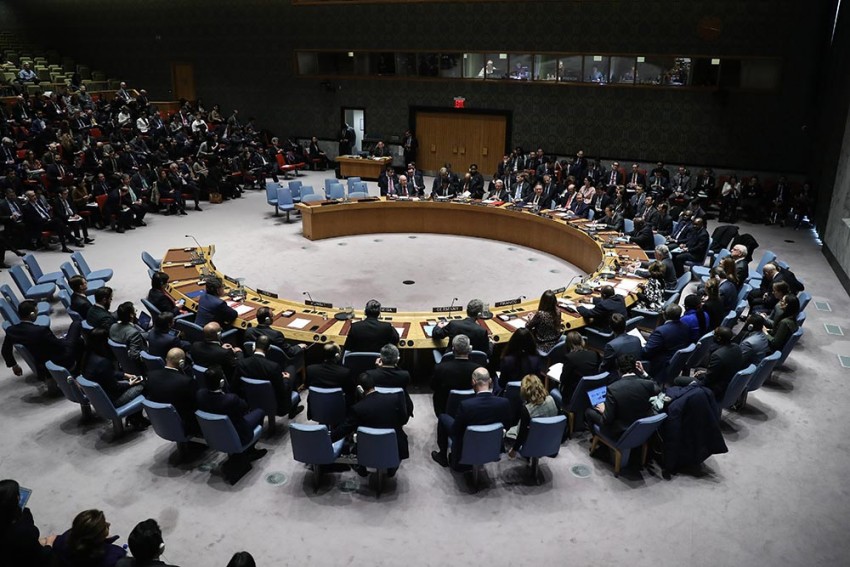 A prolonged war in Syria, uncooperative and headstrong global leadership, and a worldwide pandemic. This is hardly the celebration the UN envisioned for its 75th anniversary. And yet, recent events have refused to provide respite to the now atrophied organisation. With the WHO, the global health organisation under its wing helmed by a genuflecting commander and abandoned by its most generous donor, battling bouts of incompetence, and its security council placing internal squabbles above a pandemic resolution, the UN is left fighting fires even while it tries to dodge an existential crisis.

Born at a time when the US and USSR were asserting their belligerence towards the other through either expansionist Eastern European strategies or benevolent European economic rescue plans, the UN reflected the urgent need for international cooperation. With a meteoric growth from 51 to 193 member nations, the UN has come a long way from narrowly averting a snowballed war to implementing successful peacekeeping missions globally. Despite popular skepticism, the UN does come with an impressive resume. That is, until a polemic account of its disastrous failures is catalogued by its fervent critics. In the forefront of its missions, both exalted and condemned, is the beleaguered United Nations Security Council.

The council stumbled into fame in India recently, thanks to the express forwards of ‘woke WhatsApp people’ and their unrestrained jubilation over India’s acceptance in the sacrosanct council as a non-permanent member. However, a transient two-year term in an organisation fraught with delays in resolutions that could put the inefficiency of a government daftar to shame, seems rather underwhelming. Au contraire, the permanent members, the infamous P5 cartel of the US,  the UK, France, China and Russia, viz, the WW2 victors, with their unfettered, perpetual powers coupled with muddled ethics often prompt even the most ardent supporters to question the democratic nature of the organisation. It is quite axiomatic that permanency doesn’t bode well in democratic institutions. Especially, permanency in what seems like an unfair distribution of power. While the US, China and Russia still command the magnanimity which secured their approval in 1945, one wonders if the same can be said about France or even the UK. Indeed, there has been a growing list of subscribers for Germany, India and Japan to ascend the throne of permanency with a louder call to retire some of the old guard.

This brings us to the problem of unequal representation within the permanent members that plagues the supposed vanguard organisation. The UNSC has been accused of perpetrating regional and economic imbalance in its pursuit of a puritan permanency. It is quite exasperating to have countries deliberate upon the fate of unfamiliar nations, not to mention the glaring hostility that spawns from mutual distrust. This has evoked a legitimate support for the permanent inclusion of the G4, viz, Germany, Japan, India and Brazil, by the virtue of their economic supremacy, supplemented by their contribution to UN missions. Japan, India and Germany, each boast of having a GDP larger than at least three of the P5 members with Brazil trailing close behind. India, the third largest economy in the world, is a force to reckon with in Asia and consequentially, a formidable opponent to the oriental dragon. A burgeoning democracy of 1.3 billion people, it has been a significant contributor to the UN’s peacekeeping missions. The second largest contributor towards the UN’s financial aid with a significant role in the development of Southeast Asian countries, Japan’s candidacy has been largely stonewalled by China citing WW2 atrocities. A similar ghost haunts Germany’s quest for permanency despite being an irrefutable leader of the EU. The largest country in South America in terms of area, population and GDP, Brazil is a fair contender from an unrepresented continent. Africa, another continent snubbed by the council, which ironically is heavily invested in the region’s growth, is increasingly promoting South Africa and Nigeria for permanent membership. With very little merit in resistance, which is typically, disguised political rivalry, there is an ever-louder clarion call for G4 and African Union inclusion as permanent members to ensure a balance of power.

This inexorable allure of permanent membership is unquestionably due to the perks bequeathed. Which brings us to the most contentious of the privileges that the P5 enjoy: Veto power. The rule of ‘the great power unanimity’ of the UN charter which necessitates the P5 to concur in order to adopt any resolution. Despite being riddled with criticisms, permanent membership and veto together ensure that groupism, lobbying and biased voting do not mar the integrity of the council. The veto, however, has been magnificently counterproductive. It is common knowledge that any resolution against the P5 or their allies never sees light of the day. Pundits screaming ‘Quis custodiet ipsos custodes?’ would recite a litany of examples to make their case. The veto, under the façade of the greater good, serves as an invidious apparatus to promote and further the ambitions of member nations and acts as an excuse to wash their hands off any inaction. On the other hand, non-permanent members are cudgeled for minor transgressions, thereby deepening the cracks of inequities.

The UNSC’s reluctance to take decisive action against powerful aggressors and its resistance to reform puts it dangerously in the company of impotent organisations. If the UN wants to escape the fate of its predecessor, organisational reform is the need of the hour. A three-point plan embracing democracy can provide succor to the wounded organisation. One, induction of new permanent members led by the G4 nations along with African representation. Two, restricting the use of vetoes or abolishing vetoes in cases of serious human rights violations. And three, abandoning closed-door discussions to boost transparency. However, the adoption of any reforms relies entirely on the benevolence of the P5. The world today needs an organisation that strives to instill peace unfettered by the manacles of any vested interests. Organisational reform upholding democracy is the pis aller that will deliver the UNSC along with the UN from collapse and help it stay true to its raison d'etre.

(The author is a social commentator, tech consultant and an alumnus of the Indian School of Business. Views expressed are personal.)