Petrol and diesel prices were deregulated in 2010 and 2014 respectively but it is a case of deregulation over papers only. 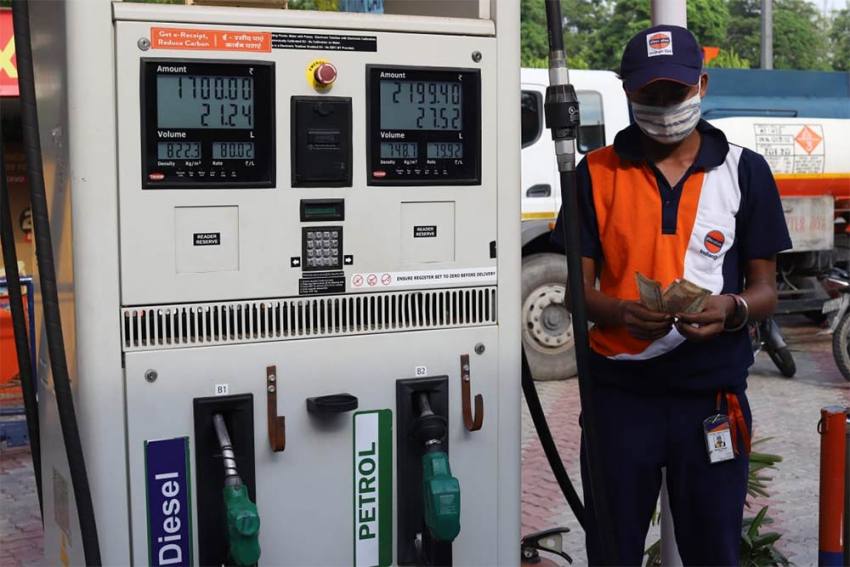 The price of premium petrol has crossed Rs 100 per litre mark in a few cities and a litre of normal petrol is also costing over Rs 90. In Pakistan, people are on roads over the spike in fuel prices and our country too is facing a protest but for a different reason.

Though the Consumer Price Index (CPI)-based inflation rate is within the mandated rate advised to RBI Monetary Policy Committee (MPC) the rise in fuel price has started pinching the common man. The rise in fuel prices has a cascading effect all over the economy but if there is a downward revision in prices, we hardly witness a corresponding price adjustment by the suppliers or service providers.

Petrol and diesel prices were deregulated in 2010 and 2014 respectively but it is a case of deregulation over papers only. Deregulation means the retail price of commodities should be moving in tandem (though not in exact proportion) to the changes in global price. However, both centre and state governments have considered a southward movement in crude price as an opportunity to hike taxes.

In other words, consumers are asked to bear the burden when there is a hike in crude price but taxes are levied when there is a fall in prices. In NCT Delhi, overall tax incidence on petrol was Rs 22 in 2014 which has been increased to Rs 53 in February 2020. The central government has replaced excise duty component with various cess (Road & Infra Cess and Agriculture Infrastructure and Development Cess, AID) resulting in lesser devolution to states from the consolidated fund of India even though the collection has increased.

Out of total tax of Rs 53, central government’s net share is Rs 27.9 after sharing Rs 5.1 with states and overall share of states comes to Rs 25. Both centre and states are responsible for high tax incidence but only centre faces the brickbat because people are unaware of the tax structure and revenue devolution.

Tax on petroleum has become a cash cow for the government and discussion about bringing this under the ambit of Goods and Services Tax (GST) is just an eyewash for common people because no government would like to do so. Above facts are reinforced from the budget data released by government which shows that central excise collection for the year 2020-21 has increased from Rs 267,000 crores of the budget estimate to Rs 361,000 crores in revised estimates (source­- Receipt Budget 2021).

An increase of Rs 94,000 crores in tax collection as compared to budget estimate shows the immorality of our policymakers given the fact that tax incidence is to be borne by ultimate consumers whose livelihoods are impacted due to Covid. Public Enterprises Survey published by the Department of Public Enterprises shows that oil Public Sector Undertaking (PSUs) have consistently made an annual profit of about 10 billion USD since 2016-17. Governments also know that fuel demand is inelastic to its price change and people will continue to purchase it.

Time and again social media posts are circulated citing repayment of a loan by NDA government as a reason behind high fuel prices. As a matter of fact, oil bonds worth Rs 3,500 crores only have been redeemed so far and that too in 2015 (source­- Annexure to Receipt Budgets). There can be another argument (though yet to come across over social media) that INR has depreciated and therefore importers have to pay a higher amount in rupee terms. All these arguments look good when they come from government or functionaries of the ruling party but appear puerile when given by analysts.

There is no denying that government needs resources to run welfare schemes and create infrastructure facilities. However, it is the job of the government to maintain a balance between the different class of taxpayers. Sadly, this balance is missing and it can be vouched from the fact that corporate sector has received major benefits like tax rate reduction, the abolition of dividend distribution tax (DDT) etc. but on the contrary, various tax incentives available to the middle class are withdrawn gradually.

Abolishing Dividend Distribution Tax (DDT) for corporates but taxing dividend, capital gains and now even interest on the provident fund in the hand of individuals shows that decision-makers are least concerned about the pains and gains of the middle class.

Policymakers and economic advisors in governments should be sceptical of their choices. A government is for the people and if ruling parties in the centre and states lose touch with mass then they will meet the same fate as congress. There are laws to check profiteering by business entities but there is nothing except moral compass to stop the governments form profiteering at the expense of its own citizen.

(The author is a Chartered Accountant and Public Policy Analyst. Views expressed are personal.)