The indigenous healers are not only relying on nature for medicinal remedies but are also forging stronger bonds with their natural environments. 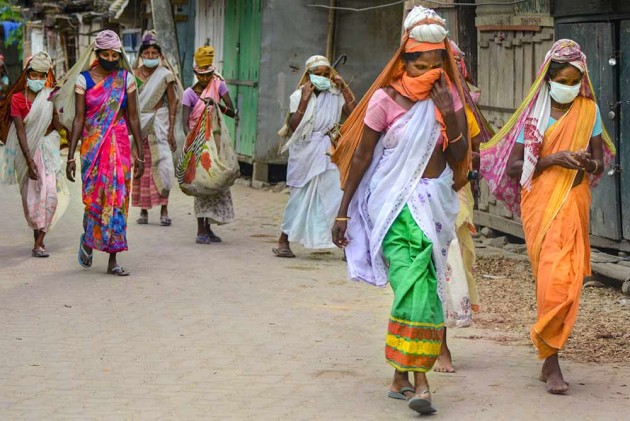 The therapeutic spirituality of the indigenous people offers lessons for our present and future. In it, there may be an answer why Arunachal Pradesh has successfully beaten back the coronavirus pandemic.

Much before the first Covid-19 case was reported from Arunachal Pradesh, the Galo tribe enforced their customary rituals equivalent to quarantining the community. They fenced off their villages and blocked the entry of outsiders after performing Ali-Ternam rituals to ward off the “spirit” embodying the coronavirus.

The Adi tribe inhabiting East Siang and Lower Dibang Valley of Arunachal Pradesh, too, performed indigenous rituals through shamans who summon their mystical powers to locate wild herbs for concoctions during epidemics.

Modern societies see epidemics as wars that have to be waged and viruses as enemies that need to be vanquished. The framing of epidemiological issues in the language of war illustrates the prevalence of militarised thinking and further enables it. Conversations, commentaries and speeches are rife with war-like metaphors such as “at the frontlines”, “war room” and “invisible enemy.” This thinking, which lies at the core of all modern societies, has led to the dismissal of tribal therapies as primitive and unsustainable.

The indigenous people are not consumed by the frenetic desire for control. To them, epidemics are not opportunities for mastery over the unknown through human action. Instead, they see viral outbreaks as “part of nature”, and as “beings that have come to us as remedies to cure the spiritual ills of society.”

A quiet understanding through deeply-rooted experiences of past traumas and nature’s onslaughts, have prepared them to recalibrate for a better future.

Central to tribal resilience is a deep spiritual commitment to nature and community welfare, which have allowed for their survival and cultural continuity.

While sheltering indoors has become the protective valve for some of us amid the coronavirus outbreak, tribal communities are turning more and more to pre-modern ways to ensure greater social and cultural gain for the community.

Gathering, cooking and sharing of food; scouting for medicinal plants; performing rituals and prayers to placate tribal deities, and spiritual healing therapies are being applied by them to revive the indigenous idea that humans must serve as caregivers of nature, and that nature itself is a lesson in endurance.

Tribal religious beliefs, which are rooted in openness and adaptation, are codes to preserve resources critical to the community’s survival. These have become manifestly clearer during the present pandemic.

In Bastar, indigenous faith healers who function as traditional health practitioners are urging people not to be intimidated by social distancing caveats since isolation and self-reliance have been part of the tribal culture for millennia. These social and cultural mores have been critical to indigenous people maintaining their old-fashioned ways and sovereignty.

In their fortress of forests, sky and natural plenitude, the indigenous healers are not only relying more on nature for medicinal remedies but are also forging stronger bonds with their natural environments. They are preparing and distributing their earthy concoctions among villagers and urging them to develop more holistic relationships with nature and eco-gods such as Van Devi, BudhaDev and AngaDev, and other ancestors and spirits.

An important role of the forest deity is that of a mentor. Any serious question troubling the community is brought to the attention of these deities. And in epidemic times, the gods—who speak to the people through shamans and hereditary priests—are believed to redirect the residents to community welfare through ancestral teachings and traditions.

Using shamans as their spiritual guides, the healers tap into tribal knowledge to churn out immunity-boosting remedies from fruits, seeds and bioactive compounds. These concoctions are eco-friendly. They also compensate for the vast structural inequalities in public healthcare access across India.

These indigenous practices have worked well in Chhattisgarh's Bastar which has remained coronavirus-free despite several cases being reported across the state. Even though the government merely alerted the indigenous people to remain vigilant, the traditional healers played a crucial role in sensitising the people about the dangers of an anthropocentric outlook.

This approach has also been applied in villages across Odisha’s Sundergarh district, where tribal women are urging residents to use traditional remedies handed down by their ancestors. In Brazil’s Amazon region, indigenous healers are helping people survive without leaning on their saturated state health system.

In Oregon, Native American spiritual leaders have found creative ways to beat back the pandemic through storytellers, comedians and musicians. On their Native Wellness Power Hour on social media, indigenous women are lecturing ways to navigate mental health crises following social isolation, and other economic and cultural distresses.

A spiritual leader from Bastar recently told me the biggest lesson from the pandemic is reflection. “The magnetic appeal of unfettered consumption needs to go,” he said. “We are just a small part of this ecosystem; we can’t just take, we need to give back.”

(Priyadarshini Sen is an Independent Journalist based in Delhi. She writes for India and US-based media. Views are personal.)