Purity and pollution were considered an integral part of the traditional, rigid caste system. With a renewed thrust on 'social distancing', are we, unwittingly, endorsing an unequal social order? 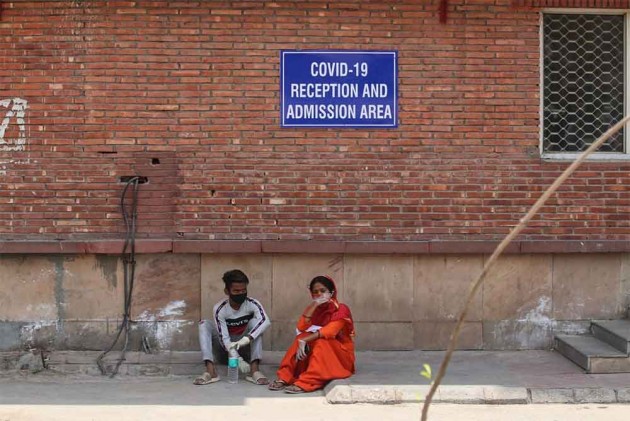 There are not many luminaries who have been a part of our national conscience like Mahatma Gandhi, Sardar Patel and B R Ambedkar have been. Amongst them, Ambedkar stands out because of his background, and the deeply entrenched caste system that he fought against.

Ambedkar was never a sectional hero; he was, and has been, a universal icon of liberty, equality, and fraternity. All political parties—from the Left to Right—consider Ambedkar a champion of the marginalised, deprived, and dispossessed. Deep-rooted caste hierarchies, which were an ugly truth during his time, remain a reality even today, though many would argue that with increased urbanisation and free market, caste has weakened to a great extent.

The Covid-19 pandemic makes Ambedkar’s ideals and teachings especially relevant because of the massive push to the idea of “social distancing”.

“Social distancing” has been associated with Hindu orthodoxy for long. Purity and pollution were considered an integral part of the traditional, rigid caste system. With a renewed thrust on “social distancing”, are we, unwittingly, endorsing an unequal social order?

The entire Indian political spectrum—the Left, Congress, BSP, BJP, and newer players like Chandrashekhar Azad Ravan and Jignesh Mevani—swear by Ambedkar’s ideals, and talk about his contributions on his birth and death anniversary. However, we rarely celebrate the day when his all-important undelivered speech Annihilation of Caste was published.

Ambedkar’s Annihilation of Caste best explains what’s wrong with the Hindu caste system, and what needs to be done to create an equal social order.

Ambedkar believed that to make a democratic and equal Hindu social order, we need to vigorously encourage inter-caste dining and inter-caste marriages. And we need to question, nay disown, the religious texts that sanction social discrimination.

The BSP, founded by Kanshi Ram, has often accused the Congress and the BJP of being manuvadi. In its prime, BSP painted Uttar Pradesh blue with hundreds of Ambedkar statues—symbolising Dalit pride. It, however, never championed social change, content as it was with political empowerment. The newbies, including Azad, and Mevani, take up Dalit causes, but are yet to find their feet.

The Left has never really addressed the issue of caste and caste discrimination, in earnest. Look at the composition of CPM politburo, as a case in point. Belatedly, some student groups are experimenting with blending Ambedkarite and Left philosophies.

The Congress, traditionally an umbrella party, was home to all castes and communities, but critics say that the Dalits in the party were never groomed to be rulers. Instead, the classic patron-client arrangement was always at play in the Congress. Little wonder then that with the ascension of the BSP in UP, there was a near-total shift of Congress’s Dalit support base in the state.

In the BJP, now the pivot of the political system, the arrangement was qualitatively different. The Ram Janmabhoomi movement of the early 1990s sought to create a unified Hindu identity. A Dalit laying the foundation stone of the Ram Temple at Ayodhya was touted to have a great symbolic value.

Today, the BJP claims to have the biggest representation of Dalit MPs. Under Narendra Modi, the BJP has found favour with the OBCs, and sections of Dalits, in addition to its traditional upper caste vote.

What has the BJP, however, done for the Dalits? A party that is essentially Hindu-first (while promoting sabka saath, sabka vikas) owes to Dalits to create a democratic social order.

A Dalit President and Ambedkar memorials may have symbolic values, but it’s time to move forward and deliver tangibles. Promoting “social distancing”, (instead of say, “physical distancing”) actually, might be a step backwards.

Admittedly, social change cannot be enforced and cannot be in the domain of the government alone. It’s here that the role of the RSS, a social organisation, becomes crucial. The RSS believes in a “Hindu India”, and is also known to run a “samrasta” (unity / oneness) campaign.

But, clearly, much more needs to be done.

Can this begin by making Ambedkar’s Annihilation of Caste a compulsory reading in our educational institutions? Can PM Modi use one of his Mann ki Baat sessions to appeal to all to put an end to birth-based caste-based discrimination? In these Covid times, can we put out an appeal to maintain “physical distancing” instead of “social distancing”?

Inter-caste marriages need to be promoted big time, and an appeal from the PM can only be the starting point. Dalit cooks in schools serving mid-day meals could be another starting point—promoting the idea of inter-dining. Dalit priests need to be encouraged. The Tirumala Tirupati Devasthanams, in a pilot project, has trained Dalit priests. Patna’s famous Mahavir Temple has a Dalit priest. Maybe the upcoming Ram Temple at Ayodhya, too, should have a Dalit priest.

Rajya Sabha member Narendra Jadhav once suggested that dropping of surnames/family names could be another way to fight caste. Dalit entrepreneurship, which has already gathered momentum with fora like DICCI, needs to be encouraged a lot more.

While India unitedly fights the Covid-19 pandemic, it needs to ensure that the Indians are equal in this unity. Ambedkar—and his Annihilation of Caste—is one good starting point.

(Ambedkar published Annihilation of Caste on May 15, 1936)

(Suman K Jha, a JNU alumnus, is a former journalist. He tweets at @skjsumankjha. Views expressed are personal.)