Independence Diary: 'Unity In Diversity' One Of The Most Powerful Thoughts India Gave World

Nehru who had a deep understanding of Indian cultural ethos had made a terrible mistake when he tried to graft alien concepts like secularism onto the Indian psyche for political purposes. 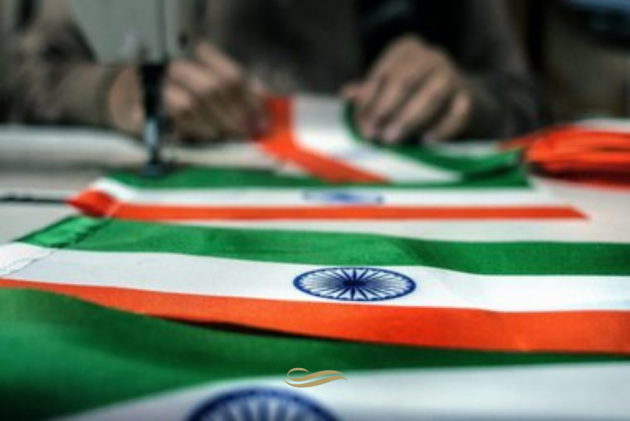 The motto of Sahitya Akademi, given by Dr S Radhakrishnan, reads: “All Indian literature is one, written in different languages.” This can be said about Indian culture also. Regional cultures , manifested in different tongues and idioms with local characteristics and colours, carry within their core the flavour of India’s soul. The totality of all these manifestations is Indian culture and it defines our national identity or selfhood.

According to Swami Vivekananda, it was India’s religion that “taught the world both tolerance and universal acceptance”. India has always given space to all streams of thought and allowed them to flourish drawing sustenance from their reservoir of ideas. It never hesitated to assimilate ideas from them, as also from elsewhere as Upanishads had exhorted: accept all “noble thoughts coming from all sides”.  It had given the status of rishi to even Charvaka, the atheist philosopher, who had challenged the Vedas and ridiculed the belief systems of the people.

Historians say that in the past India was never a strong state but a strong society, unlike China, where it had a strong state but a weak society. What brought about this strength and cultural cohesion for thousands of years is its concept of dharma. The society was ruled by dharma and the ruler was not the interpreter of dharma.

‘Unity in diversity’ is one of the most powerful thoughts India has given to the world. From time immemorial, Indians have never felt the need to bring about uniformity among people. On the other hand, Indians have always displayed a unique ability to look through the diversities to explore the innate unity. In his book The Discovery of India, Jawaharlal Nehru explained this idea of ‘unity in diversity’ and claimed that it is the defining character of Indian civilization. He writes: “Some kind of a dream of unity has occupied the mind of India since the dawn of civilization. That unity was not conceived as something imposed from outside, standardization of externs or even of beliefs. It was something deeper and, within its fold, the widest tolerance of belief and custom was practised and every variety acknowledged and even encouraged.”

We should bear in mind that ‘unity in diversity’ is not ‘cultural pluralism’ or multiculturalism – the current coin. Multiculturalism, a sequel to Liberal Communism, means diverse or conflicting cultures, running parallel, meeting nowhere. In other words, multiculturalism, the antithesis of assimilation, lays its emphasis on differences rather than commonalities. This has wreaked havoc in Western societies from where it had originated and many influential thinkers and leaders in Europe are calling for dumping this concept.

Nehru who had a deep understanding of Indian cultural ethos had made a terrible mistake when he tried to graft the alien concepts like secularism onto the Indian psyche for political purposes. Nehru’s Cabinet colleague KM Munshi had forewarned about the dangers of this concept in his letter to the then Prime Minister. Munshi writes: “In (secularism’s) its name, again, politicians in power adopt a strange attitude which, while it condones the susceptibilities, religious and social, of the minority communities, is too ready to brand similar susceptibilities in the majority community as communalistic and reactionary. How secularism sometimes becomes allergic to Hinduism will be apparent from certain episodes relating to the reconstruction of Somnath temple.” This is exactly why senior BJP leader L K Advani had termed Nehruvian secularism as pseudo-secularism.

There is a school of thought that believes that India is a nation in making and the process started since 1947. This is not correct. From time immemorial, India was considered as one nation from the Himalayas to Kanyakumari. We treat it as our mother. This concept echoes in Prithvi Sukta of the Vedas down to Bankim Chandra Chatterjee’s Vande Mataram. As Aurobindo states: “It is not a piece of earth, nor a figure of speech nor a fiction of the mind. It is the mighty Shakti. The Shakti we call Bhavani Bharati is the living unity of the Shaktis of three hundred million people” (this was India’s total population then). In this context, it would be pertinent to note all nationalist freedom fighters irrespective of their caste or religion considered Bharat as their mother. Freedom fighter Asfaqulla Khan who wrote a poem, the gist of which is: “I am a Muslim and hence can’t talk about rebirth. But I will seek rebirth to free Bharat Mata”.

The Dharma, the civilizational core of India, is a holistic concept whose scope goes beyond the limits of rituals and religion. Our social, economical, political and environmental outlook was shaped by this concept. India had an economic paradigm, which was different from the Capitalist and Socialist models. Kautilya’s Arthsastra talks about the importance of wealth creation and asked the rulers to protect the interests of the trading communities as uninterrupted commercial activities ensured flow of revenues for the kingdom. Profit never a taboo. India’s economic decline started during the Mughals who started charging high taxes. But it was the British who destroyed our economic structure completely.

The AtmaNirbhar Bharat campaign launched by Prime Minister Narendra Modi is an expression of our national aspiration. Atma means ‘soul’ in Indian languages. So, it is a journey to rediscover our national selfhood.

(J Nandkumar is the convenor of Prajna Pravah, an RSS-affiliated think-tank. Views expressed in this article are personal and may not reflect the views of Outlook Magazine.)