India, Covid-19 And The Dangers Lurking In Monsoon

Malaria, dengue and now Covid-19 have emphasised the need for robust reporting systems to quickly identify new outbreaks and of the importance of strengthening health systems at the national, state and district levels 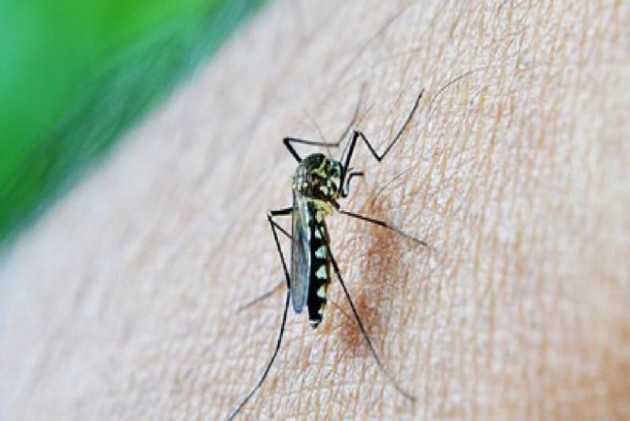 The start of monsoons signals the end of the mango season in large parts of India. It also marks the beginning of a season of tropical diseases like malaria and dengue caused by mosquitos that breed in puddles and other pools of water left behind. Both pose a great threat to scores of Indians across the country.

India has made impressive gains in the fight against malaria. With a 60% drop in malaria cases between 2017 and 2019, India was commended in WHO’s 2020 Global Malaria Report, as one of the few countries to have shown a consistent decline in malaria at a time when global progress against malaria has plateaued. The incidence of dengue however has grown dramatically around the world in recent decades. The largest number of dengue cases ever reported globally was in 2019, according to the WHO. India alone recorded 157,315 cases in 2019, compared to 101,192 in 2018.

As the second wave of Covid-19 infections began to ease in mid-May, India’s healthcare system got a respite after weeks of battling the relentless onslaught of Covid-19. Hospital beds are freeing up again and vaccinations are rolling out.  But the country is bracing for a potential third wave.

Other public health priorities, such as the battle against malaria, have been affected by the pandemic.  A recent survey by Geneva-based The Global Fund on the impact of Covid-19 on malaria programs in seven Asian countries found that malaria diagnoses fell 56%, while malaria treatments dropped 59%. In India, the pandemic has disrupted even basic programs to control malaria and dengue such as insecticide fogging and the distribution of bed nets. This has increased the risk of malaria and dengue in the current monsoon season. If India suffers the third wave of Covid, its healthcare infrastructure will struggle to handle the combined surge in cases of Covid, dengue and malaria.

To compound matters, fever is a common symptom of malaria, dengue and Covid. These blind spots and challenges expose communities to significant risk, as well as coming at a devastating cost to individuals and families. Early access to healthcare, diagnosis and treatment helps limit the risk of complications requiring hospitalisation. Patients with fever need to be tested to rule out Covid-19 and then determine whether they have malaria or dengue. And laboratory tests—not rapid testing in the field—are the best way to correctly identify infection. Investments to strengthen surveillance, real-time data and diagnostic capacity are therefore crucial.

Managing mosquito populations at the onset of the monsoon season is also vital. Local bodies like panchayats and municipalities can quickly identify new hotspots of malaria and dengue and target insecticide fogging. In many parts of the country, ASHAs – India’s first line of defence female health workers, and a critical link between the community and public health system- have been deployed to provide prevention education for several health issues, including dengue, malaria, and now Covid-19. But households should also take it upon themselves to ensure that stagnant water does not collect in empty containers where mosquitoes can breed.

Since malaria, dengue and other mosquito-borne diseases are highly influenced by weather and weather events, a new initiative recently launched in India has brought together experts and researchers from health, climate and technology fields to define and operationalise climate-based malaria prediction tools that will be tailored to further progress toward malaria elimination. Initiatives, like these, may shed light and learnings for diseases like dengue and other mosquito-borne diseases.

Malaria, dengue and now Covid-19 have emphasised the need for robust reporting systems to quickly identify new outbreaks and of the importance of strengthening health systems at the national, state and district levels. Investments in strengthening the overall health infrastructure— including testing, reporting and utilising the resulting data for decision making—have a powerful impact against infections on not just one disease, but several.

(Amita Chebbi is the Senior Director, Asia Pacific Leaders Malaria Alliance & Asia Pacific Malaria Elimination Network. Views expressed in this article are personal and may not reflect the views of Outlook Magazine.)